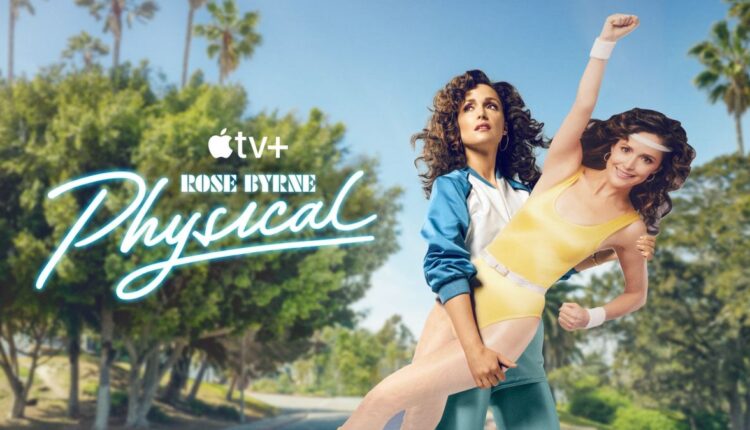 Zooey Deschanel is about to make her Apple TV+ debut.

As reported by Deadline, the actress has signed on to star opposite Rose Byrne in the third season of the comedy/drama series. According to the report, Deschanel will play Kelly, a “network sitcom star who decides to enter the burgeoning fitness industry.”

Deschanel doesn’t need to make a huge jump for this role. The actress is well known for a number of projects, including the smash comedy television sitcom hit “New Girl” which ran for seven seasons. She also starred in 500 Days of Summer, Elf, Yes Man, and my personal favorite, The Happening.

What will season three of Physical be about?

There currently aren’t any details as to when the third season will go into production or when it will premiere on Apple TV+.

Thankfully, while we’re waiting for season three, the entirety of seasons one and two are already streaming on the service.

Set in the idyllic but fragile beach paradise of sunny 1980s San Diego, “Physical” is a half-hour dark comedy following Sheila Rubin, a quietly tortured, seemingly dutiful housewife supporting her smart but controversial husband’s bid for state assembly. But behind closed doors, Sheila has her own darkly funny take on life she rarely lets the world see. She’s also battling a complex set of personal demons relating to her self-image… that is, until she finds release through the unlikeliest source: the world of aerobics.

At first hooked on the exercise itself, Sheila’s real road to empowerment comes when she discovers a way to merge this newfound passion with the burgeoning technology of videotape to start a revolutionary business. The series tracks her epic journey from a stifled, overlooked enabler to a powerful, confident economic force, as Sheila transforms into someone we take for granted today (but was entirely radical at the time) — the female lifestyle guru.

Seasons one and two of Physical are streaming now on Apple TV+. If you want to enjoy the series in the best quality possible, check out our list of the Best TVs for Apple TV 2022 and our review of the Apple TV 4K.