Zeldin’s support for fracking would unlock jobs and energy security for New York . . . forget about it under Hochul 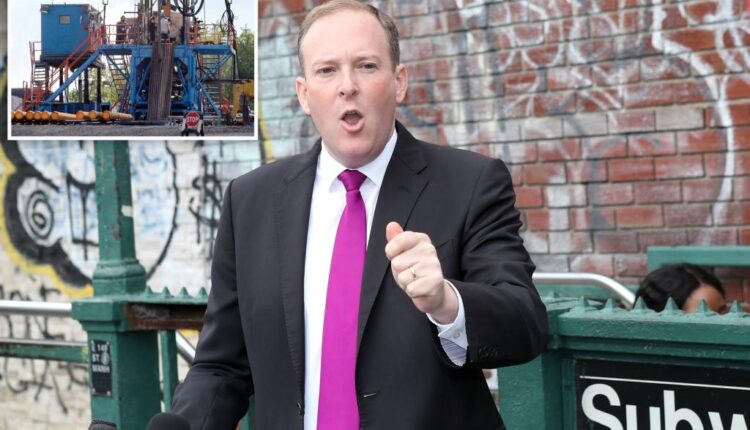 New York’s gubernatorial race is tightening, and when you look at the issues that affect people’s day-to-day lives, it’s not surprising a Quinnipiac University survey shows Republican Lee Zeldin surging in this bluest of blue states.

Crime and jobs: “Am I safe?” and “Can I feed my family?” As New York brings these worries to the ballot box, its recent history tells a clear story: The state is dying a slow, blue death with elected officials ignoring the need for real job opportunities coupled with their blasé approach to violent crime.

Far be it from me to provide advice to Gov. Kathy Hochul’s team, but if she wants to win, she needs a playbook. When it comes to crime: Look at the Giuliani model. New Yorkers remember feeling safe, and they want to again. When it comes to jobs, look at the Pennsylvania model: And by that, I mean oil and gas jobs and fracking.

Fracking: that scary word that, when uttered three times in a mirror, may conjure up Sen. Bernie Sanders and Rep. Alexandria Ocasio-Cortez spinning exaggerated tales of climate-change death. Eco-leftists often declare that “whole communities” are suffering from fracking, yet they’re unable to name one.

The fracking lies are just like all the climate-change hysteria. You know if there were a kid proven sick from fracking, CNN would be camped outside his house day and night. Fearmongering is all the eco-left has.

Fracking is a method of extracting oil or gas. Opposing fracking is akin to opposing the process of drinking from a straw (which, ironically, New York City has already partly outlawed). America has been using fracking commercially for 80 years, although the technology has vastly improved in the past decade.

Even President Barack Obama was a proponent of fracking, telling a crowd in 2018 when the United States became a net energy exporter under President Donald Trump: “that was me, people.”

Right now, there are close to 2 million fracked wells in America producing half our oil and two-thirds of our natural gas. States like Pennsylvania that have embraced fracking have the numbers to show its economic benefits.

The state benefits from fracking, too: In the past decade, oil and gas production in Pennsylvania has generated more than $2.2 billion in tax revenue. This may help explain why Pennsylvania’s debt per capita is almost half that of neighboring New York.

The American Petroleum Institute estimates nearly 500,000 people, or 6.1% of Pennsylvania’s entire workforce, are employed in natural gas or oil. That’s millions of people sustained by this one industry. Why not in New York, which has more natural gas deposits than Pennsylvania?

Crime and jobs. This is what New Yorkers care about, and Gov. Hochul has failed at both — miserably so. With her coddling of criminals, she has made the city and state unsafe. While the state’s employment recovery is one of the nation’s slowest, she promises to keep New York’s asinine fracking ban and embraces the job-killing green agenda. And with utility prices already 27% higher than the national average, you won’t see people clamoring to open a factory or business in upstate New York.

The gubernatorial election is still 2½ weeks away, but New Yorkers have been voting with their feet for years. If Hochul wants to keep her job, she’ll have to allow New Yorkers who want high-paying, quality energy jobs to have theirs.

Daniel Turner is the founder and executive director of Power The Future, a national nonprofit organization that advocates for American energy jobs.

With midterms rapidly approaching, Dem flip-flopping in now in overdrive