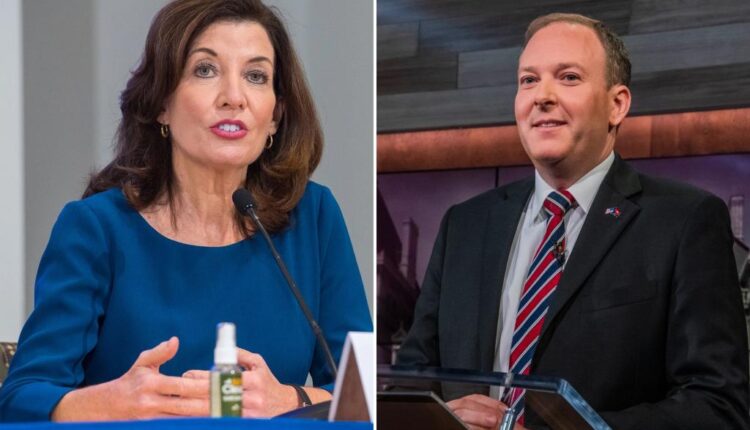 GOP gubernatorial candidate Lee Zeldin’s pledge to bar himself as governor from any meetings with donors who have business before the state is a breath of fresh political air — one that only highlights the stink of his opponent’s dirty dealings.

Gov. Kathy Hochul’s pay-to-play shenanigans make a long and ugly list. But let’s start with a recent entry: her meeting Thursday with billionaire Alexander Rovt, who along with his wife has maxed out campaign giving to Hochul — nearly $140,000. Her administration bailed out hospitals tied to his company One Brooklyn Health Systems — a medical system seen as a byword for failure during the pandemic — in her bank-breaking budget.

We still don’t know what the meeting was about. (Maybe her Health Department’s order that New York-Presbyterian spend $50 million on a partnership with One Brooklyn Health?) But don’t expect any clarity from Albany.

But that’s not the only shady agreement Hochul’s made in the pandemic medical space. She let the state vastly overpay for COVID tests and enriched campaign-donor Charlie Tebele in a $637 million deal. And that’s to say nothing of her inane denials that she knew Tebele was a backer, when he threw her not one but two fundraisers. Or of the fact that her campaign hired his son James at a cushy salary.

And possibly the biggest violation of the public trust Hochul has committed is the OK she gave to another maxed-out donor, Steve Roth, for his Penn Station redevelopment plan — a project that won’t rehab the station but will build a massive office campus for Roth to rival Hudson Yards. It’s economic nonsense for New Yorkers, but a sweet deal for Roth, who scored $1.2 billion in tax breaks from the deal.

All this stench just means that Zeldin’s pledge is yet another reason New Yorkers who care about their state need to boot Hochul come Nov. 8.