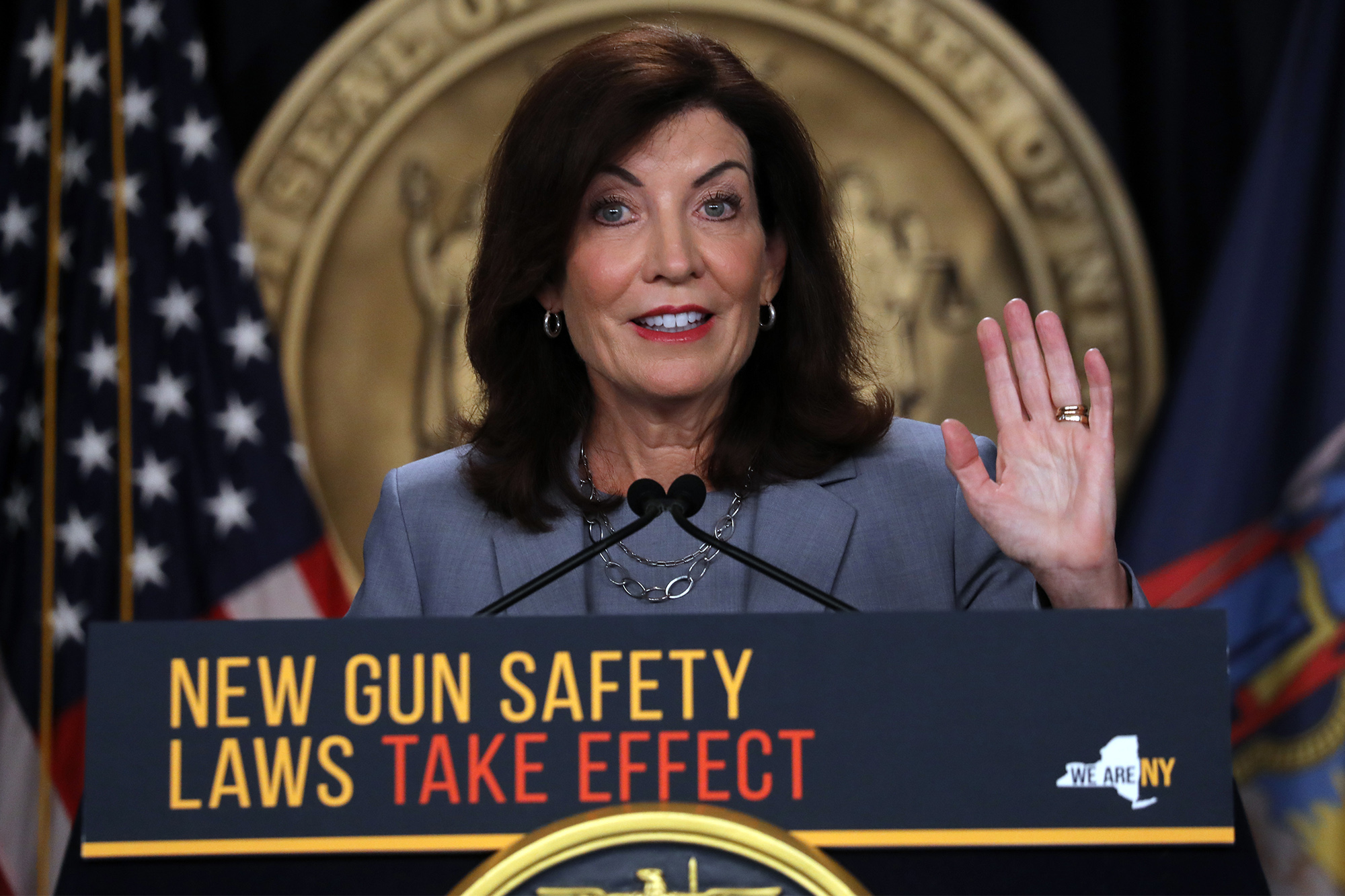 The mutual finger-pointing by Gov. Kathy Hochul and state judges over surging crime shows no sign of let-up. But don’t be confused: The buck stops clearly with her.

The latest word war comes after a Manhattan judge freed an accused murderer on only a $10,000 bail payment (and a $90,000 bond). Even soft-on-crime District Attorney Alvin Bragg wanted the guy locked up.

An Office of Court Administration statement explains that New York bail law “is solely meant to ensure the defendant’s return to court. Nothing else.” The laws, it added, “predispose against pretrial incarceration” and give judges “narrow discretion, even on violent felony offenses.” That is indeed a problem.

Yet Hochul insists judges have broad discretion, as recent changes give them “the ability to consider severity of the offense” and whether “this a repeat offense.” She insists Albany has spelled out “factors to consider” in determining “whether this person should be back on the street or not.”

Sorry, gov: Those “fixes” don’t do much: New York’s laws still force judges to free defendants charged with a wide variety of crimes entirely bail free, thanks to the 2019 “reforms.” Judges can require bail for more serious crimes, but even then they must set the “least restrictive” terms for release and ensure defendants can afford the bail amounts.

Plus, unlike judges in every other state, New York judges can never consider the threat to public safety in deciding whether to release even a perp accused of a horrific crime. They can try to set bail high enough to make sure a wild, murderous maniac isn’t readily cut loose, but, as the OCA notes, they must justify such action by ruling that the defendant wouldn’t likely return to court otherwise.

Yes, the pre-2019 rules had flaws, but the “reforms” only made it far worse. And the gov won’t lift a finger about it — except to point it at judges.

Too-lenient judges are also part of the problem. Yet it’s Hochul’s Democratic Party that paves the way to the bench for most of them.

You could see the gov’s bid to blame judges as actually a good sign: It means she at least recognizes New York’s crime problem. But as the state’s highest-ranking government official, it’s on her to solve it — and not pass the buck.

The laws clearly need to be fixed — now, not after the November election. Yet Hochul refuses to even try. Happily, her rival in the governor’s race, Rep. Lee Zeldin, vows to get the job done.

Buy an Apple Watch Series 7 today or wait till after the Far Out event?