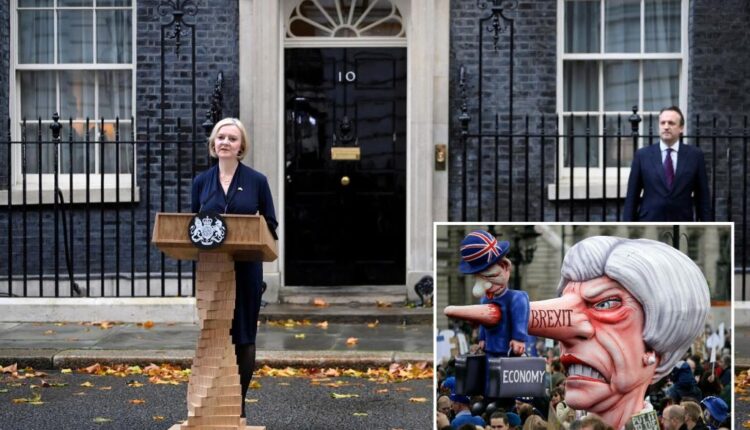 The joke in Britain is that the country is becoming like Italy – but without the weather.  In other words – ungovernable.

Just as Italian politics seem to throw up a new government most weeks, so the UK seems to be churning through Prime Ministers.  Liz Truss announced her resignation on Thursday after a mere six weeks.  The shortest-lived Prime Minister in history, she´d barely unpacked her bags in Downing Street before having to pack them back up again.

Her successor – due to be announced next week – will be the country´s third Prime Minister this year.  So what on earth caused this mess?  There are a number of reasons.  But some of them are ones that America could learn from.

The first is the costs finally arriving of decisions made over the last decade and more.

All of the Western world is now suffering economic turmoil and cost of living crises.  Nobody who is in power is going to look good at such a time.  But it was the choice of politicians in Britain – as it was in America – to pump out free money since 2008.  We did so under the apparent belief that the costs of money-printing would never arrive.

Then, before that money splurge had even finished we had another one – the great COVID money splurge.  Then on top of that, we had the costs coming from the war in Ukraine.  Like so many politicians in this country, Liz Truss tried to get through this by promising people more of everything.

Her disastrous mini-budget last month saw her promise of tax cuts and a massive increase in borrowing.  The markets were spooked – and rightly so.  You might do one of these things, but both un-costed spending no explained cuts?  This the markets could not accept.

Conservatives used to taunt the leftover about their belief in a magic money tree.  But recent years have shown that politicians on the right are just as able as those on the left to borrow like there´s no tomorrow.

But there are other lessons to learn from the Truss debacle.

Britain has burned through Prime Ministers in recent years in part because of the results of the 2016 Brexit vote.  Most of the political class – including MPs – were against Brexit.  But the British public wanted to leave the EU and voted to do so.  Still, the politicians seemed to think they knew better.  They campaigned against the public, refusing to do what the public asked them to.  This created huge anger.

And there are consequences to that.  When politicians promise one thing and do another then all politics becomes restless.  And that´s something we should think about here.  How many political candidates have promised to get on top of issues like illegal immigration?  How many of them have done so?  US politicians are as expert as British ones in pushing difficult problems away.  But, when the public says they want something, in general, it´s a good reason to listen to us.

The disaster of Truss raises other issues too.  Not least about the caliber of people now going into politics.  Most of us can remember a time when there were at least some politicians admired across the political aisle.  People who were respected because – whether you agreed with them or not – they seemed to have their country´s best interests at heart.  How many politicians of this generation can this be said about?  Perhaps it´s the fault of the people going into politics.  Or perhaps the ones going into it want the wrong things?  Certainly, a lot of them seem to put their own advancement ahead of their country.  When they are also visibly incapable of their job there´s no way that voters won´t notice that too.

And this should serve as a reminder to America of how swiftly things can change and how easily a reputation can be ruined.

It could be the same here any day.  American politicians seem to think that America´s financial dominance makes us immune from disaster.  But there is no law in nature that makes this so.

Our politicians also promise everything and anything.  Like their counterparts in the UK, they promise to give more money to everyone without saying where it´s going to come from.  One day it´s student debt relief.  Another day it´s more handouts.  How long can this go on?  As in Britain, it will go on until the day it doesn´t.  And if that day ever comes here it will make what is happening in Britain look like an absolute model of calm.

But the damage she has caused will go further abroad than Britain. It is possible that she has nearly single-handedly ruined the case for low-tax economies. From now on whenever anyone suggests cutting taxes to be more competitive they will have ‘Truss-nomics’ thrown at them. Forgetting that the problem was that Truss did too many things at once. The left will not mind forgetting that particular detail.

Randi Weingarten: Heal yourself before Ukraine

The President of the American Federation of Teachers, Randi Weingarten has been touring Ukraine.  Why?  Well apparently to discover such insightful facts as this: that the Ukrainian people are “in a fight for freedom”.

While it´s always nice when anyone learns something, can I make a slight cough of objection?

Why does Weingarten need to tour Ukraine´s schools?  Why doesn´t she spend more time in America´s schools?  Perhaps it´s because if she did she might be reminded of what a rotten job she has done in her job.

This is the woman who ensured American pupils lost years of education during Covid.  While she went on about protecting teachers from the virus she seemed to forget about America´s students completely.  Not the least of the consequences of that is that the poorest children in America will be behind for the rest of their educations.  Indeed for the rest of their lives.

Weingarten seemed to think her reckless policies were cost-free.  They weren´t.  The costs will be felt for years by a whole generation of students.  American children deserve freedom too.  But when they needed someone to fight on their behalf the woman who could have actually done something did worse than nothing.