With midterms over, The New York Times suddenly notices horrific crime in the city 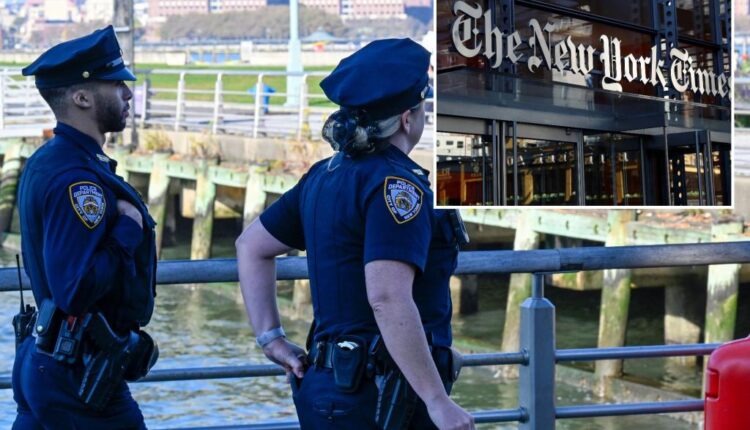 Oh, now The New York Times notices horrific crimes in the city: On Friday, it reported on a brutal rape that took place in a West Village park just days before last week’s midterm elections.

The Times story recounted how police had been seeking alleged attacker Carl Phanor, a homeless man with 25 prior arrests, for two earlier attacks only to at last nab him after a third horror on Nov. 3.

In that case, the attacker choked a female jogger so hard she lost consciousness, then knocked her to the ground, raped and robbed her. All in a park considered safe. And, again, just days before an election in which crime was a major issue.

Worth reporting, no? Not to the Times’ editors.

The Post flagged the horror on its cover the next day. Readers could ignore it, but at least they had the option; at the Times, editors apparently thought it best not to let readers know at all. Remember, Gov. Kathy Hochul had claimed New York’s crime surge was just a conspiracy theory spread by “media manipulators.” The rape story (along with countless other terrifying incidents) might shatter that claim.

Even after the election, left-leaning outlets suggested that stories in The Post led to an unusually high turnout for Hochul’s opponent, Rep. Lee Zeldin, who’d made crime a central focus of his campaign, and for other GOPers. “Blood-and-guts headlines propelled Republicans in New York,” Politico screamed, as if it were the headlines and stories — not the nightmare reality they depicted — that motivated voters.

That’s totally backward: Fact is, New Yorkers (even many Democrats) do care about crime. They do want to know about horrific attacks, especially in their neighborhoods.

Readers didn’t dismiss our coverage or pooh-pooh it but voted based on it — because it mattered to them: Zeldin got 30% of the vote in the city, though just 10% of voters here are Republicans.

Even Politico admitted crime was an “urgent” issue for New Yorkers, per polls. On Long Island, Siena found a whopping 90% of voters ranked crime as a very or somewhat serious problem.

That other outlets tried to downplay the surge and failed to report major stories was, frankly, nothing less than journalistic malpractice. Crime, particularly in the city, has surged since 2019, the year disastrous bail “reforms” were passed. Felonies citywide are now up 32%, murders 26%. Subway killings hit a 25-year high, including four in a three-week stretch.

New York’s election results didn’t prove readers don’t want to know about crime; they proved the opposite. Papers like the Times simply care more about their agenda than about what their readers want to know.