With GOP poised to take the House, things are looking up for the nation 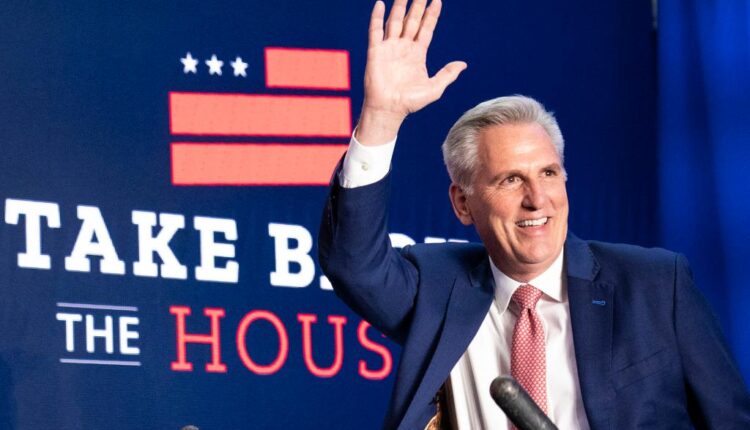 Early election results Tuesday weren’t the romp Republicans had hoped for, but they clearly seemed still on track to take the House and end one-party rule in Washington.

Republicans were projected to capture most of the hottest races, including in Florida, Texas, and Kentucky. They needed to pick up just six seats to win control of the chamber and seemed set to wind up with far more.

For anyone worried about government-spending-fueled inflation, it’s great news; it means President Joe Biden and his drunken-sailor fellow Democrats won’t be able to push through more of their ginormous, reckless outlays.

Americans seem to understand that Dems’ sky’s-the-limit spending — their $1.9 trillion American Rescue Plan, $485 billion (misnamed) Inflation Reduction Act, and $1.2 trillion infrastructure bill — had caused enough economic damage. It had to stop, and only Republicans were interested in turning off the spigot.

Indeed, in exit polls Tuesday by CBS, CNN, and the Associated Press, more voters ranked inflation as their top worry than any other issue. Equally telling, more than 70% of voters described themselves as “angry or “dissatisfied” with the direction of the country, per CBS and CNN.

Republican control of the House will block other dangerous Democratic plans, too, like their bids to effectively federalize voting rules or pack the Supreme Court. Instead, GOPers will look to regain control of the southern border — and probe Biden’s outrageous (and illegal) policies there, which have caused nightmares for the nation.

He’s also planning legislation aimed at curbing inflation and reining in crime. And he’ll likely launch a badly needed probe into the president’s involvement in his son’s shady overseas business — and the FBI and the Justice Department’s seemingly nonexistent inquiries into the matter.

Meanwhile, New York’s own Rep. Hakeem Jeffries is a good bet to follow Nancy Pelosi as House Democratic leader. He’d be the first black person to hold the post and is well-suited to look out for New York’s interests.

Of course, Biden sitting in the White House means Republicans won’t be passing much of their agenda. But again, neither will Democrats. And gridlock will be a huge improvement from the status quo.

The Doctrine of Blue Pencil