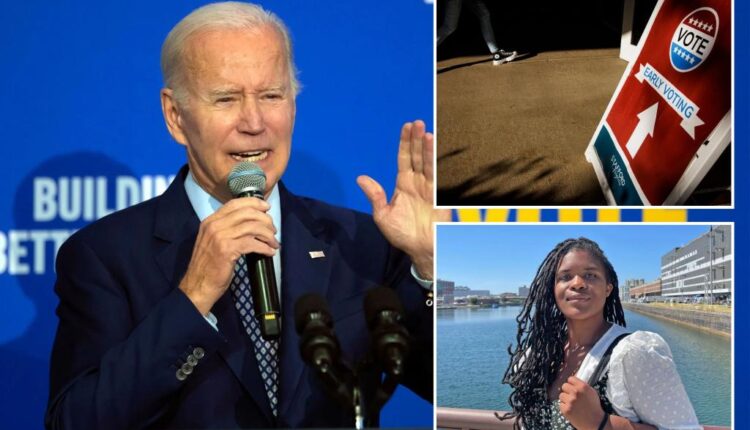 I remember as a child my mother would tell me, “You are the company you keep,” stressing the importance of associating with people who are on par with your values. For nearly a decade, I associated with the Democratic Party because I felt its values aligned with mine. Being a Democrat was part of my political identity; I even felt comfortable with the mantra “Vote blue no matter who.”

But the Democratic Party I once supported is unrecognizable, and my political association with it is no longer. On Sunday, for the first time in my life, I voted Republican and did it without hesitation.

We often talk about Americans having shared values and principles, sometimes to the point of not discussing them because they’re so blatantly obvious. Two of those principles were you do not harm children and you do not sexualize children. They were never politically debated because no one in his right mind would argue against them — yet my former party is, making them the hill to die on under the illusion of being progressive.

Despite mutilating children being an overwhelmingly unpopular stance, Democrats have cemented themselves in this hardline radical position and no longer care what moderate Democrats and independents think about it.

Even President Joe Biden declares that the path forward for children suffering from dysphoria is to pump them with experimental pharmaceuticals and surgical mutilation. Democrats want you to believe it’s care by means of mutilation, and if you don’t support this progressive form of care, you’re a bigot. I’d rather they think I’m a bigot than co-sign the policies of immoral monsters.

Mainstream Democrats now see socially progressive concepts as feasible for all instead of fashionable for a few. They’ve gone from pro-choice to pro-abortion, which are two entirely different things. They’ve gone from “It’s a difficult decision for a woman to make” to showcasing the “Shout your abortion” crowd.

This party is now tainted by progressive perverts, and even moderate Democratic politicians have lost their moral compass and promote this unpopular boutique vision for America. When you stand up to protect your children from perversion, Democrats have made it their mission to lambast you as a bigot, white supremacist or domestic terrorist.

Democrats have sold their soul to progressives, and they’ve sold their liberal principles to corporate America and the security state. They said your job wasn’t essential and your business can’t operate while allowing hundreds of people at a time to enter every Walmart, Costco and Target across this nation. Paying our bills and feeding our children is essential — I don’t care what any politician says.

If you didn’t lose your job, Democratic politicians and the liberal media were pressuring your employer to create a hostile environment to force you to choose between an injection and employment. These were the same people who said before the 2020 election that they would never trust a vaccine started by the Trump administration.

It was the hostile environment in Democrat stronghold New York City that emboldened my wife’s employer to put my family’s economics in jeopardy if she didn’t get vaccinated. It was Democrat Joe Biden who tried leveraging the Occupational Safety and Health Administration to make my employment a nightmare if I didn’t get vaccinated. It was Democrats’ and the liberal media’s incessant campaign that made someone I care about get the second booster and die two weeks later fighting a blood clot near his heart.

The party of liberalism officially died during COVID — and was resurrected as the party of authoritarian zombies ready to police your speech, have you arrested if you didn’t comply with its arbitrary mandates and have the federal government investigate you as terrorists if you vocalized your displeasure with your school board.

I cannot support an anti-natal, pro-lockdown and pro-perversion party. That’s not the company I want to keep.