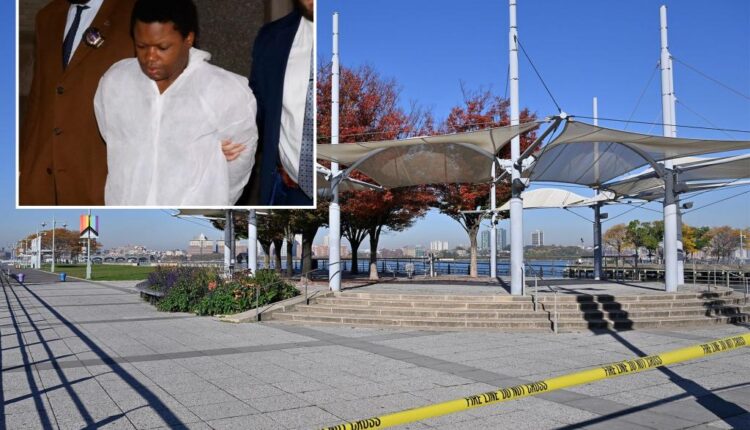 The horrific rape and near-strangulation of a tourist jogger on Manhattan’s premier West Side pedestrian promenade Thursday should have shocked New York’s progressive faction. A woman ought to have the right to exercise in a public space without fear of grievous sexual assault. Instead, progressives were silent — but it’s part of a pattern: They’ve remained quiet as mice even as deadly attacks against women have soared this year.

According to progressive orthodoxy, just to mention last week’s rape, in which the perpetrator broke the victim’s neck bones, is bad form.

The New York Times has refused to even print a basic news story on the attack. State Sen. Brad Hoylman expressed more outrage about GOP gubernatorial candidate Lee Zeldin showing up to the assault site than he did about the assault itself.

The mostly male car-free-streets activists who fought for decades to get a pedestrian and bike path along the Hudson riverfront had nothing to say about the fact one of their pedestrian constituents just suffered a terrible trauma there.

In this case, the alleged perpetrator is a lifelong criminal with 25 prior arrests. He’s not mentally ill: Suspected of two previous similar attacks, he selected his victims at isolated times of day and planned his getaways. And rape is not a crime of economic desperation.

This is just a bad guy, who, if guilty as charged, belongs in prison — and progressives just can’t admit that.

It’s part of a dangerous new pattern of ignoring or minimizing crimes against women and girls — even fatal ones. In September, 17-year-old basketball prospect Shayma Roman was shot and killed in Brooklyn in front of her sister, by a gunman who fired a “stray bullet.”

In June, 25-year-old Jelani Green, a would-be hairstylist, was shot in The Bronx while watching a basketball game, also by a stranger gunman, and died three months later of her injuries.

In May, 11-year-old Kyhara Tay was similarly shot and killed by strangers on a Bronx sidewalk.

In April, 16-year-old A-student Angellyh Yambo was shot and killed, also by strangers, outside her Bronx high school.

That’s 10 women or girls killed this year by total strangers — crimes that were once very rare events. In 2020 and 2021 combined, six women were killed by strangers; in 2019, “only” one woman was killed by a stranger. In 2018, no New York City woman died at the hands of a stranger.

Just like subway murders, which have soared from one or two annually through 2019 to nine this year, deadly random attacks on women, bad enough in themselves, are also symptoms of a bigger problem — a problem that people who walk around or take the trains can see, in the constant environment of greater hostility.

Yes, some criminals are mentally ill — but many others are just emboldened by an environment of impunity.

Yet you won’t hear of this crisis from progressives. Gov. Kathy Hochul, Hillary Clinton, Kamala Harris and the rest haven’t breathed a word about it at their recent rallies.

They say: Crime is low (notwithstanding the inconvenient fact that New York’s 105,287 felony total this year so far is 32% above 2019 year-to-date levels).

New York is safer than Oklahoma, or it’s safer than it was in 1990, or something like that, the crime deniers say. Anyone who says otherwise is a conspiracist or a fearmonger.

It’s not just that women and girls have to deal with a different reality when walking, jogging, biking or taking the train, relative to 2019 — constantly budgeting their time so that they’re not caught out alone too late after dark, for example, or switching routes to avoid walking along isolated passages.

It’s also that as we do that, we’re constantly told that we’re crazy or lying or both. Nope: As is often the case, the data back up what you intuitively feel.