Why suburban women are flocking to the GOP: As simple as A,B,C 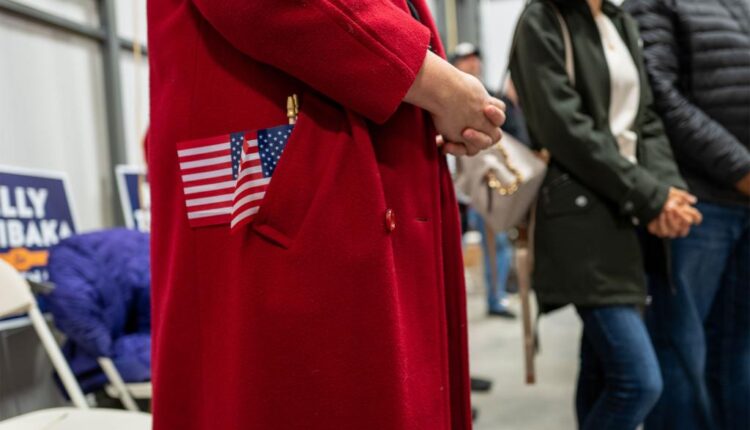 Something’s happening in the suburbs. On the one hand, polls indicate that white suburban women are shifting — hard — toward the Republican Party. On the other, lots more parents are homeschooling their kids, post-pandemic. These phenomena are not unrelated.

Suburban women are shifting Republican — by 27 points, a Wall Street Journal poll found, with 74% saying the country’s headed the wrong direction — because the Democrats have let them down.

When people complain about taxes, the usual response is something along the lines of “what, you don’t want police and schools?”

Of course, as my father-in-law once said, when they raise taxes they tell you it’s for teachers and police, but when they get the money it goes to buy a fancy leather chair for some guy you never heard of in an office downtown.

But if you’re going to justify the whole of government by invoking police and schools, maybe it would be a good idea to . . . actually provide police and schools. And Democrats across the nation went out of their way not to deliver either.

To hear Democratic candidates, and the party’s media cheerleaders, talk now, nobody ever supported defunding the police. But, of course, Democrats across the board did just that, and GOP candidates, and honest media, have been replaying the video.

In a spasm of post-George Floyd mass hysteria, the political system, and in particular the governments of Democratic-run cities, made drastic cutbacks in police protection, installed revolving-door, no-bail arraignment systems and encouraged the proliferation of homeless encampments and open-air drug markets in many areas.

Unsurprisingly, the result was surging crime. Around America, downtown businesses have closed, and people — especially women — have felt unsafe in their own neighborhoods. Crime is now a major issue with the electorate, and even among black voters, the alleged beneficiaries of police defunding, only 17% support defunding the police, per a recent Grio/Kaiser Family Foundation poll.

Allowed to run things their way, Democrats have ruined many of America’s cities, from New York to Chicago to Baltimore to Los Angeles and San Francisco, among many others. And the crime has spilled out into the suburbs.

Nor is it like taxes went down when police were defunded; the money just got diverted into the pockets of various Democratic interest groups.

Schools didn’t do any better. Education policy (and even at the Centers for Disease Control and Prevention) during the COVID pandemic was essentially run by the teachers unions. This year, Senate Republicans outlined the improper and extensive influence teachers unions, particularly the American Federation of Teachers, wielded over the government’s COVID policies on schools. Union officials actually wrote key portions of Team Biden’s school-opening guidance.

Teachers liked working remotely, and teachers unions fought hard to keep them home as long as possible. Teachers had a nice time, but students suffered, to a degree that’s still sinking in.

Even in 2020, The Atlantic reported that parents in New York, worried about crime and bad schools, were taking over the education of their kids. Since then, as schools did a worse and worse job, more and more parents decided to educate their own kids.

Many kept it up post-pandemic. As the Associated Press reported: “In 18 states that shared data through the current school year, the number of homeschooling students increased by 63% in the 2020-2021 school year, then fell by only 17%” the next year.

(It’s not just white suburban women. Black families, too, as The New Yorker recently reported, are increasingly homeschooling their kids.)

For suburban women, the past couple of years have been an unpleasant, in-your-face lesson in the incompetence of Democratic Party governance, and the (huge) extent to which Democrats care more about their interest groups, like teachers unions and racial activists, than about the people they are supposed to be working for.

Youngkin’s victory provided a model for the GOP; Democrats might have learned from McAuliffe’s defeat, but mostly doubled down, with the addition of hysteria about abortion and Jan. 6, issues that have far more resonance with the political class than most voters. Hence the movement of white suburban women.

The GOP is also increasingly getting traction with other groups Democrats previously owned, like black and Latino voters. Maybe Democrats just aren’t very good at what they do. Maybe next week’s elections will bring enough pain to spark a change. Maybe.

Standardized Test Scores are Incompatible with Your School’s Equity Plan