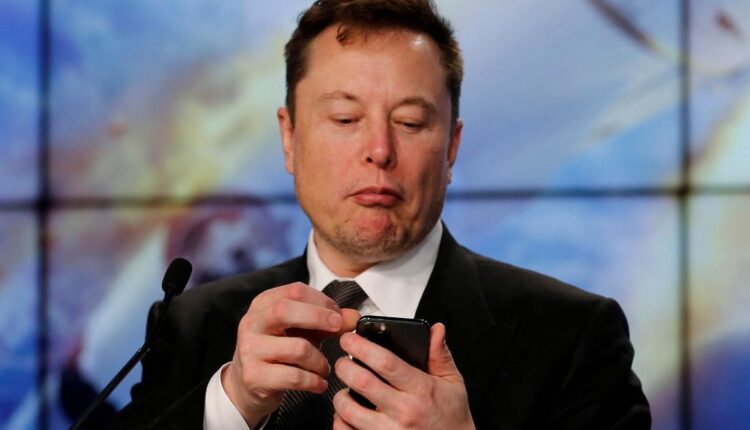 Elon Musk is about to pollute the country’s discourse, and there’s nothing anyone can do to stop him.

This is the alarm going up about the eccentric billionaire’s on-again, off-again, on-again-if-it-looks-like-a-Delaware-court-is-going-to-insist-on-it acquisition of Twitter.

A libertarian-ish business leader is saying he wants an important platform for political and social advocacy and argument to provide the widest possible latitude for varied, clashing views, and the reaction of a large segment of commentators is “This man must be stopped.”

His critics worry that Twitter’s policies under Musk might affect the upcoming election. This constitutes an implicit acknowledgment that the company’s current policies have political consequences, and they clearly do — otherwise, it wouldn’t be that so many Democrats and progressives happen to be absolutely desperate to protect the Twitter status quo.

They also say that Musk’s moderation policies might be arbitrary. Compared to what, though? Was it sound policy for Twitter to squelch a totally legitimate news story about Hunter Biden’s laptop prior to the 2020 election? To forbid one side of the debate on trans issues from using its preferred terms and expressing its deeply held, sincere beliefs?

The worst case is that these decisions are made explicitly to disadvantage conservatives. The best case is that decisions about what constitutes harassment and misinformation and the like inevitably involve subjective value judgments, and politics naturally enters into them.

Twitter is run as if a workforce of hyper-online progressive employees overwhelmingly living and working in a deeply blue jurisdiction is calling the shots, and, of course, so it is.

Another count against Musk is that these employees hate him. But so what? If we all agree that Twitter is an important public forum, its rules shouldn’t be set by a group of people who have a vested interest in vindicating their own ideological beliefs and fashionable obsessions.

The underlying belief of those who think Musk is about to ruin Twitter and blight the American political conversation is that Donald Trump wouldn’t have won the 2016 presidential election if it weren’t for Russian bots and right-wing purveyors of misinformation running riot on social media. If these were all repressed, the electoral system would be restored to its senses — meaning back to Democratic control.

The effect of the 2016 Russian information operation was always exaggerated, though, and the attempt to squash misinformation on social media has veered into misbegotten campaigns against entirely reasonable points of view that baffle or outrage progressive America.

Elon Musk’s classical-liberal sense that false or unwelcome speech is best combated by more speech once was a matter of consensus. That it feels radical now and is so bitterly contested is a symptom of how the Overton window has shifted toward speech suppression in the name of content moderation.

There is no doubt that Musk will encounter significant challenges to implementing his vision for Twitter. Lines have to be drawn somewhere, and he’ll have to guard against being as arbitrary as the prior regime just in a different way. But no one should doubt that he is deeply anti-bot (he’s complained bitterly about their prevalence and tried to use them as a way out of his deal), and hopefully he will find more ways to allow people to choose for themselves what they want to see or not, without Sanhedrin-like rulings on deeply contentious political and moral questions.

Obviously, not all of this will be to everyone’s liking, especially to progressives who have gotten used to working their will with Twitter. But the social-media platform is, ultimately, a private business that can set any rules it wants. If a more free-speech-oriented Twitter is hateful to them, they can take the advice they threw at conservatives disenchanted with the platform in recent years and go out and “build their own Twitter.”

Dwayne ‘The Rock’ Johnson admits even his ‘cold, dark soul’ was overcome with emotion by weeping fan – Socialite Life