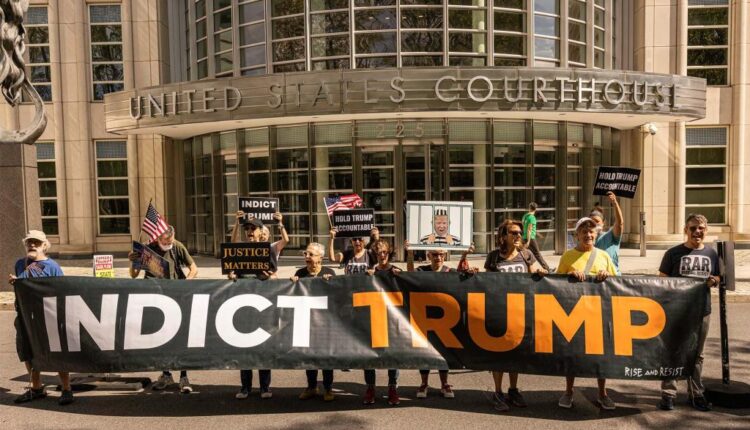 Making it a federal case

Its former Chief Judge Carol Amon: “Our jurisdiction’s over New York’s Eastern District — Brooklyn, Queens, Long Island, Staten Island. Also home to our five organized crime families plus our airports, which do narcotics trafficking. The Southern District [in Manhattan] has the securities cases.”

With famous Page One bad boys is there additional security?

“Extra marshals are in the courtroom. These cases bring large crowds. But individual judges have no extra security.

“Things happen that set you off. Once I asked each juror to confirm their acquittal vote. No. 6 said, ‘That’s not my verdict. I think he’s guilty.’ And it’s, ‘Oh, dear, what do I do now?’ I sent them back to continue deliberating. Something often happens in trial that you’d never expect.”

“Hard not to let our backgrounds influence us with preconceived notions. Some are harder sentencers than others. Sentencing can be tough.”

Joe Biden has a colorful family. Some circles huff and wonder if his brother is addicted to Elmer’s glue. Son Hunter — may his tripe increase. Daughter Ashley is a social worker-fashion designer, plus onetime Delaware Center for Justice director — whatever that means. Meanwhile, she was just in Montauk, which is a good shot glass away from the Delaware Center for Justice.

Wild party. She was dancing with DJ Oli Benz. This grooving place called “Sel Rrose” has a heavy duty bar. Secret Service jammed the block of Elmwood Ave and accompanied the Biden daughter into the party. The charming daughter inhaled a gin with cucumber juice, lime and whatever and the not so “Secret” Service dude whose salary our taxes pay did the pouring for her.

A few sex romps ago — before doing it with Yeezy, Pete Davidson and possibly some partridge in a pear tree — a sex tape got shopped around of Kim Kardashian Doing It with entertainer Ray J. Recently came the story he needed a dentist. Not sure this is urgent news but Kim — who may have auditioned every other profession — says she’s now looking to “date a doctor” but “not a dentist.” However, the drums are saying — tooth or not the tooth — her choice seems to be Dr. Mike Varshavski.

Museum of the City of New York’s Stettheimer Dollhouse — appreciated by aficionados like Anderson Cooper — closes Oct. 3. The late John Darcy Noble, the museum’s longtime toy curator who used to make paper dolls like one of a cat riding on its owner’s bridal veil, would’ve loved it.

One guy: “Can’t live with them and can’t live without them.” His pal: “Yeah, that’s the way women are.” Growled the first, “Who said anything about women? I’m talking about credit cards.”