Why 60 years of feminism has not made women any happier 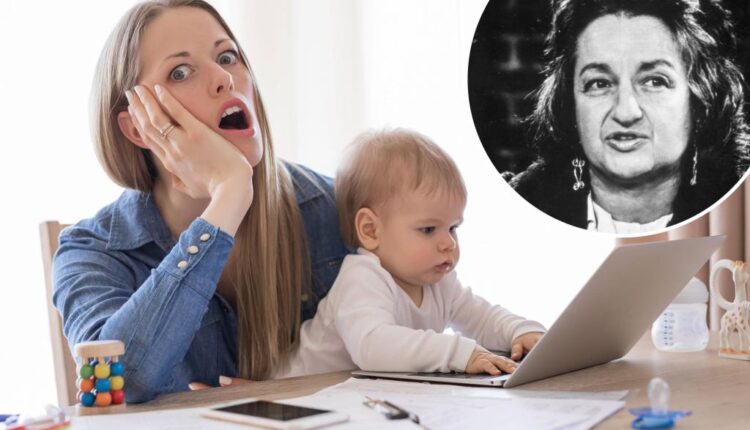 In February, we will mark the 60th anniversary of Betty Friedan’s “Feminine Mystique.” But given the state of modern feminism, it’s hard to imagine there will be much celebration.

Friedan’s work, which revealed women’s lack of fulfillment as homemakers, laid out the goals of second-wave feminism. Now that women had achieved the right to vote, own property and get an education (the first wave), Friedan and her cohorts argued that women should pursue higher education and careers as a way of achieving personal satisfaction. Others, like Germaine Greer, wrote that the sexual repression of women prevented them from becoming personally fulfilled. But thanks to the pill and changing mores about sex outside of marriage, women could finally achieve the freedom and happiness that had been available to men for millennia.

So how’s that working out now? The American Family Survey recently asked: “All things considered, has feminism benefited American families?”

Only a little more than half (58.6%) of respondents said yes. What’s interesting, though, is the people who said yes also tend to be among the least happy and fulfilled. In survey after survey, it turns out that people who espouse a secular worldview, people who identify as liberals, and people who never attend religious services report the lowest levels of personal satisfaction, but they also report the highest levels of support for feminist ideals. Indeed, as feminism’s influence has grown over the past half century, women have become less happy.

If feminism promised personal satisfaction, it doesn’t seem to be delivering it.

In order to understand this failure, it’s probably best to look at how feminist leaders wanted to achieve personal fulfillment. Primarily they believed that if men took over more domestic responsibility — housework and child care — women would have more time and energy to achieve what they wanted in the workplace.

But frankly, given the whole patriarchal structure of the nuclear family, many feminists would have been happy to dispense with traditional marriage altogether. If that happened, and women still did want to bear children (something many feminists did not encourage), well, someone was still going to have to support them. And so feminist leaders also demanded more government support for women.

As political commentator Ellie Mae O’Hagan wrote for The Guardian a few years ago, “Only by diminishing the power of the boss class, and giving female workers more access to collectively owned social goods, can we ensure that no woman is forced to choose between sexual and economic exploitation, and poverty.”

But even feminists who don’t wear their socialism on their sleeves believe that women should have more access to government-funded childcare and paid family leave in order to fulfill their dreams. Books like “Overwhelmed” by Brigid Schulte and “Opting Back In” by Pamela Stone and Meg Lovejoy or most recently “Ambitious Like a Mother” by Lara Bazelon all end with similar admonitions that in order for women to get what they want out of work and life, the US should become more like Sweden or Norway.

And yet, just as men have been contributing more to housework and child care since the early days of feminism, the government has also been doing a lot more to support mothers. It’s true we don’t have universal day care but we do subsidize the income of working class and poor single mothers to a much greater extent than we used to.

So why hasn’t this help contributed to women being happier? Why, if anything, do women seem less happy and more “overwhelmed” than they were in the 1960s?

In 1963, Betty Friedan was writing about “the problem that had no name.” But women’s problems in the 21st century can absolutely be named. More often, they are trying to raise children on their own, which can be exhausting even with financial resources. They are sexually liberated, but that often means they are going from one relationship to another without any sense of financial security or emotional stability. And while many are no doubt fulfilled in their careers, a lot of them actually enjoy raising children, but they can’t spend the bulk of their time doing this, thanks to financial exigencies and society’s expectations.

Friedan noticed in her day that some housewives were being prescribed “happy pills” to get them through the day. But according to the most recent statistics, one in five women between 40 and 59 are taking antidepressants. They are more than twice as likely to be on these drugs than men. Maybe feminism has lost its mystique.

Naomi Schaefer Riley is the author of “No Way to Treat a Child: How the Foster Care System, Family Courts, and Racial Activists Are Wrecking Young Lives.”

Why New York Democrats should vote for Republican Lee Zeldin