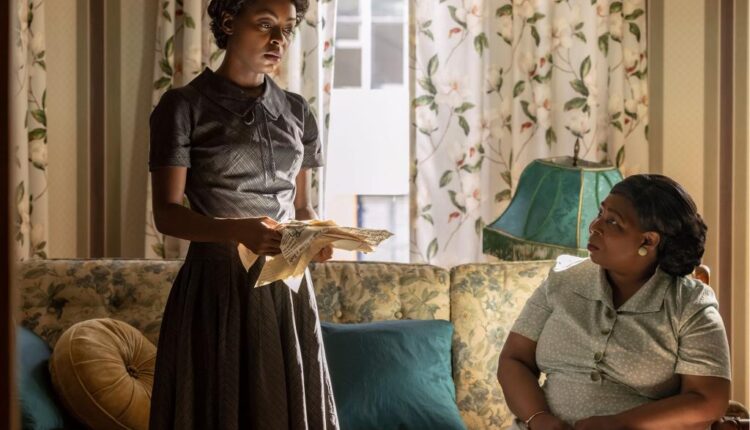 Whoopi Goldberg about the NY Film Festival’s “Till.” True story of Emmett Till, 14, lynched 1955 in Mississippi. Tough material. Tough movie.

“I play his grandmother who urged him to go and see his family. Who could’ve anticipated what happened?

“People say, ‘Everybody knows this story.’ Everybody doesn’t know this story. They said, ‘Nobody in Europe will see this.’ I said, ‘My movies are popular in Europe. Europeans see movies with black people in them.’ When George Floyd’s story hit they said, ‘We don’t like this.’ So we said, ‘Hey, we have a story for you.’ And we made it the way we wanted to make it.

“Parenting’s not easy. Tough job. Like living on loose boards. This great film has love, humor, angst, agitation, horror. All things that appear in life.”

Knives night out in Brooklyn

Brooklyn has a Kick Axe restaurant. An indoor ax throwing bar. Not darts.

Boss Ginger Flesher: “It’s $30 per hour. Food and drink’s extra. Cool lodge-like furniture, stuffed moose over the bar, plaid wallpaper, animal rugs. Only two beers allowed while throwing. Our pros monitor anyone tipsy, throwing unsafely, and warn with lines like ‘Don’t make me be an ax and ask you to stop.’

“Axes aren’t super sharp. We’ve had kids age 8 and wheelchair people throwing here. Target’s like a dartboard, made of pine, stand 13 feet away with closed-toe shoes or Crocs which we have here.

“We’re regulated, under control, have a business license and it’s a cordoned off space. It’s fun. The axes are only sharp enough to lodge into the wood.”

The election. Our economy is now improving despite the only way a family of four can live is to eat a family of five.

And about Biden on a milk carton with the words, “Have you seen this man?”

When that groundhog crept out to learn it’s two more years of stonewalling he crept back in to meet our vice president.

Divorce lawyers say some pols cheat on their spouses. So what chance have we?

Not all winners were great in person. Eisen-hower? Spent more time on the putting green than in the Oval Office. FDR? Cranky if he got no hanky-panky. Bush the elder? Threw up on Japan’s prime minister. Harrison? Nobody ever got to know him. Also nobody cared.

As to this week’s election. Picking a candidate, filling in a ballot is the right of Americans. Land of the free, home of the fave. 4:30 I went to an NYC polling place. Empty. No line. Maybe five voters.

And leave us remember the old adage: You can lead a horse to water — but you can’t make him think.

Judge: “Madam, why did you shoot your husband?” Lady: “Sorry, Your Honor, but we couldn’t afford a divorce.”