Who will win the midterms? Ask bettors, not pollsters 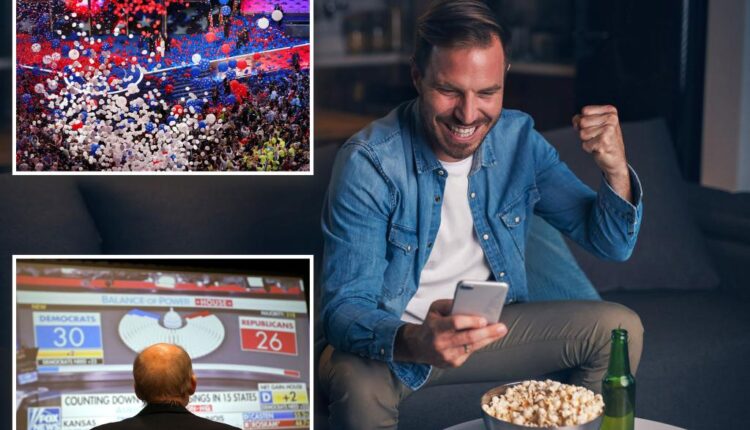 Some pundits say that Democrats will win the midterms.

This fall, CNN’s Douglas Brinkley said, “There is a blue wave going on right now.” Michael Moore agreed: “There is going to be such a landslide” of elected Democrats.

At the time those predictions were made, people who bet on elections believed Republicans had better than a 70% chance of winning back the House.

Whom should we trust?

Among forecasters, Nate Silver has the best track record. Early this week, his FiveThirtyEight website gave Democrats a 55% chance to hold the Senate (it’s since dipped down to 52%). The Economist’s forecasters give Democrats even better odds.

But I don’t believe them.

I believe the people who bet.

I take these numbers from ElectionBettingOdds.com, a site I helped start. StosselTV producer Maxim Lott averages predictions from betting sites around the world and converts them to easy-to-understand percentages.

I trust those numbers more than other predictors because in the past, the bettors were right more often than anyone else.

Bettors don’t get everything right. In 2016, they, like most everyone else, thought Hillary Clinton would become president. A week before Election Day, she was a 75% favorite.

But on Election Day, I saw how betting markets find the truth more quickly than others. Before the votes were counted, bettors were switching to Trump.

On election night, it was fun to watch the silly people on TV. Even after bettors were switching, pundits still said that Hillary would win. “Trump is more likely than not to lose,” proclaimed Dana Bash on CNN.

Only hours after the betting shifted did TV anchors finally adjust their predictions.

Over time, betting has been a better predictor than polls, pundits, statistical models and everything else. There’s something about “putting your money where your mouth is” that focuses the mind.

ElectionBettingOdds.com tracked hundreds of races. It turns out that when bettors think a candidate has a 63% chance, those candidates do win roughly 63% of the time.

In 2016, Clinton-favoring polls overlooked people without college degrees. Polltakers were also misled by Trump supporters who refused to talk to them.

Fortunately, they made an exception for PredictIt.org. There, Americans are allowed to bet up to $850.

Our foolish bureaucrats promise to shut PredictIt down, but for now, we can take advantage of the “wisdom of the crowd” that PredictIt provides.

Which party will win the Pennsylvania Senate race? Republican Mehmet Oz is favored, 54 cents to 49 cents.

Who will be Arizona’s next governor? Republican Kari Lake leads 82 cents to 22 cents.

If you think you know more than the bettors, you can try to make money by betting at PredictIt.org. If you are not American, FTX, Betfair, Smarkets and Polymarket will take your bets. All this betting gives us valuable information about the likely future.

Since betting markets are clearly superior predictors, I’m surprised that anyone still pays attention to pundits. I no longer watch the blabbermouths on television.

I check the odds at ElectionBettingOdds.com.