Who is running for Senate — John Fetterman or his wife? 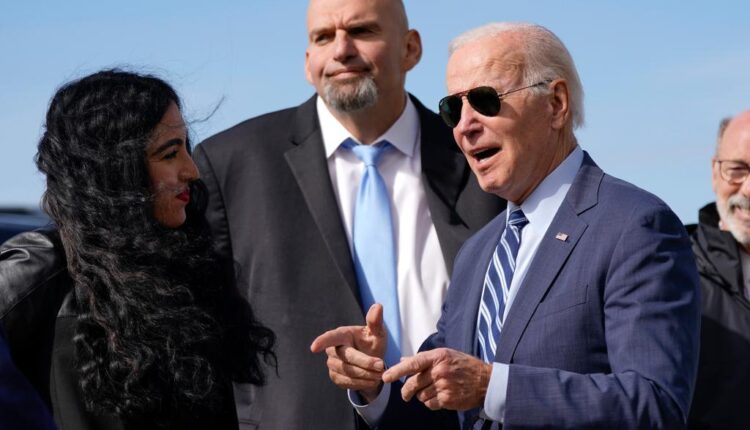 In the race to be senator from Pennsylvania, voters must decide between Dr. Mehmet Oz . . . or Gisele Barreto Fetterman.

Oh, Gisele isn’t on the ballot. But considering how much she runs interference for her candidate husband, John Fetterman, we should wonder who actually will be running the show.

Fetterman had a severe stroke earlier this year, leaving him with speech and cognitive problems. There have been numerous examples of Gisele Fetterman running interference for her husband, keeping the press away or answering questions for him.

At a campaign event with President Biden — to be sure, a public gathering where media would obviously be on site to pose questions — one reporter called out to ask the candidate if he was “satisfied” with the reconstruction of a major state bridge. Fetterman’s wife, Gisele, piped up to do her duty. “We’re not here to do interviews,” she said. “We’re here to celebrate.”

Her husband stood there on mute, perhaps unable to understand the words that had just been spoken to him by a reporter covering his campaign.

Fetterman has, after all, admitted that since his stroke in May, he struggles mightily with comprehending what’s being said in a conversation. So much so that he has only been able to participate in interviews by having a monitor set up with captioning of what any given reporter or TV show host is saying to him.

Most famously, an NBC News reporter who conducted an in-person interview with Fetterman earlier this month said that the candidate had difficulty with “small talk” and that “it did seem that he had a hard time understanding our conversations.”

After that honest but devastating observation, Fetterman’s wife once again stood up, attacking the NBC reporter, Dasha Burns. She said that there should be “consequences” for Burns, who Gisele accused of being “ableist.”

In 1919, President Woodrow Wilson suffered a stroke. The general public didn’t know the extend of his injuries because his wife, Edith, hid the truth — and essentially acted as president for months.

While campaigning for Fetterman in Pennsylvania last week, Biden said at a rally (where Fetterman didn’t speak), that Gisele would be “a great, great lady in the Senate.” The press chalked it up to one of his many gaffes. But maybe not. If Fetterman wins, are we about to get the Edith Wilson of the Senate?