WhatsApp could soon let you undo deleting a message 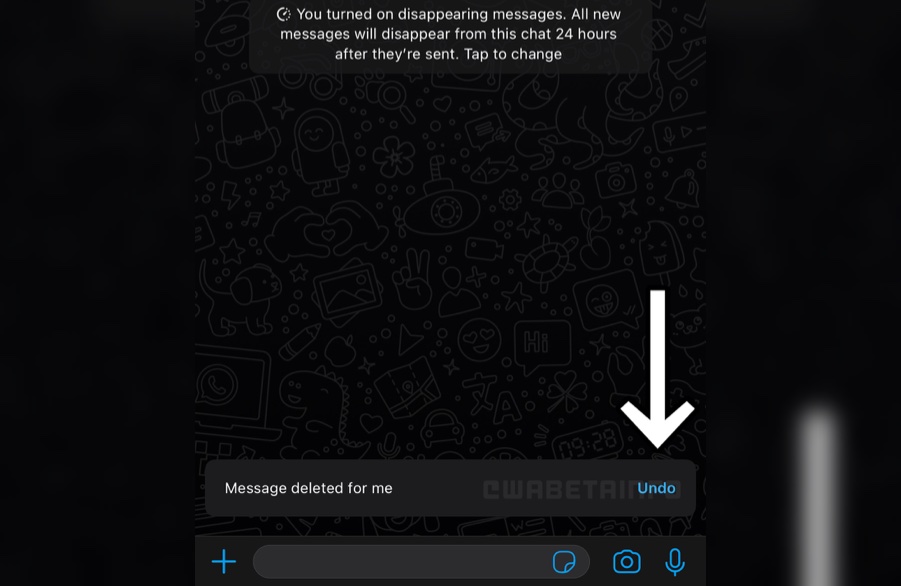 WhatsApp is testing a change that will allow people to undo the deletion of a message that was “deleted for me,” giving them a second chance to choose “delete for everyone” if that was their intention.

The change, which was first reported by beta watchers WABetaInfo, is only available to those running the latest beta release of the WhatsApp app, and even then you might not see it — the report notes that some users may have to wait for a little while given WhatsApp’s fondness for rolling these things out in stages.

WABetaInfo reports that the change is one that could prove useful for people who originally meant to delete a message for all recipients, but accidentally chose the wrong option. “As you can see in this screenshot (above) when a message is deleted by using the option “delete for me”, a snackbar shows up by informing the user that the message has been deleted. In this case, it is possible to restore it by tapping “undo” so the fastest way to check if the feature is available for your account is to delete a message for you,” the report points out. If you aren’t seeing it just yet, and you’re running the latest TestFlight beta, just hang fire — it’ll come.

WhatsApp has long been one of the best iPhone apps for people who need to send encrypted messages to Android users who, unfortunately, don’t have access to iMessage for obvious reasons. The Meta-owned outfit has been pretty good at iterating on its success, too, and this change is just the latest in a long line of improvements.

There is no telling when this feature will roll out to those of us who have WhatsApp installed on our devices via the App Store, but WhatsApp usually rattles through the beta process pretty speedily. Here’s hoping we won’t have to wait too long.