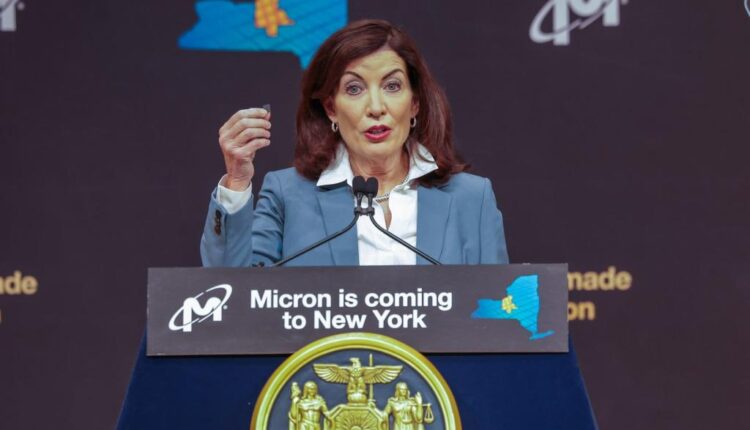 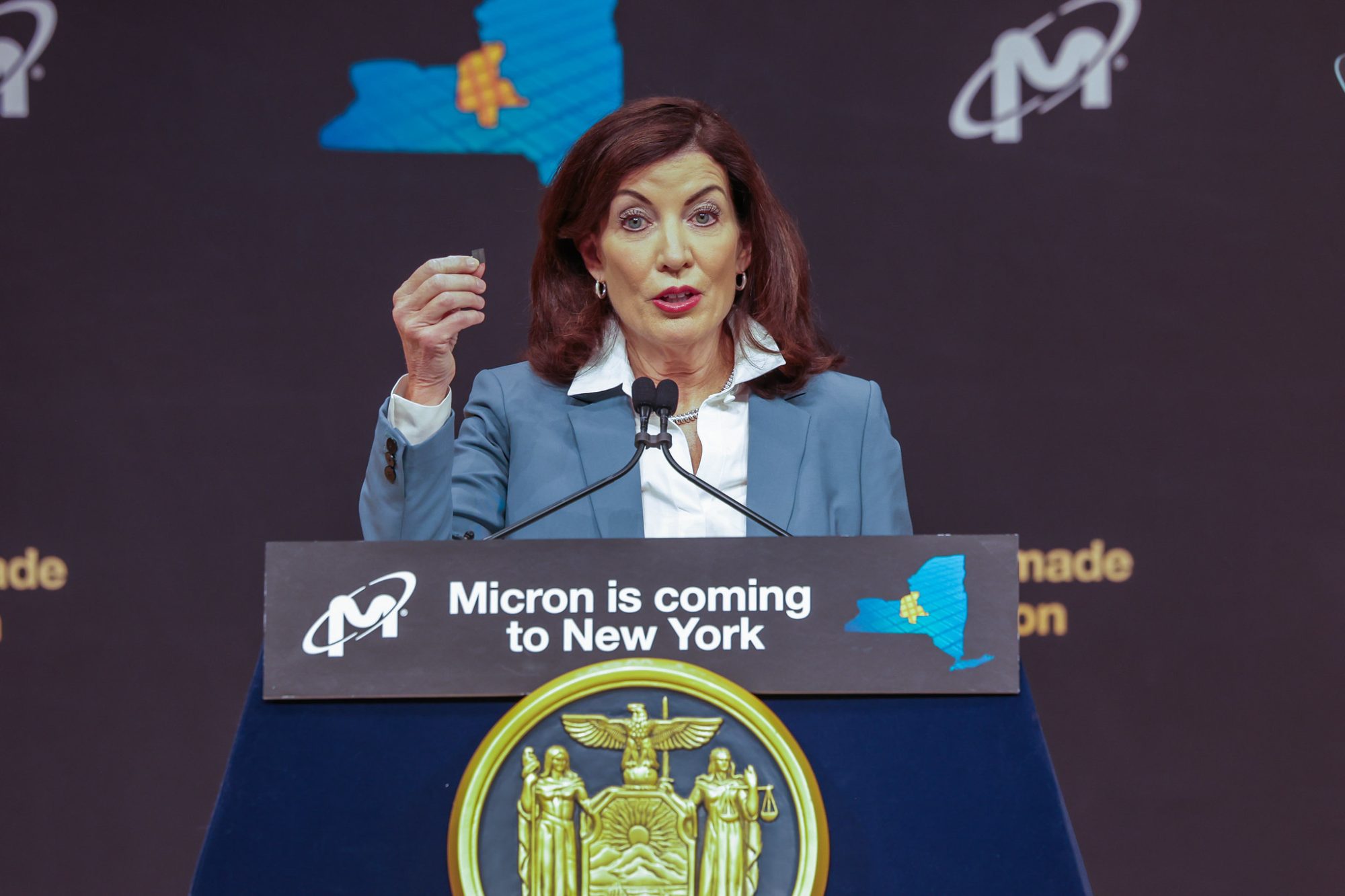 What do you call the biggest corporate welfare package in state history? If you’re Gov. Kathy Hochul, “transformative in scale and possibility.”

That’s how she described memory-chip maker Micron’s promised investment in a large-scale manufacturing campus near Syracuse, which could hit $100 billion over the next 20-plus years, with a promised return of 9,000 jobs at Micron and 40,000 associated outside jobs.

This investment — like similar ones under Gov. Andrew Cuomo — comes at a cost to Empire State taxpayers: up to $5.5 billion in subsidies.

And Micron’s already benefited from another big giveaway: August’s federal CHIPS and Science Act, which will push $52 billion in subsidies and tax credits into the semiconductor industry.

Pardon our skepticism here, but Empire State Development (which is overseeing the tax credits and grants that will make up the subsidies) has a spotty record on big tech projects. For proof, look no further than ex-gov Andrew Cuomo’s notorious Buffalo solar factory, which cost taxpayers some $750 million and generated 700 jobs (far below the 3,000-plus the gov projected) — that is, more than a cool million each.

Yes, the state is promising real oversight of the Micron handouts. Per the gov’s office, the subsidies will be doled out only if Micron meets certain yearly benchmarks on job creation and investment. So Micron has some skin in the game (although Hochul & Co. have big reasons to let the company slide, since admitting failure would be a massive black eye for the gov).

Plus, some details are still fuzzy, despite the huge dollar amounts in play. And even if everything actually works as promised and the state sees 49,000 jobs bloom, each carries a six-figure cost to taxpayers. By the way: Memory-chip makers globally are going into alarm mode over weakening demand. (Indeed, Micron was warning about this back in August, the very same day it announced big CHIPS-driven investments.)

Far bigger picture: How on earth is it a good thing if a global leader in its space backed by serious federal aid still needs a massive sweetener to consider building a plant in New York? This proves that the economic climate here is so terrible that behemoth companies with big fed bucks on the way won’t put down roots without added bribes.

Meanwhile, the small businesses that form the heart of real economic growth lack the political connections and general firepower to pull off deals like this, and so are left out in the cold to be crushed by taxes and inflation. (Not to mention New York’s sky-high and rising electricity costs.)

With overall policies friendly to potential employers, New York wouldn’t need corporate welfare in the first place. But that would require fiscal discipline. No more bottomless social spending, no more budgetary favors for the connected.

That really would be “transformative.” Too bad Albany’s free-spending, backroom-dealing ways make it supremely unlikely to happen without major change at the top of state government.