What does Gov. Kathy Hochul so fear about debating Lee Zeldin? 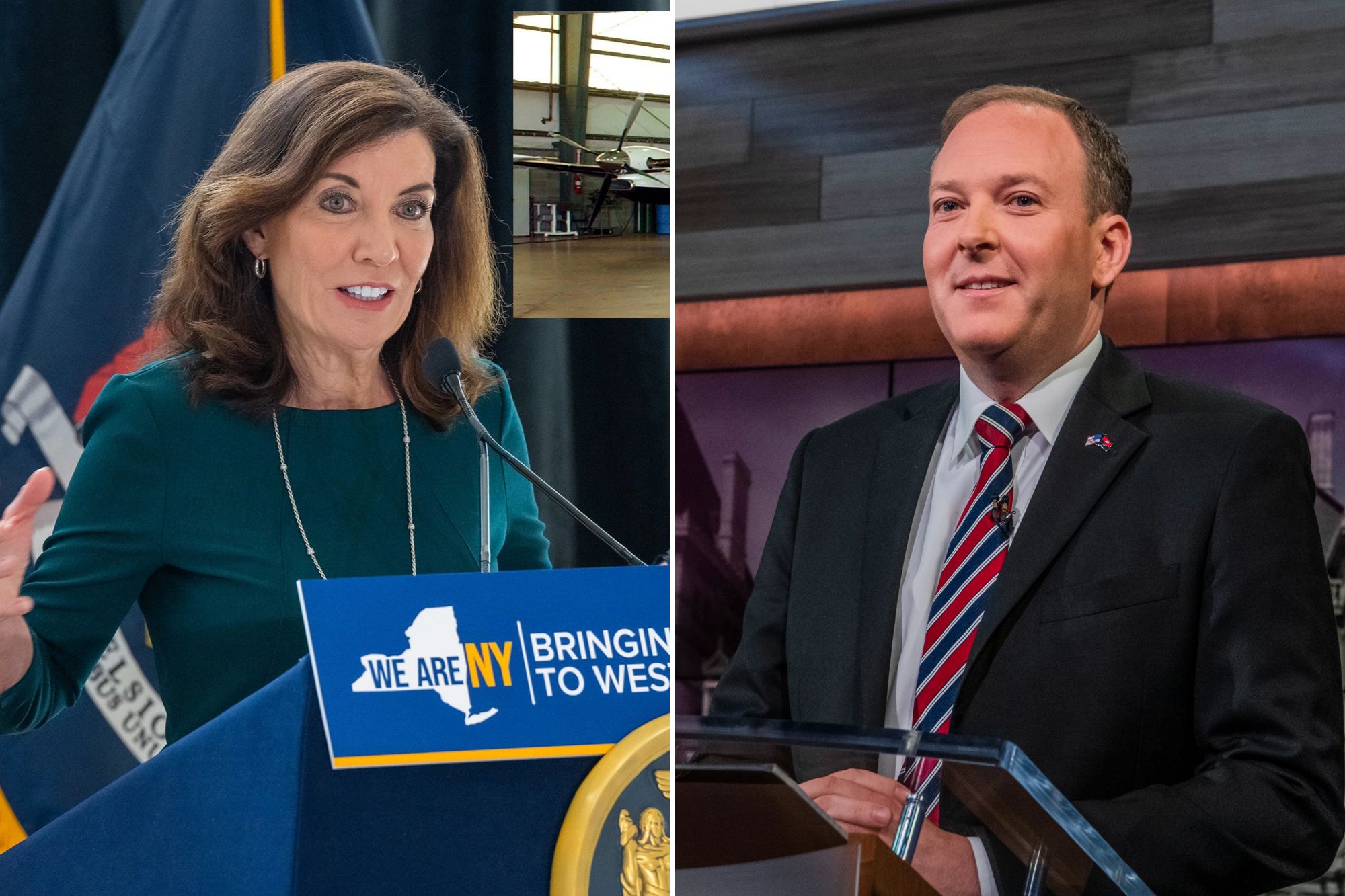 Two invites are sitting on the table, from CBS2 News and PIX 11. Zeldin’s accepted both; she’s . . . thinking about it.

At least she’s not using her usual excuse for putting off a decision, the one she used for everything from delaying any rollback of COVID restrictions to holding off for months on any effort to fix the state’s disastrous criminal-justice reforms, namely: “I need more data.”

Yes, the gov sits on a $12 million campaign war chest after spending much of her time in office raising funds from folks with interests before the state she leads. Why minimize that ill-gotten advantage by giving the challenger free exposure? Especially when polls show she’s ahead?

And frontrunners often dodge debates: Few politicians find “It’s your duty to the public” to be a convincing argument.

That leaves Zeldin charging, rightly enough, that Hochul’s afraid to debate him; he wants five debates across the state, arguing, “Voters deserve the ability to make an informed decision about the future of our state.” Team Hochul’s typically empty reply: The gov “looks forward to debating Congressman Zeldin this fall,” followed by her standard attack lines.

Thing is, this race is a lot closer than the 24-point gap found in a recent SurveyUSA poll: The same outfit said Zeldin would only win the GOP primary by two points, when he won by 21 — which suggests she’s really only ahead by five now, with voters yet to pay close attention.

And if Hochul hopes to ever be an effective governor, one who can actually stand up to the Legislature, she should be striving for a smashing win. And, having sat down with both candidates, we’re not certain which one would score better with New York voters in a face-off.

Yes, a debate might force the gov to talk about tough issues for her from rising crime and soaring energy costs to the sad state of New York’s economy. But she could push him on her winning issues, from abortion to gun control.

We think the balance of issues is entirely on Zeldin’s side: Even setting aside her pathetic performance on crime, her radical green-energy agenda — pushing electric bills ever higher and guaranteeing future blackouts — should make the case. But the voters might well disagree.

No, we fear her reluctance actually comes down to the thing that most infuriates us about this governor: She hates taking a stand on anything more controversial than whether the sun will rise tomorrow. She’s asking voters to pick her for governor without them hearing what her policies are on some of the major issues facing the state.

The Zeldin camp might as well pay for a costumed yellow chicken to show at her every public appearance now. Hochul’s defense of her Bills-stadium giveaway shows she’s incredibly shameless, but the negative publicity just might push her to actually honor the spirit of democracy and actually do several meaningful faceoffs with her opponent.

NY Democrats only have themselves to blame for losing Reps. Carolyn Maloney, Mondaire Jones