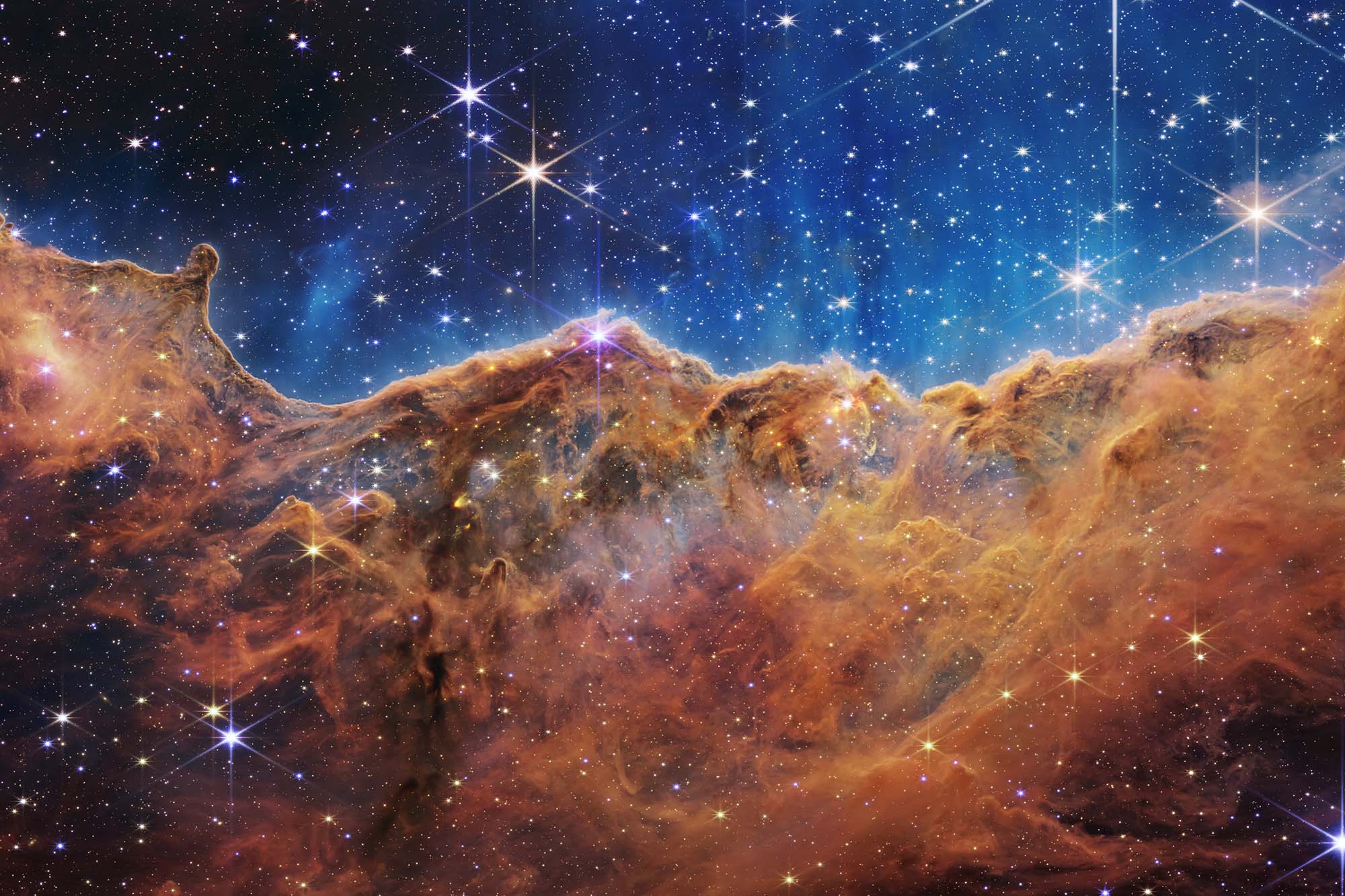 NASA’s first releases of images from the James Webb Space Telescope are just a taste of the wonders to come, but they already astound.

Some show the SMACS 0723 galaxy cluster, whose combined gravity focuses light from 4.6 billion years ago, allowing observation of thousands of galaxies from within a billion years of the Big Bang. Continued scanning will teach us more about the galaxies’ masses, ages, histories and compositions, greatly deepening scientists’ understanding of how the universe works.

Others capture the Carina Nebula, one of the brightest nebulae in the sky, 7,600 light-years away and include haunting images of the star-forming region NGC 3324; Stephan’s Quintet, five galaxies 290 million light-years away, four of them so close they’re visibly pulling on each other; the planetary Southern Ring Nebula encircling a dying star.

And the ’scope is offering detailed info on WASP-96b, the largest known planet outside our solar system.

Yes, it’s all abstract knowledge — for now. But such always winds up with practical value; we just don’t yet know enough to know how.

And the project stretches our horizons from mundane issues to far closer to infinity — at once satisfying and inspiring the basic human impulse to learn more; to better understand and appreciate blessed Creation.

Thousands of scientists, techs and engineers from 14 countries spent 40 million hours building the observatory, which launched last Christmas and now orbits at the Earth-Sun L2 point, a million miles away.