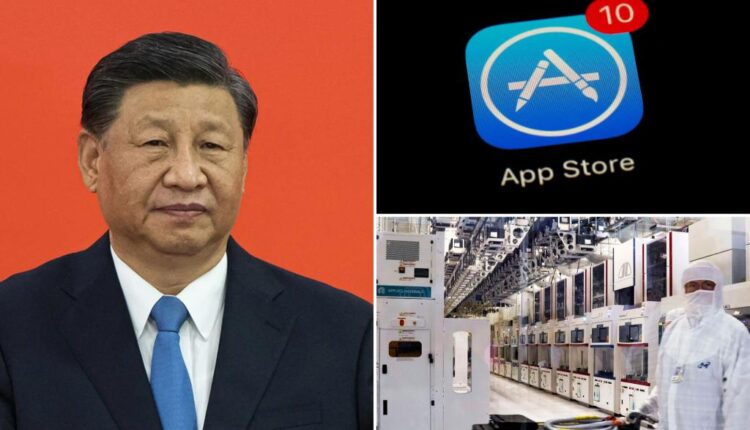 Our great power struggle with China has intensified significantly over the past several years. Meanwhile, the war over information, particularly regarding Russia’s brutal war against Ukraine, has highlighted how our tech sector is a source of American national strength. For those reasons, among others, it’s vital that Washington maintains a legal environment that keeps Big Tech strong and assures it will protect the nation’s data.

Americans have legitimate concerns about Big Tech’s censorship of conservative voices as well as its handling of personal data. Fortunately, recent changes in the social-media landscape demonstrate that the market and targeted government action may already be curing some of the worst overreach and censorship.

At the same time, our foreign adversaries — especially China — will welcome any US government actions that weaken our domestic tech industry, not just regarding information, but also with respect to research and development in the critical fields of artificial intelligence, quantum computing, machine learning, 5G telecommunications, chipmaking and space exploration. These are the technologies that will determine 21st-century global leadership.

Chinese President Xi Jinping and the Chinese Communist Party — through the “Made in China 2025” initiative — have committed to invest $1.4 trillion to achieve global dominance over the West. It is only the innovation and ingenuity of the American private sector that will stop Xi from supplanting the United States as the global superpower.

Unfortunately, legislation now under consideration in Congress — specifically, bills like the Open App Markets Act and the American Innovation and Choice Online Act — will place US companies at a structural disadvantage vis-à-vis China, leaving our tech industry weakened and vulnerable to the CCP. If these bills become law, China could quickly surpass and displace the United States in the global tech sector. We cannot afford to cede this important ground to Beijing.

We all support and welcome robust competition in the marketplace. But government mandates that open our tech platforms to foreign rivals without sufficient safeguards will lead to more malign activity by Russia, China, Iran and North Korea, not to mention cyber mercenaries or non-state criminal actors.

These bills would do that and put American consumers at risk. Many have warned against downloading apps from third-party vendors. Yet these bills would alter the app store ecosystem and create an open door for nefarious app developers of all kinds to get their content on our phones and tablets, removing safeguards and vetting that companies use to protect consumers.

GOP lawmakers should reconsider supporting this controversial legislation put forward by Sen. Amy Klobuchar. Giving Klobuchar and other congressional Democrats a victory on a bill that undermines US personal-data security and in no way addresses conservatives’ censorship concerns is political and legislative malpractice.

We agree that Big Tech has some problems that it must correct and reform. A tailored approach to the issue would include six key, common-sense provisions. It would:

Finally, we must incentivize a more stable investment environment for future technology advancement by minimizing tax and regulatory burdens.

In great competition for power, it matters which nation controls technology’s future. Lawmakers must remember that America’s strength is rooted in our ability to innovate and create. Legislation that undermines the innovation and ingenuity of the American private sector will not help American consumers. It will, however, be a boon to Beijing and Moscow.