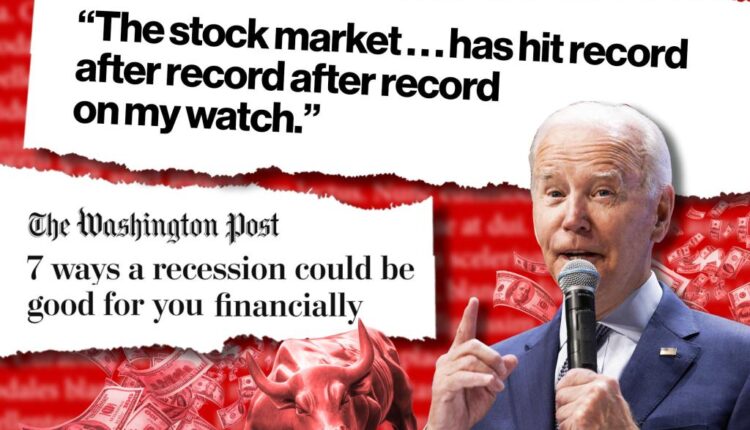 We say: Take comfort, America: “The economy hasn’t imploded as it did during the Great Depression.” Yes, that’s the best Michelle Singletary can suggest as she hopelessly attempts to put a positive spin on Democrats’ inflation-recession cycle in her truly wacky WaPo advice column. Home buyers, she notes, may see prices drop, though they’ll pay more in mortgage interest — and owners may lose a fortune. You might get more if you sell your used car (huh?). And “student loan forgiveness is coming” (triple-huh?). WaPo is clearly taking cues from the Babylon Bee, which earlier offered “9 Reasons Not To Worry About The Tanking Economy.” Except that was satire.

“[Democrats have] got to win this as that hurricane bears down on Florida.”

We say: As Ian was set to slam Florida, Klobuchar looked to score political points off it, suggesting that electing Democrats will prevent hurricanes. Please. Dems have never done a thing to meaningfully slow global warming, let alone block hurricanes. Making hay of this one, as people were running for their lives, was beyond despicable.

We say: Oops! With inflation soaring and recession already taking hold, stocks are down from when Biden took office, with the Dow now off about 4%. The Republican National Committee calculates a market loss of $7.6 trillion under Biden.

We say: If Democrats take advice from Dem strategist Kurt Bardella — i.e., say anything to lure votes, no matter how idiotic — they’re bound to lose. No one (likely not even Bardella himself) thinks the GOP will push a female dress code. Americans do care about the economy, inflation, crime and other issues where Democrats fare poorly, but don’t expect them to speak about those issues. (At least not honestly.)

We say: White House adviser Keisha Bottoms is using the Kurt Bardella strategy to win votes (see above): “Say anything, no matter how crazy.” The truth? Democrats may disagree with “MAGA Republicans” (by which Dems mean all Republicans), but GOPers have no desire to “destroy” the country — as Democrats well know. Alas, President Biden himself has called MAGA Republicans a “threat.” It’s utterly shameless.