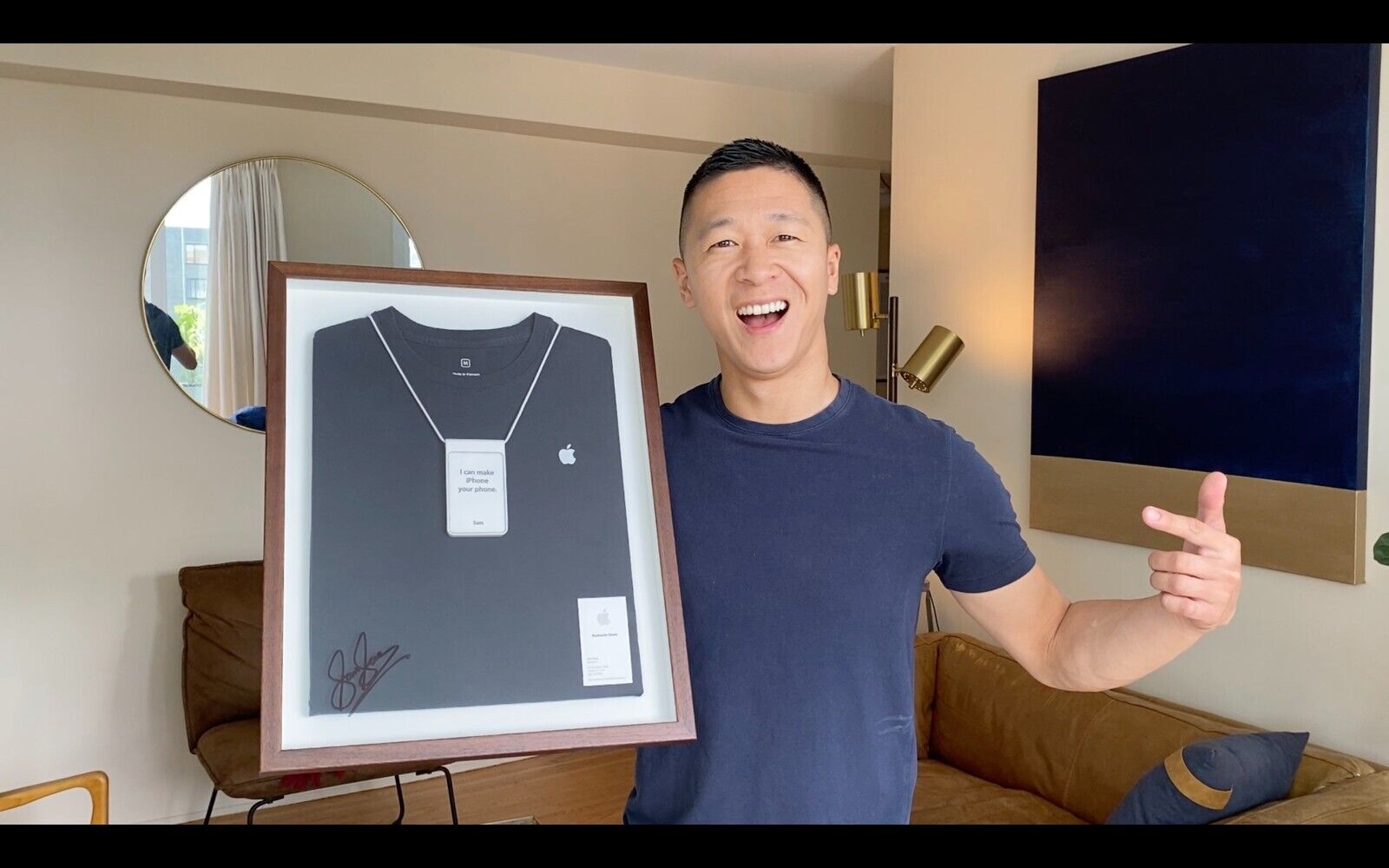 You often hear both Apple and Samsung in the same sentence when you’re comparing products, but you don’t often hear about a Sam Sung who works for Apple.

Sam Sung — who has since changed his name to Sam Struan — was an Apple Specialist at the Apple Store in Vancouver, Canada. He went viral when a picture of his Apple ID badge with his ironic name hit the internet. Later (after he no longer worked for the company), he sold that ID badge for north of $2,500 and donated the proceeds to the Children’s Wish Foundation of BC and Yukon. Well, Sam Struan is up to his old tricks again.

Before moving to Canada, Struan worked for an Apple Store in Glasgow, Scotland, and in an interview with STV News (opens in new tab), Struan said that he thought his Scottish ID badge was lost. Struan said one of his family members found it recently and “given the unexpected success I had a few years ago, I thought I would try my luck one more time and bring some funds and awareness to another great cause.”

That’s right, he’s auctioning off his Apple ID badge from his time working as an Apple Specialist at 147 Buchanan Street in Glasgow. It has his old surname, just like the Canadian one did, showing that Sam Sung really did work at the Apple Store.

The eBay listing (opens in new tab) for the auction is still going and, at the time of publishing, has close to $1,000. All auction proceeds will go to the Downtown Eastside Women’s Centre in Vancouver.

New Yorkers are still waiting to see if Kathy Hochul is Cuomo 2.0

The Doctrine of Manifest Arbitrariness