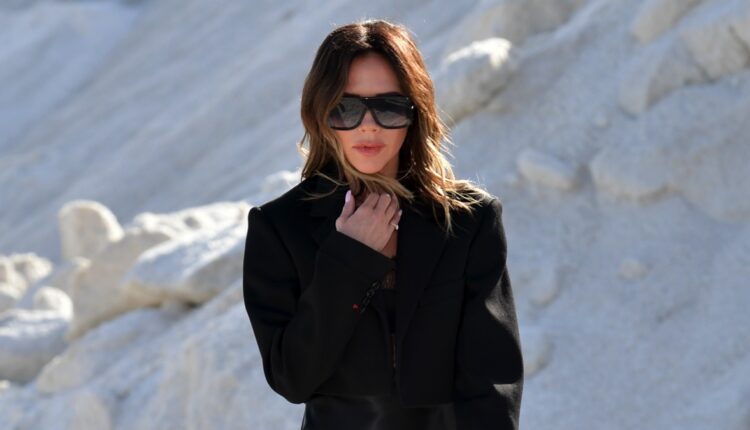 Victoria Beckham says she removed her tattoo of her husband David Beckham’s initials as it wasn’t “delicate”.

The former Spice Girl, 48, sparked a raft of rumors about why she had it removed when fans noticed the wrist inking was missing, but she denied it was a sign she was leaving her ex-footballer partner.

Victoria told the ‘Today’ show on Thursday (13.10.22): “I had these tattoos a long, long time ago and they just weren’t particularly delicate.

“Mine were just a little bit thick and they were bleeding a little bit and they just weren’t as pretty. They just didn’t look so nice. It doesn’t mean anything more than that.

“The media started to speculate, ‘Was I leaving my husband?’ No. I was just a bit sick of the tattoo. It’s as simple as that.”

Victoria, who shares children Brooklyn, 23, Romeo, 20, Cruz, 17, and Harper, 11, with David, 47, also addressed rumours of a rift between her and Brooklyn’s new wife Nicola Peltz.

She said: “It was a beautiful wedding. As a mother, to see my son so happy, means so much.”

When asked what lessons she hopes her son and model Nicola, 27, take from her marriage to David, Victoria replied: “I think it’s about being a close family and having the lines of communication always open. You can never really offer advice, the kids have to figure it out themselves but you have to be there.”

Victoria was seen with Brooklyn and Nicola during Paris Fashion Week, following Nicola claiming Victoria had bailed on plans to make her wedding dress when she got hitched to Brooklyn in April.

Nicola, who ended wearing a couture Valentino gown for her big day, claimed she didn’t hear from Victoria for days before she rang to say she wouldn’t make the dress for her nuptials.

The model and actress previously told Grazia magazine: “We connected to start designing the dress, and then a few days went by and I didn’t hear anything. Victoria called my mom and said her atelier couldn’t make it… I was planning on wearing Victoria’s wedding dress and I was truly so excited to be able to wear a design that my future mother-in-law created. I thought that was so beautiful and such a beautiful story.

“So, I spoke to my mom and Leslie, and I was like, ‘Well, unfortunately, this can’t happen, so what’s the next step?’

“I’ve been a fan of Valentino and their couture for so long. I was really lucky to be able to travel to (the atelier) to try on the dress. That’s really what happened.”

Brooklyn added to Grazia Nicola is his “number one priority” and they “have each other’s back 100%”.