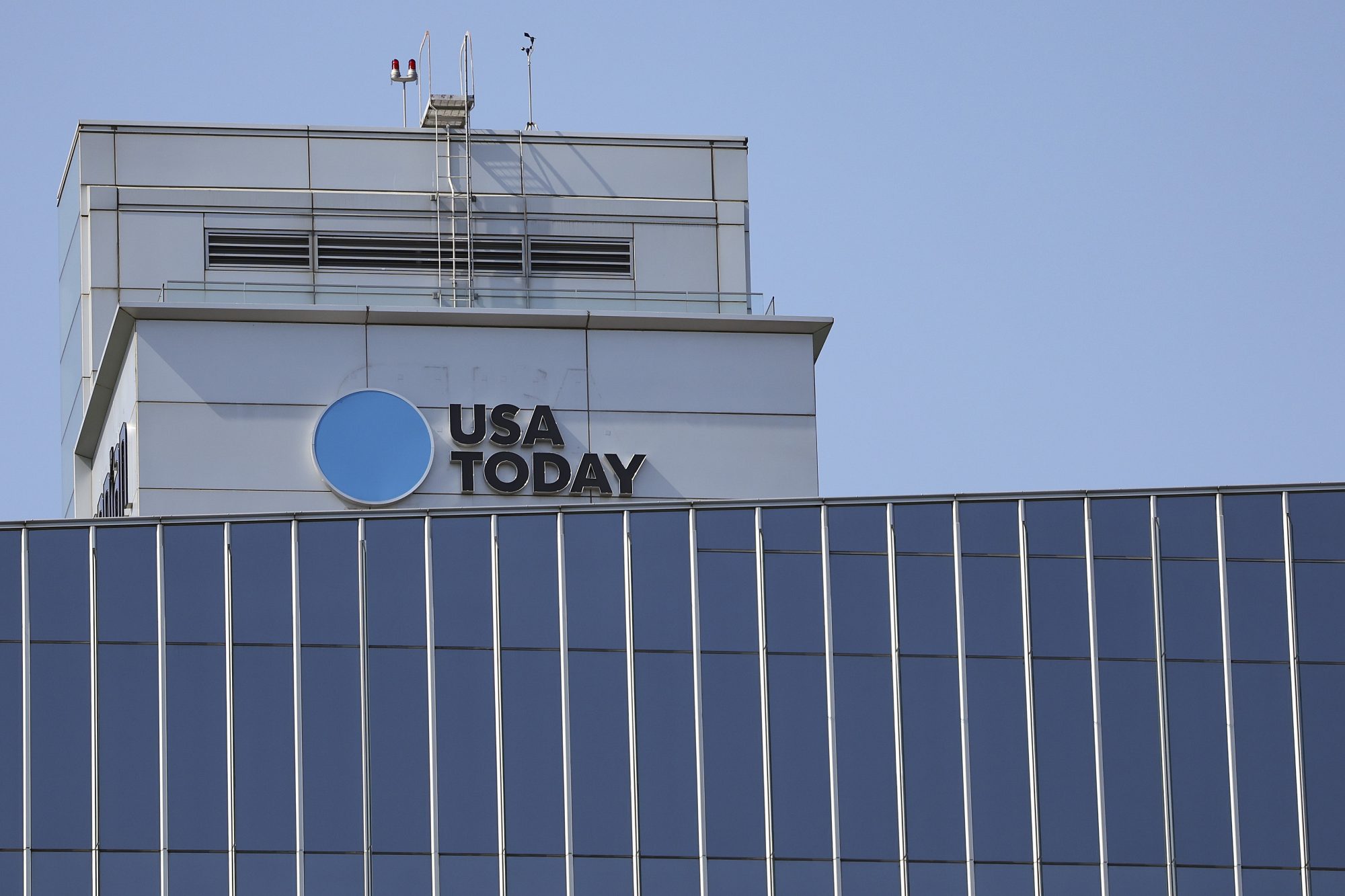 Gannett, the nation’s largest newspaper chain, with more than 200 daily newspapers, announced this month that it’s walking away from opinion sections like the one you’re reading. USA Today’s liberal editorial page editor said they failed to “evolve.”

I know something about Gannett’s evolution since I was USA Today’s deputy editorial page editor until August, when I was demoted after I tweeted, “People who are pregnant are also women.”

That idea was forbidden because a “news reporter” covering diversity, equity and inclusion wrote a story detailing how transgender men can get pregnant. I compounded my sin against this new orthodoxy by calling the idea that men can get pregnant an “opinion.”

If I wanted to keep any job at USA Today, my bosses informed me, I needed to delete these offensive tweets because they were causing pain to the LGBTQ activists and journalists on our staff.

Now, I have been an opinion journalist for 30 years — I thought I was authorized to have opinions. The idea that women are the ones who get pregnant has gone from scientific fact to opinion to outright falsehood in the blink of an eye. Nevertheless, it remains my opinion that women get pregnant. Women, after all, come with all the accoutrements — vaginas, uteruses, ovaries and mammary glands.

Don’t misunderstand. I want nothing more than for trans and non-binary people to live free and fulfilling lives, work in peace and pursue happiness as they see fit. In my personal life, I love one of them.

But the LGBTQ Employee Resource Group and the newsroom “diversity” committee thought I should be fired. That makes me worry. No, I don’t worry for me. I’ll be fine. I am a cis hetero white male with all the privilege that goes with it, as I have learned in my Gannett-mandated diversity training. To even complain on my behalf would be a microaggression, as I also learned in Gannett training.

What I do worry about is that Gannett shareholders are being taken for a ride. Gannett’s story is that it is becoming the USA Today network in which newspapers in dozens of states will embrace diversity, reflect their communities and bubble up a uniquely accurate view of America that millions will pay for.

But what if our journalism is written by people who look like America but sound like the Harvard English Department? What if we look like our communities but don’t think anything like them or share their values and priorities? Readers are bound to notice.

Gannett’s problem isn’t the failure of its opinion sections to “evolve.” It’s that readers don’t care for what they’ve evolved into.

I don’t know what’s going on in the news or sports departments across the network, but I do know what’s going on in opinion sections. Until August, I read a daily memo of the national opinion produced across the network, and most days there’s nothing by a conservative staffer at a local paper. From time to time there’s one from a freelancer or one of the then-three right-leaning staffers in USA Today’s opinion section. (Now two.)

I do know that at USA Today, members of the newsroom “diversity” committee are allowed to edit “problematic” opinion content. Members of this intolerant “diversity” committee root around in unpublished articles and try to spike those that run afoul of their agenda. The few controversial conservative columns that make it through the gauntlet must be matched with content more amenable to the diversity ideology. Staffers in regional design centers — the people who lay out the papers — have the ability to kill conservative columns local opinion editors select.

If woke news-department staffers have anything like the influence in news that they have in opinion, half our potential subscribers have no chance of seeing their views fairly represented. One example of what runs in USA Today’s news section suffices to tell how bad the divide between regular readers and our DEI-inspired ideology has become: Imagine 1,000 words on how bigots in normal America misunderstand pedophilia.

While Gannett and USA Today’s top leaders have understandably focused on the company’s billion-dollar debt and quarterly bottom line, they’ve lost control of its newsrooms, which are writing off half their potential readers to pursue activist staffers’ narrow political agendas. It won’t be long before that hits the bottom line — if it hasn’t already.

Chrome wants to take over your iPhone passwords