Union bosses rake it in, even as their ranks shrink 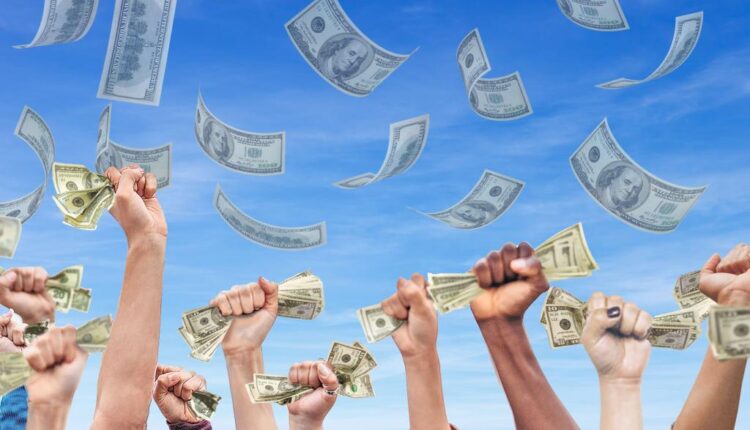 The pandemic accelerated a trend that has plagued private-sector unions for decades and public-sector unions for the past decade: declining membership. In recent years, union membership losses mounted, even as worker shortages during the COVID lockdowns gave employees new leverage in the workplace, and despite a recent Gallup poll showing that Americans’ favorable view of labor unions has hit a nearly six-decade high.

Unions and their allies blame their continuing membership losses on GOP laws and policies that have made it hard to organize workplaces. “[T]here’s a war on organizing, collective bargaining, unions, and workers,” President Biden’s campaign literature declared back in 2020. “Republican governors and state legislatures across the country have advanced anti-worker legislation to undercut the labor movement and collective bargaining.”

Union critics typically respond that labor leaders undermined their own movement by driving up costs for companies and levying high membership fees that don’t necessarily match the benefits they provide to workers.

Now, a new study by a pro-labor research group adds fuel to this debate. It finds that, despite continuing membership declines, big unions themselves are flourishing financially. They’ve managed to hike membership fees, cut costs by trimming union staff, and stint on strike benefits and organizing efforts. They’re exhibiting what’s known controversially in the labor movement as “fortress unionism” — a financial strategy that involves accepting the status quo, husbanding resources to bolster their balance sheets, and spending little money to seek new members.

Theoretically, these unions are biding their time for when they can spend money — in some ideal future, with a friendly administration in Washington rewriting much of American labor law in their favor. But neither the current Biden administration and Democratic Congress nor a friendly Obama White House a decade earlier have given unions what they want. That raises the question of whether union leaders will ever unlock their bulging purses.

The new report, provocatively titled “Labor’s Fortress of Finance” by the pro-labor Radish Research, looks at the balance sheets of big unions since 2010, based on financial statements they must file with the Department of Labor. It finds that, over that period, unions have lost some 710,000 members, yet union membership revenues increased by one-third, to $18 billion — 85% of that from fees on members, which grew by a similar rate.

By contrast, union spending increased by just 18% over that time. The money that unions expended representing workers, for instance, improved by just 13%. As a result, the surplus (the equivalent of profits at a business) that unions generated grew almost sixfold, to nearly $2.5 billion in 2021, from just $426 million in 2010. Collectively, their cash on hand more than doubled in 11 years to $11.3 billion, their investments soared nearly 150% to $17.4 billion, and their net assets rose 120%, to $31.6 billion.

Few businesses or organizations consistently losing members (or customers) can raise prices or fees, but unions have managed to do so in part because, in almost half of all states, workers in the private sector have little choice but to pay dues or fees if a union organizes their workplace.

Over the same period, labor groups cut their own staffs by 20%, or 25,000 workers. One group that didn’t get the heave-ho, however, was union leadership. Its ranks increased by 64%, to more than 12,000 employees. With a top-heavier union leadership structure, the average wage paid by unions to individual staff members increased by 40% to $74,180 in 11 years.

While salaries were going up, the amount of money that unions sent to members in the form of strike benefits remained small, averaging just $78 million a year, or 0.4% of annual unions’ net assets. “The financial analysis suggests that collectively organized labor has sufficient assets to support workers engaged in strikes at significantly higher levels,” the Radish report argues.

Analyses of individual unions bear out the trends suggested in the Radish study. A report earlier this year on the finances of the National Education Association by The74million.org, an education website, found that the giant teachers union saw its revenues grow by 2% in the COVID lockdown year of 2020, though it lost 2,533 members.

One reason is that unions often tie member fees to salaries, and as they increase, so do the dues — often offsetting membership declines. With the federal government pouring money into local governments, including school districts, since the beginning of the pandemic ($130 billion to schools from Biden’s 2021 American Rescue Plan Act alone), and with much of that money going to higher salaries, we’re likely to see even more robust growth in union revenues, despite further declines in unionization.

These kinds of numbers are increasingly controversial, even within the labor movement. The Radish report, for instance, argues that it’s time for unions to unlock their purses and spend billions of dollars hiring new organizers, supporting other groups sympathetic to labor, boosting strike benefits up to tenfold, and backing “riskier civil disobedience”-like illegal strikes.

To do that would require, I suspect, a radical change in current leadership at many unions, and that in turn might require a radical change in attitudes and voting patterns among union members. Recruiting new workers might still be a tough mountain to climb, however.

The recent Gallup poll showing that Americans view unions more favorably also found that the vast majority of those who aren’t in unions are not interested in joining one. I imagine that current union leaders sense this, too, and are more interested in padding their organizations’ finances, and in enjoying the enhanced power that brings, than in embarking on expensive new recruiting campaigns.

Self-preservation seems to be union leaderships’ Number One goal.

Reprinted with permission from City Journal.

After arguing gender is a construct, Dems now want us to care that Hochul is a woman