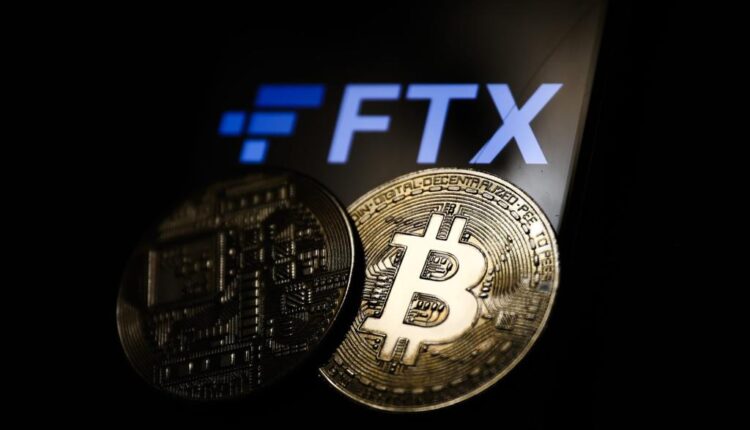 “Everyone can understand zero.” That’s likely to be the epitaph of high-flying investor — and Democratic megadonor — Sam Bankman-Fried’s crypto business, FTX.

FTX invested a lot of its customers’ money in the Bankman-Fried-founded company Alameda Research. As The Maine Wire explains: “Alameda was one of those operations where you’re told just to trust that really, really smart computer geeks are taking a small amount of money and making it into a big amount of money using computer wizardry you can’t understand. But everyone can understand zero — which is the amount venture cap giant Sequoia Capital is expecting to get back on its mammoth investment in FTX.”

Until its collapse this week, FTX was one of the biggest cryptocurrency exchanges — and trading platforms — in existence. Not long ago it was worth $32 billion, and Bankman-Fried himself was worth $26 billion. Now it’s more or less worthless, and Bankman-Fried is no longer a billionaire. He might even wind up worth zero or less than that by the time things are settled. Binance, which was the world’s No. 1 platform, mounted an abortive rescue bid but withdrew once it got a look at the books.

As word spread, FTX customers tried to pull their money out, and in what was basically a cryptocurrency version of a bank run, soon FTX was unable to meet the demand for withdrawals. Regulators in the Bahamas, where the company operated, shut it down and launched a criminal investigation. United States regulators are sniffing around too.

Lots of other people are out a lot of money: The Ontario Teachers’ Pension Plan, Canada’s third-largest fund, has lost $95 million, and that’s just one example. FTX’s collapse is yet another story of crypto shock, following dramatic drops in valuation for various cryptocurrencies like Bitcoin, Ether, etc.

Some are saying this is a reason crypto investors shouldn’t store their wealth in exchanges but rather keep custody themselves — the digital equivalent of storing your money under a mattress. Of course that, like mattresses, has its own risk.

Others are saying crypto exchanges must be forced to keep sufficient reserves to honor all withdrawals, which is asking a lot. Ordinary banks can’t do that — that’s why they’re called “fractional reserve” banks. They depend on the Federal Reserve and federal deposit insurance to back them up, but there are no such protections for crypto.

No doubt we’ll see a lot of congressmen and regulators jumping to condemn cryptocurrencies, but they have a problem: They’re basically in the same game.

Some, of course, are more or less literally in the game with Bankman-Fried. He was the second-largest Democratic donor in 2022, after George Soros, and routinely palled around with top Democrats, sharing a stage with Bill Clinton in the Bahamas.

“He spent a lot of time on Capitol Hill,” says Rep. Jim Himes (D-Conn). He had pledged to give $1 billion to Democrats. He doesn’t have a billion to give anymore.

But in a larger sense, the federal government — call it FGX if you like — is in a similar game. Few of Bankman-Fried’s investors fully understood what they were investing in and how it worked. They just saw what looked like a booming business and went with it. It was a matter of reputation (and maybe of a scarcity of appealing alternatives in this year’s financial markets). They hadn’t seen the books and might not have understood them if they had.

Likewise, the United States government operates largely on reputation. Would you lend money to someone whose debt kept climbing with no apparent limit? As I write this, the US Debt Clock places the national debt at more than $31 trillion and climbing steadily. There’s no plan to bring that amount under control, no realistic plan to pay for it over the long term and no way to fund the federal budget without borrowing. If interest rates on federal debt were to rise to levels we’ve seen in past years, we wouldn’t even be able to make the payments.

Most people think that really smart people in Washington are managing this problem, though the phrase “really smart people in Washington” should give anyone pause. But nobody really understands all the workings of the economy, the federal budget and interest rates. Probably nobody can really understand all those things simultaneously. But if it comes to it, everyone will understand zero.

There’s one big difference between FTX and the United States government, though. FTX’s customers were there voluntarily. US taxpayers, on the other hand, have no choice. Ponder that, and hang on.