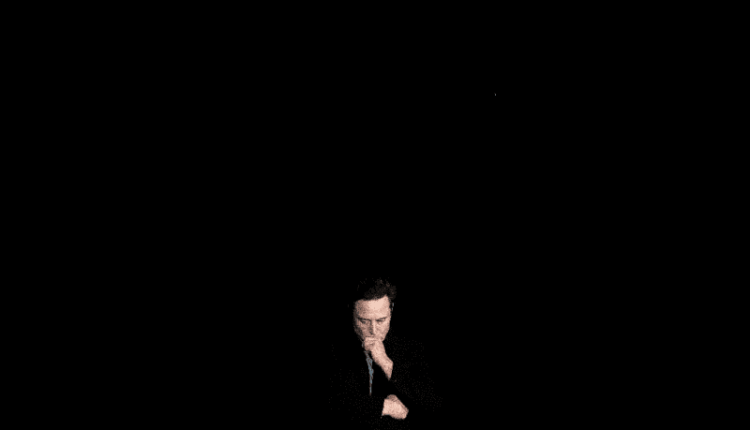 The seesaw action by Musk, a self-declared “free speech absolutist,” cast new uncertainty on the direction the social media platform will take under his new ownership. It also underscored the huge megaphone Musk now has at his disposal.

Musk early Sunday tweeted a response to Hillary Clinton, who posted a news story about the alleged attacker’s links to the far right.

“There is a tiny possibility there might be more to this story than meets the eye,” Musk told Clinton, attaching a link to the story, which is no longer accessible, by the conservative Santa Monica Observer.

Musk may have had second thoughts about the tweet because around noon a message appeared, “This Tweet was deleted by the Tweet author.” By then, Musk’s tweet had been liked 110,000 times, the online Semafor news site said.

The tweet was no longer visible Sunday afternoon on Musk’s feed.

The weekly outlet cited by Musk in his tweet has published other conspiracy theories in the past, including that a body double for Clinton was sent to a debate with Donald Trump during the 2016 election campaign, according to the Los Angeles Times.

Musk’s Sunday tweet swiftly became a focal point for critics who have been nervous about the direction in which he intends to take Twitter, the leading social media platform for global discourse and diplomacy.

Twitter’s communications department did not respond to an AFP request for comment about the tweet and whether Musk himself deleted it.

Musk, whose outspoken and controversial tweets have courted trouble in the past, has vowed to dial back content moderation, relying more on computer algorithms than human monitors. Conservatives say past moderation has unfairly targeted their views.

In a message meant to reassure jittery Twitter advertisers on his leadership, Musk said late last week that he realizes Twitter “cannot become a free-for-all hellscape where anything can be said with no consequences.”

But detractors warn that without standards, the world’s “digital town square” is at risk of becoming flooded with misinformation, with possibly perilous consequences for democracy and public health.

“Clinton: Conspiracy theories are getting people killed and we shouldn’t amplify them. Owner of Twitter: But have you considered this conspiracy theory?” wrote University of Denver political scientist Seth Masket after Musk’s Sunday tweet.

The former UN special rapporteur for freedom of expression, David Kaye, poked fun at the multiple hats Musk seems to want to wear. He wrote on Twitter: “troll elon should report this takedown to chief twit elon.”

Nancy Pelosi, who is second in line to the US presidency, has said her family is “heartbroken and traumatized” after the intruder broke into the couple’s San Francisco home early Friday and attacked Paul Pelosi with a hammer, fracturing his skull.

The 82-year-old is recovering in hospital.

President Joe Biden has said it appears the assault was “intended for Nancy,” and called out increasingly polarizing political rhetoric.

“The Republican Party and its mouthpieces now regularly spread hate and deranged conspiracy theories. It is shocking, but not surprising, that violence is the result,” Clinton said in her tweet.

Musk’s response came just hours after Twitter said the site was being targeted by a trolling campaign testing its moderation policies under the billionaire entrepreneur’s leadership.

“Twitter’s policies haven’t changed…. And we’re taking steps to put a stop to an organized effort to make people think we have,” tweeted the platform’s chief of safety and integrity, Yoel Roth.

Roth said a “small number of accounts” had posted “a ton” of hate content — including 50,000 tweets using a particular slur made by just 300 accounts.

“Nearly all” of the accounts are inauthentic, he said.

Roth also retweeted a Musk post in which the Tesla chief reiterated that “we have not yet made any changes to Twitter’s content moderation policies.”

The Week in Drag — Fashion, fun, and frights — just in time for Halloween – Socialite Life