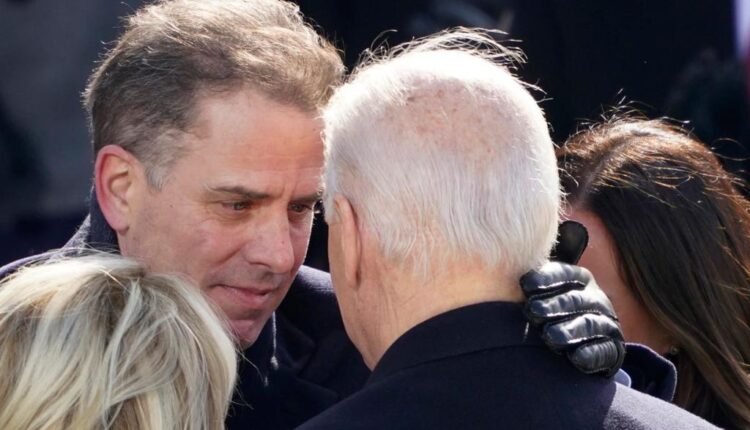 As prosecutors weigh charges against Hunter Biden, don’t forget the many reasons to think the Joe Biden Justice Department shouldn’t be making these calls.

The most recent evidence is the fact that sources close to the investigation felt the need to leak news that the feds have enough to bring tax- and gun-related charges. No way that happens unless people within Justice are seriously worried about even those puny charges getting squelched.

They have reason to worry: Former Hunter associate Tony Bobulinski years ago corroborated to the FBI that indeed, the laptop emails said exactly what they seemed to. I.e. that millions of dollars flowed from Hunter’s corrupt foreign dealing not only to him but his wider family, including his uncle James. And that a 10% slice of those dollars was reserved for the “big guy”, plainly Hunter’s dad Joe.

The result? Agent Tim Thibault seemingly kiboshed any real inquiry into the matter and then left the building for a free-and-easy-retirement.

Then there’s the fact that the investigation — despite ample evidence already made public — has limped along for years. If that laptop had been full of incriminating emails from Eric Trump and photos of Don Jr. smoking crack, does anyone doubt they’d have been in court long ago?

One reason why FBI agents felt compelled to leak to The Washington Post that they’ve had enough evidence for a criminal case for months is that they feel that David Weiss, the US Attorney for Delaware, is sitting on a plainly prosecutable case.

Consider, too, that Weiss’ boss, US Attorney General Merrick Garland, reports directly to Hunter’s dad — a person of interest (or one who should be of interest) in this sordid affair. The whole situation screams out for a special counsel.

From start to finish, it’s sure looked like the Biden mafia’s clan interests have obstructed the functioning of the law here (just as their allies in the media and Big Tech throttled our pre-2020-election reporting on Hunter’s laptop).

Unless and until outside counsel comes on, there’s little hope justice will actually be served.