Top Sights and Activities for a Weekend Getaway to Milan

Spend the weekend in the Lombardy region of northern Italy and see what all the fuss is about. We’re talking about Milan, the fashion capital of the world. Milan is the second-largest city in Italy and a great place to spend a weekend trip.

Many fantastic sights await. With just the weekend to see them, some guidance on top-notch places to go is ideal. We’ve got your few days planned here for a perfect weekend getaway to Milan!

Of course, a must is Leonardo da Vinci’s “The Last Supper” at the Santa Maria Delle Grazie. Milan is an eclectic mix of old-world architecture and modern skyscrapers making the skyline a special feature, but completely Italian.

While out and about in Milan, make use of a luggage storage locker to stow your belongings. You do not want to drag your shopping parcels or backpacks along with you through the city—they’ll only slow you down! 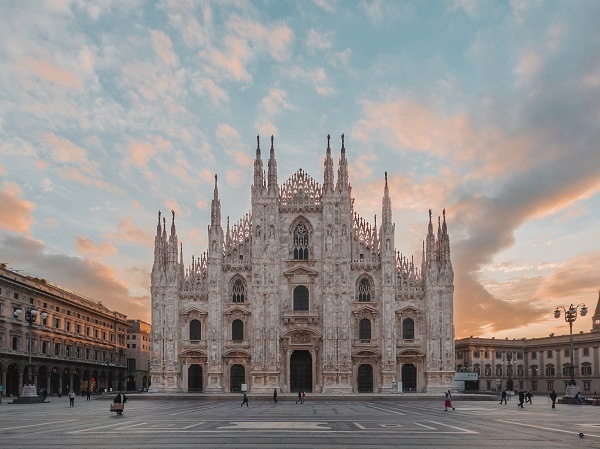 Located in the Piazza del Duomo in the center of Milan, the cathedral’s construction began in 1386 but was not officially completed for over 600 years. This iconic building is one of the most recognizable buildings in Milan.

The cathedral is filled with amazing art and statues, religious relics, and breathtaking architecture. Since you are only in Milan for the weekend, you do not want to miss seeing at least the outside of the Duomo di Milano.

Buy tickets online and avoid the long lines to see all of the cathedral in its majestic beauty, both inside and out. You can also choose to sign up for a guided tour to make sure you see the highlights.

Built in the 15th century, the Castello Sforzesco was constructed by the Duke of Milan, Francesco Sforza. The castle was enlarged during the 16th and 17th centuries, making it one of the biggest castles in Europe.

Buy your tickets online and wander through the marvelous central courtyard shadowed by the large guard towers on each side. The central guard tower is magnificent, as are the brick-lined wall with the battlements on top.

Inside the castle, you will wander through several small museums and view incredible collections and artifacts from the royal families who once resided within the walls of the castle.

Even if you do not want to do any shopping, you will want to visit one of the world’s oldest shopping malls. It was designed by Guiseppe Menggoni and opened in 1877. The entrance to the mall is absolutely breathtaking and the subject of many photos.

The Grand Galleria was designed so the sunlight would filter through the four glass panels of the ceiling. The shops within the mall are works of art with their ornate panels and stucco designs.

If you do feel like shopping, browse through high-end shops filled with Versace, Prada, and Louis Vuitton! 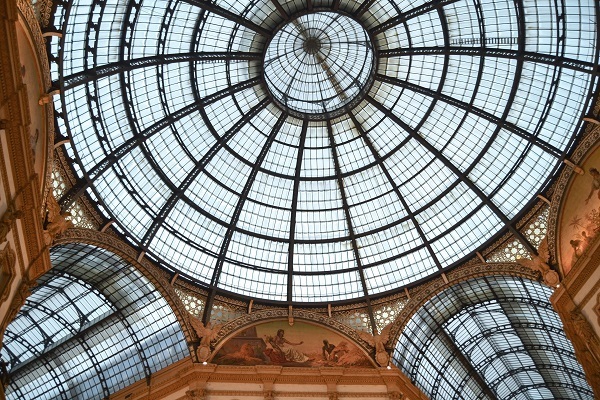 Opposite the Duomo di Milano, the Santa Maria Delle Grazie is home to da Vinci’s “The Last Supper” and is a very popular tourist spot. Built in 1497, the church and convent are as beautiful on the inside as on the outside.

The Santa Maria Delle Grazie is listed as a UNESCO World Heritage Site but is also a fully functioning church. People from around the world flock here to view the famous mural and try to decipher its significance.

Head over to the Palazzo Brera and visit the Pinacoteca for an afternoon of fine art. This fine art gallery is filled with ancient collections of Italian art. The Pinacoteca was originally a convent and then transformed into a national library.

In the 19th century, the Pinacoteca was converted into a fine art museum. While here, view “The Adoration of the Magi” by Correggio, “The Marriage of the Virgin” by Raphael, “The Last Supper” by Rubens, and “Pieta” by Bellini.

Located within walking distance of the Piazza del Duomo and the Castello Sforzesco, you can easily visit all three in the same day while on your weekend getaway to Milan.

Dating back to 379 A.D., this ancient building is one of the oldest in the city and was built by St. Ambrose. The city has been built around this rather unassuming church but it is still the focal point of the neighborhood and a popular tourist spot.

The inside of the Basilica di Sant’Ambrogio has some of the most beautiful artwork and mosaics as well as the depictions of Christ throughout. The outside courtyard is framed by two towers and has amazingly ornate arches.

With your time limited to just a weekend visit to Milan, spend a few hours experiencing the hum of the Piazza Mercanti. It is only about a three-minute walk from the Grand Galleria Vittorio Emanuele II.

The plaza was once the heart of Milan during the Middle Ages and there are many landmarks still here that showcase the trade markets and merchants from that time. View several monuments and statues on display.

One of the best ways to see a city is by signing up for a walking tour. Ensure your weekend trip to Milan is fantastic by joining a tour, or even two, exploring the city with a knowledgeable professional guide.

If you have three hours to spare, sign up for this private walking tour and experience the history and culture of Milan. Learn about the historical center of the city, listen to stories about the people of Milan, and see many of the popular sites. 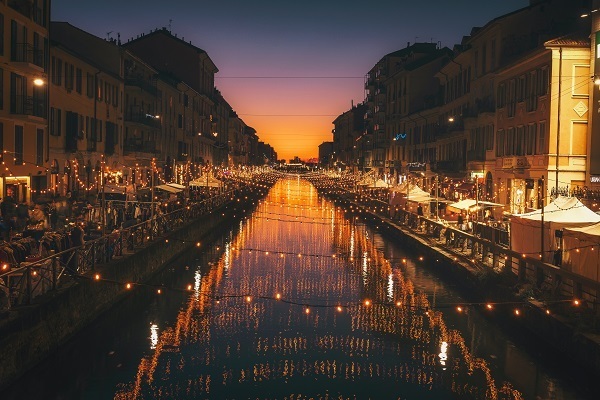 Grab your family or friends, pack your bags, and head to Milan for a fantastic trip! Take some time to plan your itinerary so you can hit the highlights and see some of the major sights during your weekend getaway to Milan.

Read more:
12 Must See Cities for First Time in Europe
List Of 9 Of The Best Places To Live In Italy
Weather In Italy In October: Should You Go?

The Best CBD Oil for Eczema