If you’ve stumbled across this article on social media, congratulations!

You’re one of the few people allowed to read it!

This blog, Gadfly on the Wall, used to be read by at least half a million people each year. Now it’s seen by barely 100,000.

The reason? Poor writing? Flagging interest in the subject?

I don’t think so.

Education is still as important today as it was in 2014 when I started this venture. And as to my writing ability, it’s no worse now than it was 8 years ago.

The difference it seems to me is the rise of social media censorship – not in the name of fact checking or peer review. After all, I’m a nationally board certified classroom teacher with a masters in education writing about the field where I’ve been employed for two decades.

However, the tech bros who gate keep what could have been the free exchange of information on the Internet insist they get paid for access.

You want your voice to be heard? You’ve got to pay like any other advertiser – even if your product is simply your opinion backed by facts.

I’d write an article, post it on social media and see it reposted again and again. You’d think that would mean it was popular, but no. The people who saw it liked it enough to suggest it to others, but it went little further. With each share, fewer people saw it. Like someone put up a wall in front of it.

In truth, I’m lucky as many people had the opportunity to read my work as did.

The question is where do I go from here?

Should I continue, knowing only a select few will get to hear me? Should I try paying the billionaire tech bros to let more readers in?

My work isn’t a product and no one is paying me to do it.

In any case, here’s a look back at my most popular articles from the year that was and one honorable mention:

Description: My school’s football team is mostly black. They played a mostly white football team and were greeted by racial slurs and an allegedly intentional injury to one of our players. However, the Western Pennsylvania Interscholastic Athletic League (WPIAL) blamed both sides for the incident.

Fun Fact: It’s one of those decidedly local stories that community newspapers used to cover before almost all went bankrupt or were sold to the media giants. Having this platform allowed me to call out an injustice when most voices were silenced. The injured player’s mother thanked me for doing so. Stories like this keep me going.

Description: At the beginning of the summer, governments were so shaken by the exodus of teachers from the classroom that they were discussing raising our salaries or giving us bonuses. Parents were so adamantly against distance learning they demanding in-person classes with real, live human teachers. What a shock to the super elite education “experts” who had been pushing ways to eliminate teachers for decades and ignoring our consistent march out of the field under these conditions.

Fun Fact: The federal government is still discussing pay raises with a bill to increase the minimum salary nationwide. Will this lead to any action? Who knows? It’s actually surprising that legislators even recognize the issue exists.

Description: Charter schools are inequitable because they have charters. These are special agreements that they don’t have to follow all the rules other authentic public schools funded by tax dollars must follow. That’s unfair and it applies to EVERY charter school because every one has a charter. Hence, the name.

Description: Just a list of many things classroom teachers know about schools and education but that the general public often ignores. These are the kinds of things missing from the education debate because we rarely include teachers in the discussion about the field where they are the experts.

Fun Fact: For a few hours people were talking about this article far and wide. And then – boom – it got shut down with a bang. This one was so universal it should have been popular for weeks. But it just disappeared.

Description: Charter schools are colonial enterprises. They loot and pillage the local tax base but without having to be governed by school boards made up of community members – otherwise known as local taxpayers. They can be run by appointed boards often made up of people who do not come from the community in question. They are outsiders come merely for personal profit. These invaders are quite literally taking local, community resources and liquidating them for their own use – the maximization of personal profit. The public is removed from the decision-making process about how its own resources are utilized and/or spent.

Fun Fact: It’s an argument from consistency. If we’re against the colonial enterprise, we must be against charter schools, too. I’m particularly proud of the graphic (above) I created to go with this article.

Description: Dr. Mark Holtzman, the Superintendent from the district where I live, left under strange circumstances. He resigned and took a new contract in a matter of hours so he could get a raise from a lame duck school board without having to wait for the people the community elected to decide the matter to take office first. Then when it all came to light, he left the district for greener pastures.

Fun Fact: More than any other news source, I documented what happened in detail. Without a series of articles I wrote on this, most people would have had very little idea what happened. It would have just been rumors. This is why we need local journalism. It shouldn’t be left to bloggers like me.

Description: This was social media’s latest crackdown on edu-bloggers and other truth tellers. I used to get 1,000 readers a week. Now I’m lucky to get a few hundred. There’s a strict algorithm that determines what people get to see on their Facebook pages. And if it says you’re invisible, then POOF! You’re gone and the people who would most enjoy your writing and want to pass it on don’t get the chance. It’s undemocratic in the extreme but totally legal because Facebook is a for-profit company, not a public service. Money wins over free exchange of ideas.

Fun Fact: There used to be so many other education bloggers like me out there. Now there are just a handful. This is why.

Fun Fact: Pundits still talk about standardized testing as if it were innovative. It’s not. It’s the status quo. Time to end this failed experiment.

Description: Let’s examine some charter school propaganda – one piece at a time – and see if there’s any truth to these marketing claims. Charter schools are actually not public schools in the same way as other taxpayer funded schools. They do not save money – they waste it. Their students do not outperform authentic public school students. They are not innovative – they are regressive. They do not protect children’s civil rights – they violate them.

Fun Fact: I designed the title and picture to trick readers into thinking this was a pro-charter school article. So many people were butt hurt when they read it! I just hope it helped clarify the matter to those who were undecided.

Description: The Measures of Academic Progress (MAP) test is an assessment made by Northwest Evaluation Association (NWEA), a so-called non-profit organization out of Portland, Oregon. Some states require the MAP as part of their standardized testing machinery. However, in my home state of Pennsylvania, the MAP is used as a pre-test or practice assessment by districts that elect to pay for it. What a waste! Why do we need a test BEFORE the test? The assessment’s job is to show how our students are doing in Reading, Math and Science compared with an average test taker. How does that help? I don’t teach average test takers. I teach human beings. Students learn at their own rates – sometimes faster, sometimes slower. We don’t quicken the timescale with needless comparisons.

Fun Fact: I think this article was as popular as it was because people could relate. So many teachers told me how relieved they were to hear someone else expressing all the frustrations they were experiencing in their own districts with the MAP and other tests like it. If administrators and school boards would just listen to teachers! If they’d even bother asking them!

Description: When it comes to dumb ideas that just won’t go away, there is a special place in the underworld for the demand that teachers post their learning objectives prominently in the classroom. It presupposes that teachers control everything their students learn in the classroom and can offer it to them on a silver platter. It’s not just a useless waste of time but a dangerous misunderstanding of what actually happens in the learning process.

Fun Fact: This isn’t exactly news, but teachers were relieved to hear their truth finally given voice. So many of us still have to abide by this nonsense when we could be doing something that actually makes a difference. It’s nice to have your sanity and frustration confirmed. If only administrators could admit they were wrong and stop demanding this crap!

This wasn’t the first year I’ve done a countdown of the year’s greatest hits. I usually write one counting down my most popular articles and one listing articles that I thought deserved a second look. Here are all my end of the year articles since I began my blog in 2014: 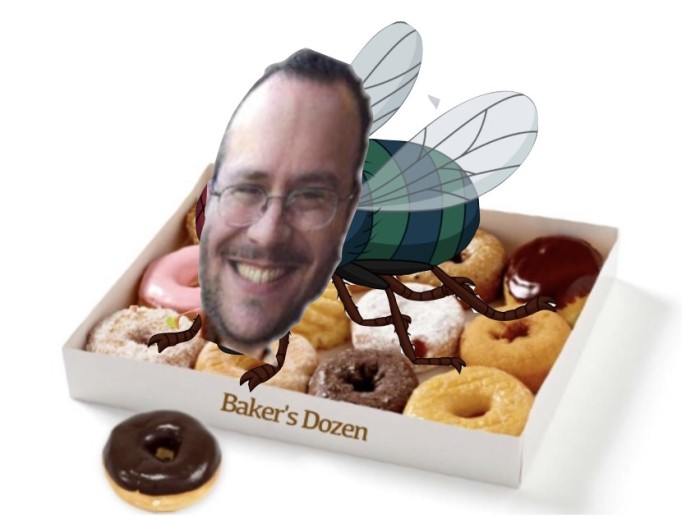 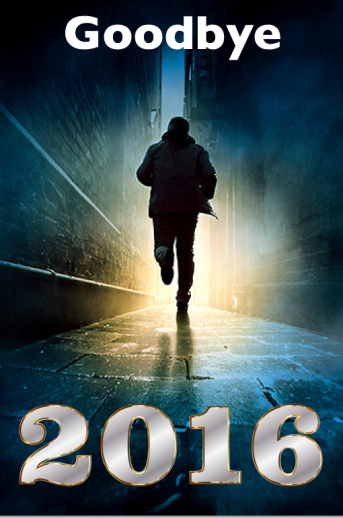 Like this post?  You might want to consider becoming a Patreon subscriber. This helps me continue to keep the blog going and get on with this difficult and challenging work.

Plus you get subscriber only extras!

I’ve also written a book, “Gadfly on the Wall: A Public School Teacher Speaks Out on Racism and Reform,” now available from Garn Press. Ten percent of the proceeds go to the Badass Teachers Association. Check it out!

Is a foldable iPhone a good idea? App developers have their say on the features and failings of a flexible display

A Private Equity Firm, The Makers of the MAP Test, and an Ed Tech Publisher Join…

Fact Checking Propel Charter Schools – Do They Live Up to Their Own Hype?

Reading for Pleasure – One of The Most Important Lessons in School

No, Public School Teachers are Not Turning Their Students into Communists