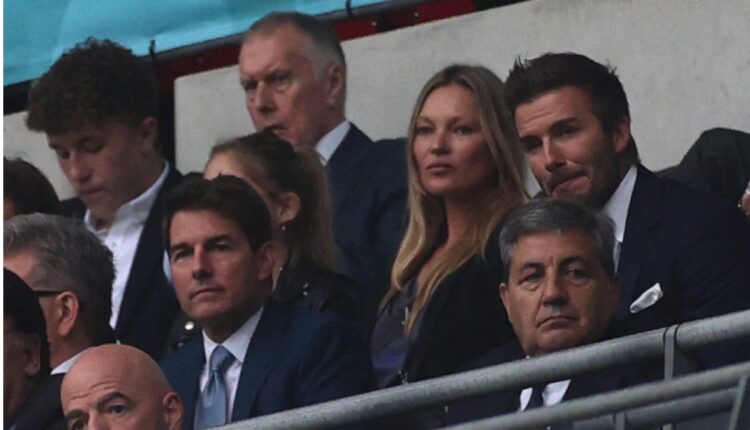 Tom Cruise allegedly built a soccer pitch to “woo” David Beckham for the Church of Scientology.

The ‘Mission: Impossible’ actor was reportedly keen to introduce famous faces to the faith, with the sportsman and his fashion designer wife Victoria Beckham at the top of his list, so it was agreed to have a “professional-grade” pitch constructed at the Gold Base headquarters in California in order for the Hollywood star to have a reason to bring the former England player to visit the site with him.

Mike Rinder – a former high-ranking officer in the church – wrote in his new book ‘A Billion Years: My Escape From a Life in the Highest Ranks of Scientology’: [Tom] was doing his best to court celebrities other than those with whom he was working on films. Perhaps the most famous were David and Victoria Beckham.

“A professional-grade soccer pitch was constructed on the property at Gold.

“The ground was levelled, irrigation installed, perfect turf, goals raised. A full-time caretaker was appointed from the Gold staff … It was built for one purpose only: so Tom Cruise could woo his friend David to come to Gold. It never happened.”

The writer also claimed the church helped the ‘Top Gun’ star with his love life, with a lot of funding going towards renovating a building in Spain while Tom was dating Penelope Cruz – only for them to break up before it opened.

He wrote: “Tom had been dating Spanish actress Penélope Cruz, which was a contributing factor as to why so much money was spent to buy and renovate the beautiful building there. So it’s a bit ironic that by the time it was completed Penélope had broken up with him.”

At the ceremony, Tom is said to have complained about his personal life, prompting church head David Miscavage to take his comments “to heart” and set up “auditions” to find him a partner.

The 60-year-old actor then embarked on a brief relationship with actress and fellow Scientologist Nazanin Boniadi, before settling down with Katie Holmes, who went on to file for divorce in 2012 after six years of marriage.

Mike worked as Scientology’s international spokesperson and head of its Office of Special Affairs but left the organisation in 2007 when he was 52, prompting his wife Cathy to divorce him and their two children to “disconnect” from him. He is also no longer in contact with his siblings and their families, while his mother – who introduced him to the faith when he was five years old – also “disconnected” from him and he wasn’t told when she passed away in 2013.

The whistleblower claims to have been followed, hacked and spied on since leaving the church but he has no intention of stopping speaking out.

He said: “I always respond truthfully. I brought two children into that world and they know no better. I want them to have a chance to think for themselves and make up their own minds.”

A spokesperson for the church slammed the author, branding him an “inveterate liar” who has been “harassing” the organisation.

The representative told the New York Post newspaper’s Page Six column: “Mike Rinder is an inveterate liar who seeks to profit from his dishonesty. He supports himself by orchestrating the harassment of his former Church and its leader through false police reports, incendiary propaganda and fraudulent media stories.”