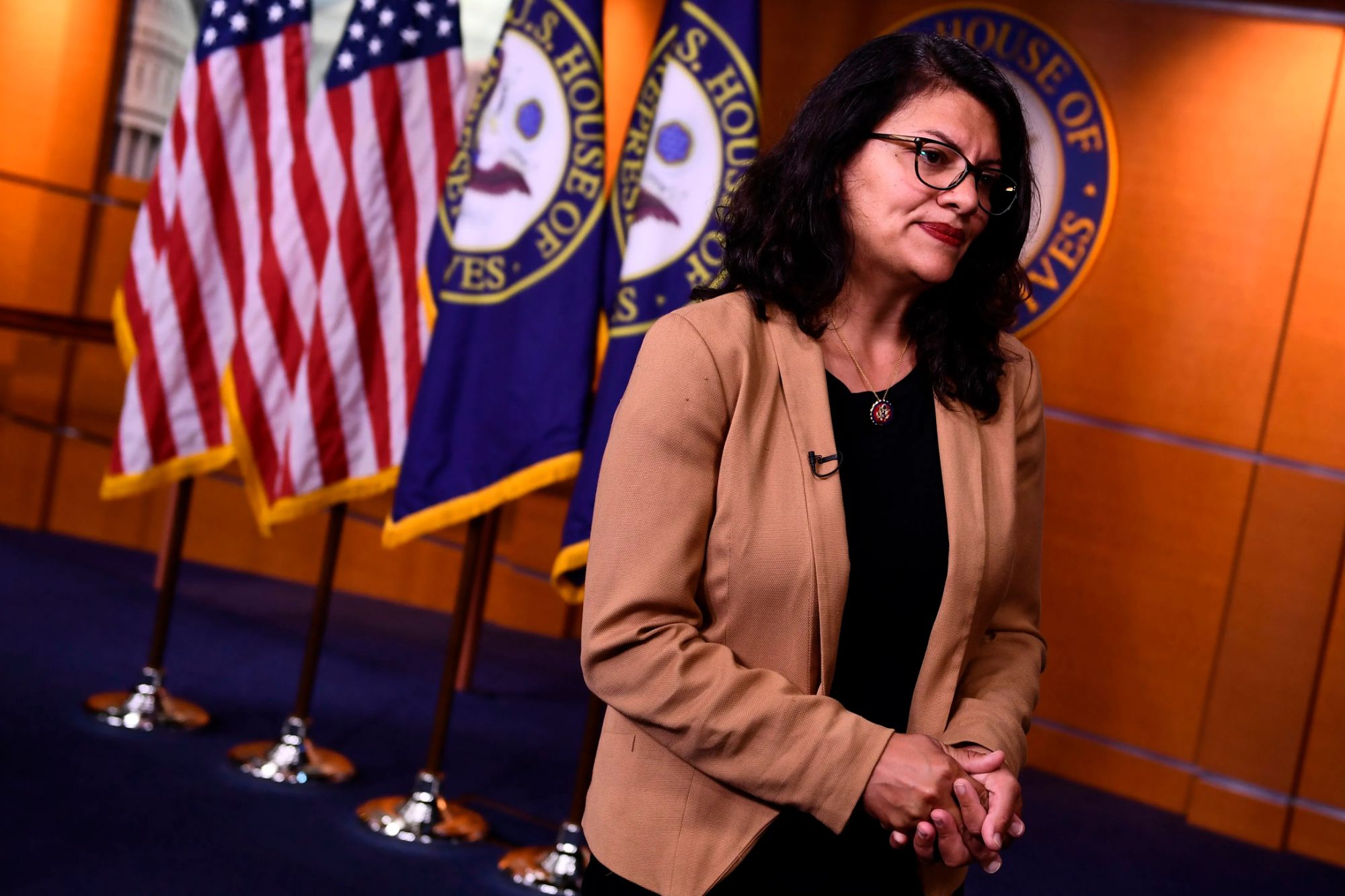 Rep. Rashida Tlaib’s latest anti-Israel slur highlights yet again just how far Democrats have strayed. Once upon a time, they wouldn’t have tolerated such outrageous attacks on the Jewish state. Today, Tlaib is just one of several Dems who repeatedly lie about Israel and push for its demise.

“You cannot claim to hold progressives values yet back Israel’s apartheid government,” Tlaib said Tuesday. Yet the suggestion that Jerusalem is under an “apartheid government” is beyond outrageous: Israel welcomes people of all faiths and backgrounds.

Arab Israelis serve in the Knesset and government. Palestinians live for the most part under their own government, though Israel takes measures to prevent them from attacking.

Then again, Tlaib might be right that you can’t count yourself among “progressives” today unless you oppose Israel. Progressive Dems who hate the Jewish state (and Jews?) now include Reps. Alexandria Ocasio-Cortez (NY),  Ilhan Omar (Minn.), Cori Bush (Mo.), Jamaal Bowman (NY), Marie Newman (Ill.) and Betty McCollum (Minn.) — all of whom, for instance, backed a Tlaib resolution to describe Israel’s founding as a “Nakba,” the Arabic term for “catastrophe.” Some even sought to prevent Israel from protecting innocent Israeli civilians from rocket attacks with the Iron Dome anti-missile system.

Yes, some Democrats, like Reps. Jerrold Nadler (NY) and Debbie Wasserman Schultz (Fla.), did criticize Tlaib’s disgusting slander. But their leaders — President Joe Biden and Speaker Nancy Pelosi, most notably — have been far too quiet. In the past, Pelosi and even Senate Majority Leader Chuck Schumer (who claims to be Israel’s top protector in Congress) have even stood up for Tlaib.

Tlaib lives in fantasy-land on more than just Israel. On Wednesday, she called for JPMorgan clients to close their accounts because the bank won’t stop funding oil and gas production. “That would be the road to hell for America,” JPMorgan boss Jamie Dimon rightly noted. The economy would collapse; the poor would freeze to death. But hey, that’s the price of the Green New Deal — right, Congresswoman?

Time was when Democrats wouldn’t stand for lunacy — on Israel, oil production or anything else. Alas, now it’s becoming the party’s norm.

Letting both sides declare ‘victory’ in Ukraine may be best solution