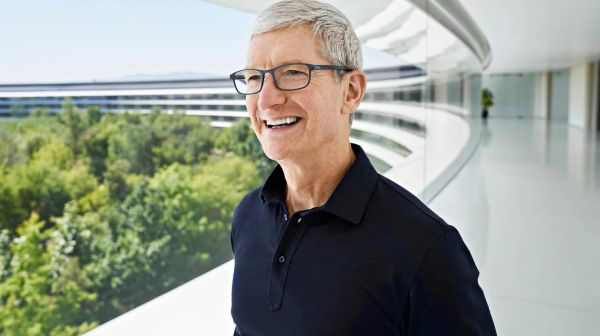 Tim Cook still thinks Apple’s greatest contribution will be in the area of health.

The Apple CEO has been saying it for years, and in a new interview with Popular Mechanics, Cook is not backing down from that idea. He talked about how, over time, the Apple Watch has continued to become what the company like to call a “guardian of your health.”

“We started with wellness. And then the three rings on the Apple Watch…And then we put a heart rate monitor on there, and through time, we got more advanced. When we put A-fib determination on there, that went up to another level of notifications. And then we put EKG on there. I think that when we look back one day and ask, what’s been Apple’s greatest contribution, it will be in health.”

In addition to talking about the Apple Watch and health, Cook also talked about the smash hit that the M-Series chips have been for the company, saying that the Mac ” is now a totally different product than it was before.”

“We found ourselves with a similar issue for laptops: How do you put something in there that is the most powerful computer chip in the world? Out of that was born M1, and now we’ve taken it further with M2. And Mac is now a totally different product than it was before.”

Cook also touched on Steve Jobs, saying that, just like Jobs was when he was alive, he would look at many of the things that Apple does now and want to do better.

“I think about him a lot. I miss him dearly. He would always stop by my office on his way out. And there’s never been a replacement for that. We would exchange tidbits on the day and talk about the future. And we try to carry on the mission that he set in place, to build the best products in the world that enrich people’s lives. And that hasn’t changed. Lots of things change with time. But the reason for our being is the same. I think he would find things that he loved and things that he would say, “We can do better on that.” I think he would do both. As we all do. We are never really satisfied. We’re always working on tomorrow.”

Cook will take the stage at Apple Park on September 7 for a special event Apple is calling “Far Out.” The company is rumored to reveal the iPhone 14, Apple Watch Series 8, Apple Watch SE 2, Apple Watch Pro, and AirPods Pro 2 at the event.

We’re already less than two weeks away, so we’ll all find out what Apple has in store for us soon enough!

Free AirPods: Here’s where you can get them in Apple’s Back to School…