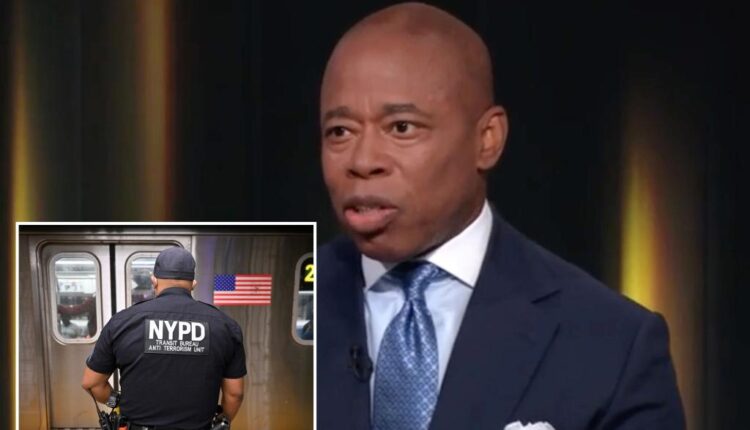 What a relief to see Mayor Eric Adams back on track when it comes to subway crime, speaking hard truths. “When you do an analysis of the subway crimes we are seeing, you are seeing it is driven by people with mental health issues,” he said at a Brooklyn press conference late Thursday.

Absolutely right, and he even hit the point home by flagging the “ninja” attack underground early that day, as well as the fatal shoving of Michelle Go in January.

More, he vowed to follow up within days with announcements of new efforts to address untreated mental illness and homelessness in the subways.

We hope he’s been reading Stephen Eide’s pieces in The Post on this issue: The city needs to add psychiatric hospital beds (many lost under Gov. Andrew Cuomo’s “leadership”), focus resources and make more aggressive use of Kendra’s Law, which allows for courts to mandate treatment. (And push the state to expand that law.)

Notably, he’s also clarifying what he means by “perception,” which earlier in the week came off as denial of the real issue. Friday morning on CNBC, he noted, “If you’re watching someone that’s dealing with mental health illness, that is loud and disruptive on your subway system, you feel the anxiety” — which is certainly true and relevant, especially since he quickly followed up by talking about “a thousand new cops” in the subways and “going after those violent individuals.”

Better yet, he later talked of “a large number of some of the violent acts that are happening because of those small number of people with mental health issues.”

In short, he’s now avoiding any suggestion that his anti-gun efforts (which we support!) will solve the chief driver of subway crime, let alone any claim that subway crime is a minor concern that’s overhyped by the press. Everyone gets their words crossed sometimes; the key is to set the record straight rather than digging in when criticized. It’s a great relief to hear this mayor correcting course rapidly, yet another way he’s a huge improvement over the last guy.