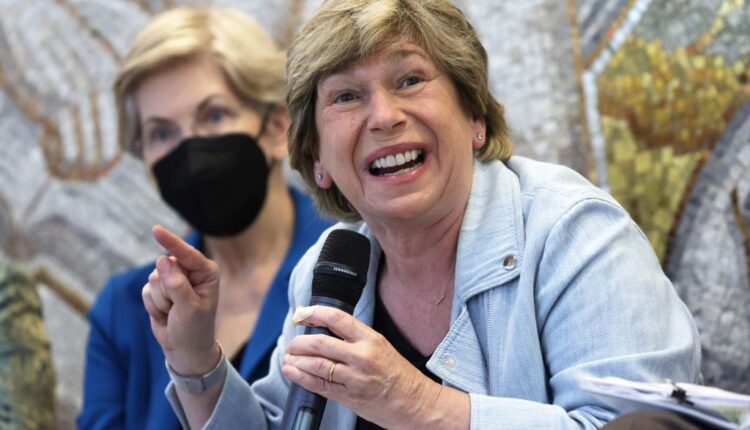 As the pandemic moves further into our rearview mirror, there are some voices that want everyone to simply move on.

We will. But not quite yet.

Election Day Tuesday is the first real opportunity to hold accountable all the people who caused so much damage to everyone, all across society — but to children in particular.

Writing in The Atlantic, Emily Oster called for “pandemic amnesty,” arguing, “Reasonable people — people who cared about children and teachers — advocated on both sides of the reopening debate.”

This is simply not true. Those opposed to reopening schools were neither reasonable, as no amount of actual evidence could persuade them that schools were largely safe, nor caring about children.

At the top of the list of people deserving blame for the academic destruction we’re now uncovering is president of the American Federation of Teachers, Randi Weingarten. She treated our public schools as her personal fiefdom, and Democrats let her get away with it.

That last part is so important. Anti-child special-interest groups couldn’t have hurt kids the way the teachers unions did without the support of Democratic elected officials. They kept schools closed, and we will be feeling the repercussions of that for years. These politicians chose Weingarten over the children, and there’s no guarantee whatsoever they won’t do it again.

There were real villains of the pandemic, and none of those villains has apologized or repented in any way. So Oster’s “amnesty” for those who were so wrong for years is just not possible.

What is possible is electoral punishment. Every Democrat who listened to Weingarten as if she were some kind of authority and not just a thug using a calamity to collect riches for her members should be held responsible Tuesday. Every politician who urged lockdowns past spring 2020, when we knew their pointlessness and damage, has to be voted out.

Every elected official who forced masks on children while pooh-poohing the scarring it would invariably cause has to go. As late as last month, New York City children who hadn’t gotten the COVID vaccine could not participate in sports. Anyone who supported this barbaric targeting of kids must be held liable.

Oster’s piece served as a very timely reminder of what happened to our children. It brought up all the feelings of rage over the damage done to our kids. Forgive without anyone taking responsibility or apologizing? No.

On Election Day, parents should carry into the voting booth the anger they’ve felt for the last two years and take it out on the people responsible. Every Democratic governor who either kept schools closed or pretended it was out of their sphere of influence (a lie) has to go.

But it doesn’t end Tuesday. As every parent knows, punishment doesn’t work without accountability. If Republicans do manage to win the House and the Senate, they must hold hearings. The National Assessment of Educational Progress showed reading and math scores plummeted. We can’t just move on to other topics while our kids stay struggling like this.

Anthony Fauci, the president’s chief medical adviser, said in February 2021 that schools couldn’t open unless President Joe Biden’s spending plan passed. Centers for Disease Control and Prevention Director Rochelle Walensky — on the White House’s orders — allowed Weingarten to craft school-opening policies. All this has to be investigated and put on the record so that we never listen to any of these people ever again and take steps to keep them from power.

It starts with voting out every Democrat from top to bottom. Do it for the kids.

There Is No Metaverse Without Web3, Said Animoca Brands CEO