The Week in Drag – Canada vs the World cast reveal and more! – Socialite Life 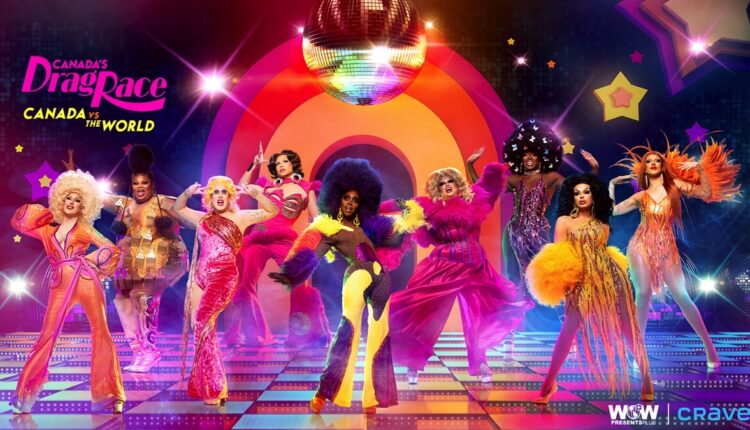 Hello, hello, hello! We are back with more news and updates from the RuPaul’s Drag Race universe! We have yet another new season of charisma, uniqueness, nerve and talent coming your way as the queens of the Great White North compete once again on the global stage with some of your Drag Race faves and we say buongiorno to the queens of Drag Race Italia. We also have more dish from our international faves in a new series hosted by Drag Race royalty, a seasonal treat from the quirky Tammie Brown and some costume ideas from Trixie and Jaymes. There’s lots to get to, so let’s bring it to the runway!

Canada’s Drag Race: Canada Vs. The World makes its debut Friday, November 18 at 9pm ET / 6pm PT on WOW Presents Plus in the US and select territories, day-and-date with its Crave airing in Canada. Nine of your favorite queens from the international Drag Race family are competing to take home the crown. The competition is fierce…so, meet the queen-testants: Anita Wigl’it, Icesis Couture, Kendall Gender, Ra’Jah O’Hara, Rita Baga, Silky Nutmeg Ganache, Stephanie Prince, Vanity Milan, and Victoria Scone.

Resident ‘Canada’s Drag Race” judges Brooke Lynn Hytes, Brad Goreski, and Traci Melchor bring their judging expertise to Canada’s Drag Race: Canada Vs. The World, and are joined by guest judges and special guests which are soon to be announced.

If you couldn’t make it to RuPaul’s DragCon, you can experience a little bit of the fabulousness of the panels in a new series that debuted on WOW Presents Plus this week. Bring Back My Girls, hosted by TV personality and Drag Race stan Ts Madison, fearlessly puts some of your favorite queens through their paces asking questions even RuPaul wouldn’t dare to ask, in the ultimate reunion show.

Bring Back My Girls is now airing exclusively on the streamer of all things drag, WOW Presents Plus, with subsequent installments of the 7-episode series airing Tuesdays at 11am PST / 2pm EST.

If you like a little kooky with your spooky, don’t miss Tammie Brown’s Halloween Spooktacular, now streaming on OUTtv.com and on AppleTV+ via the OUTtv Channel. Tammie and her Meet the Browns co-star Kelly Mantle are here to bring the treats, including two new Tammie tunes, hilarious sketches, and a myriad of dynamic guests including Sonique Love, April Carrión, Fena Barbitall, Todd Glass, and the Sugarbaker Twins.

If you’re still unsure about your Halloween costume this year, let the queens inspire you. Watch as Trixie Mattel transforms into Dr. Manhattan from Watchmen using the magic of makeup.

While the theme of this week’s episode of “UNHhhh” is “language”, Trixie and Katya cover a wide range of topics, including body language and

While the topic of this week’s episode of “UNHhhh” is “language”, Katya and Trixie manage to hilariously discuss a wide range of topics (as usual), including body language and foreign dialects.

The queens from across the pond brought their finest hairography to the runway last week – and Raja and Raven toot and boot the looks on “Fashion Photo Ruview.”

Since I haven’t gotten to interview them…YET…watch Violet Chachki and Gottmik put each other in the hot seat on the latest “No Gorge.”

Jinkx Monsoon and Liam Krug (awkwardly) interview YouTube sensation Brittany Broski on “I See You and I Hear You” from their she-larious WOW Presents Plus series Sketchy Queens.

That’s a wrap for this week! Join us again for more from the dolls next week. Until then, stay healthy, stay safe and say LOVE!