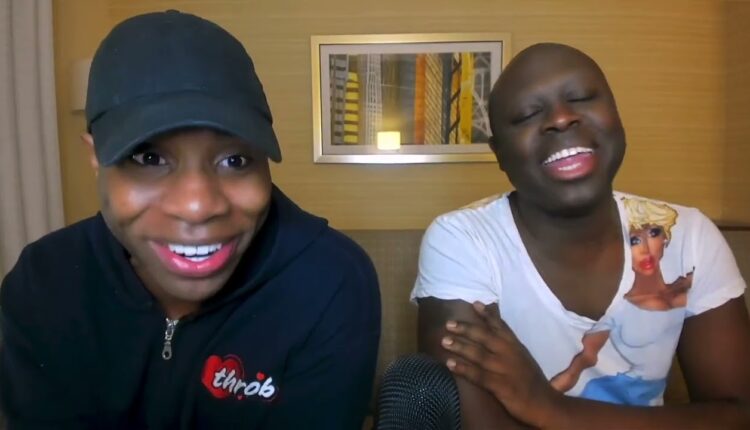 Hello, hello, hello! Welcome to the latest news, updates and laughs from the entertaining queens of the Drag Race universe.

This week, we get the last word on the latest seasons of Drag Race Down Under and Canada’s Drag Race as two fierce new queens have been inducted into the Drag Hall of Fame. In addition, we’ve got fashion critiques of queens past and present from Ongina, Rock M Sakura and Yuhua Hamasaki and a wig makeover from Jaymes Mansfield perfect for some Halloween cosplay.

Need a laugh? We’ve got you covered with a she-larious new series from a drag legend and comic kikis with Bob, Monét, Trixie and Katya. Get ready for all of the charisma, uniqueness, nerve and talent you can handle and let’s bring it to the runway!

Canada’s Drag Race has crowned its season three champion and, throughout the season, all of the queen-test ants served up some winning and not-so-winning looks on the runway. Laganja Estranga and Yuhua Hamasaki discuss the best and worst looks on “Bootleg Opinions.”

Drag Race Down Under also crowned a queen (and, as much as I was hoping for a two-way victory for Kween Kong and Spankie Jackson, I am glad that the latter took the crown.) Our latest batch of “Binge Queens” – Kita Mean, Angeria Paris VanMicheals, Jasmine Kennedie and June Jambalaya – talk about the show’s exciting finale and fashions. Check out this sneak peek and to see the full episode, subscribe to WOW Presents Plus.

If you want to get a Down Under finale reaction from a true expert in the field, check out Art Simone and Jemima Handful discussing the finale of season two of Drag Race Down Under on “Kick Ons.”

Checking in with yet another international franchise, on last week’s episode of Drag Race Philippines, the queens strutted the runway in (literal) revealing fashions. Ongina and Rock M Sakura toot and boot the 2-in-1 Ru-velations looks on the latest “Fashion Photo Review.”

Trixie Mattel, who knows a thing or two about makeup, showcases some of the new products she’s received as PR (How can I get on these lists? I wear almost as much makeup as Trixie does – at least that’s what my boyfriend thinks). See the latest products from Colourpop, Bliss, about-face and more (including my beloved Haus Labs).

Can you believe there’s someone who hasn’t seen Mean Girls? Can you believe it’s Katya? Trixie rewatches the film and helps Katya pop her MG cherry in a very hilarious installment of “I Like to Watch.”

Have no fear, Trixie and Katya fans, we’ve got more chuckles from this hilarious pair as they talk about their fears on the latest episode of “UNHhhh.”

Bob and Monét are on the road on their Sibling Rivalry tour and if you haven’t yet, get your tickets! As they told us, there’s lots of fun, music and surprises in store), but they’re still delivering the funny on their podcast of the same name. On this episode, the wide range of topics includes tour life, Lil Was X and cannibalism (?)

Drag icon Jackie Beat has finally landed her own tv series with Dr. Jackie: Unlicensed Psychotherapist. The 6-part series premiered on OUTtv on September 19 with new episodes airing each week through October 24.

As Jackie says, “It’s such a great feeling to not only entertain people, but be able to help them, too. It’s a real win-win. I’m very proud of the fact that I am able to make mental health just a little more glamorous and fun!  And if anyone wants to cancel me for “mocking” psychotherapy, please do it! I haven’t been on THAT reality television show so I need all the publicity I can get!”

Catch new episodes of Dr. Jackie: Unlicensed Psychotherapist on OUTtv on The Roku Channel and on the Apple TV Channel in the US/Canada and stay tuned for our interview with Jackie coming soon!

I admittedly know nothing about anime, but I love a good Jaymes Mansfield wig makeover. Here, she creates a tribute to Chibi Moon (from the Sailor Moon series.)

Rock M Sakura and Crystal Methyd gear up for their Australian tour (with Heidi N Closet) and give the divisive Aussie staple Vegemite a try.

And that wraps it up for this week. Until we meet again for more fabulousness and eleganza, stay healthy, stay safe and say LOVE!

Bills of Lading | The Last Word