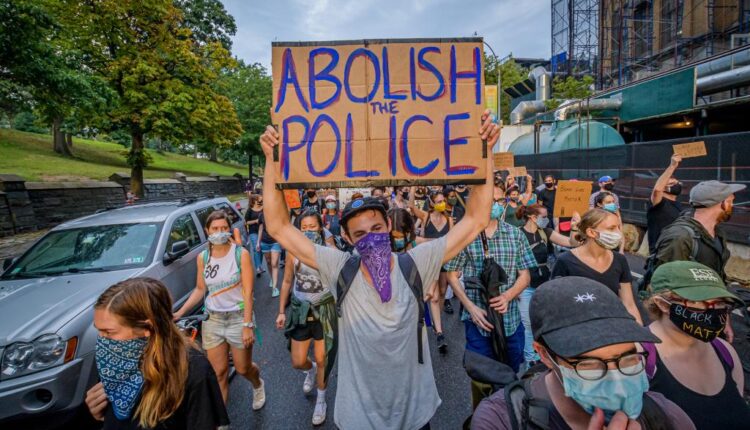 Even as urban crime spiked to staggering degrees following the death of George Floyd in 2020, many Democrats supported “defunding the police.”

From Portland to Seattle, Austin to Philadelphia, Democrat-run city councils in major cities slashed police budgets. And while some have since backpedaled as violent crime kept soaring, these policies have already wreaked havoc.

So, who exactly are the Democrats who recklessly endorsed the defund movement?

The answer, according to a report I recently published for the Manhattan Institute, is who you probably suspect — but perhaps not for the reasons you think. My analysis found that white and Asian Democrats are the strongest supporters of cutting government spending on law enforcement, shrinking the number of beat cops, and reallocating money to “social services.” Meanwhile, black and Hispanic Democrats are the weakest supporters of these policies.

For many, this comes as no surprise. After all, whites and Asians are the two most affluent demographic cohorts among Democrats. And, crucially, they are less likely than black and Hispanic Democrats to reside in high-crime areas. Support for depolicing is easier for those living in safer, richer neighborhoods where they are better able to afford (or avoid) the consequences.

However, when socioeconomics are removed from the equation, my research found that Asian Democrats are no more likely to support these policies than their black and Hispanic counterparts.

White Democrats, on the other hand, remain committed to the cause whatever their level of wealth. And while support for depolicing substantially declines among non-white Democrats in areas with higher crime, support among white Democrats either holds steady or, remarkably, increases in these locales. This remains the case whether they are living in white neighborhoods, or diverse ones.

So, if higher socioeconomic status and greater insulation from violent crime do not entirely explain the white vs. non-white “wokeness gap,” what does?

The answer, I contend, is that group-based feelings of guilt and shame over perceived white privilege and racial inequity tend to prevail over worries about risk. Particularly in the aftermath of high-profile racialized police incidents (such as Floyd’s death), white Democrats — who score high on measures of collective shame and guilt — become fixated on distinguishing themselves as “good white people,” who are doing something (however counterproductive) to protect minorities from the “racist” institutions that “victimize” them. The downside of depolicing either doesn’t register, is rationalized, or dismissed altogether.

Non-white Democrats, in contrast, do not confront the same moral cross-pressures, as they don’t have collective sins and “privileges” to atone for. With nothing to “prove,” their policy positions are much less subject to ideological constraints. As the risks of depolicing increase, especially in high-crime areas, they’re free to abandon their support for the movement. And they do.

Of course, none of this changes the actual consequences of depolicing, which disproportionately affect poorer classes. But these findings should at least give pause to those who dismiss white depolicers as “limousine” liberals supporting “virtuous” policies without having to live under them.

The reality might be even more disturbing: Gripped by “white savior” ideology, they may actually be willing to endure the consequences for what they falsely perceive will bring about equity and justice. If only they wouldn’t impose this tradeoff on the rest of us.

Zach Goldberg is a Paulson Policy Analyst at the Manhattan Institute who recently completed his PhD in political science from Georgia State University. His dissertation focused on the “Great Awokening” — closely examining the role that the media and collective moral emotions played in recent shifts in racial liberalism among white Americans.

Young fans outraged by ‘cheating stars’ are clueless to humanity