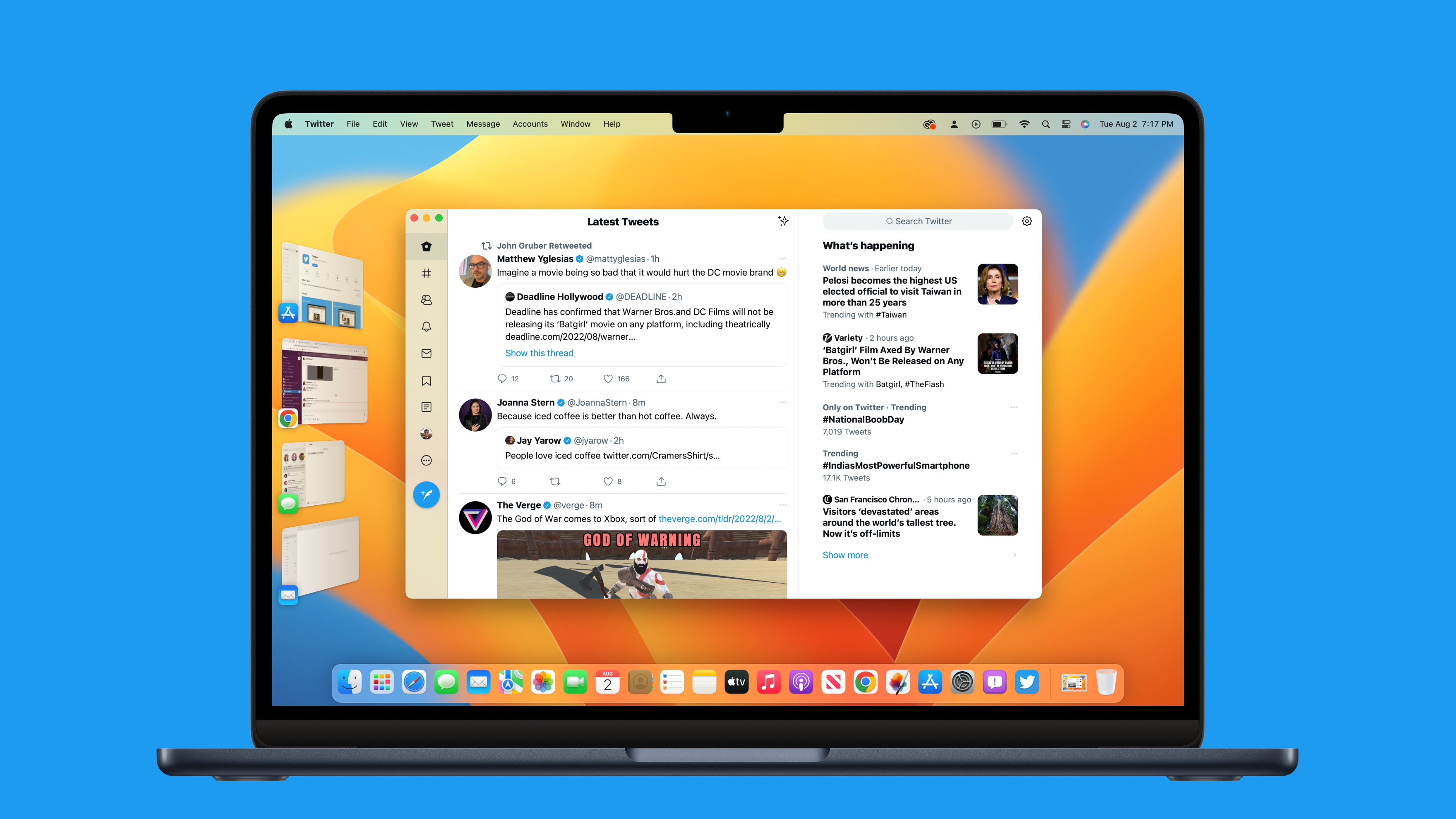 The Twitter for Mac app is crashing for some users.

According to multiple reports on Twitter, some users of the Twitter for Mac (opens in new tab) app are experiencing crashes when they attempt to start up the app on their Mac.

Mark Gurman, a prominent Apple reporter for Bloomberg known for his “Power On” newsletter, is one of the users affected by the issue:

The Twitter for Mac app started randomly crashing at launch for some users (including me). A re-install from the App Store worked, for those dealing with the issue.August 2, 2022

Unfortunately, restarting the app only seems to have solved the issue temporarily.

I personally tried playing around with the app to see if I could get it to crash, but it seems to be working so far for me. So, this does appear to be an issue impacting some but not all users.

Despite the issue being active for at least a couple of hours, none of Twitter’s accounts on the social network have recognized the problem and given any sense as to why it suddenly started happening.

We’ll continue to update this story as we learn more.

Check back. This story is developing.