The Royals favourite classic cars as seen in The Crown 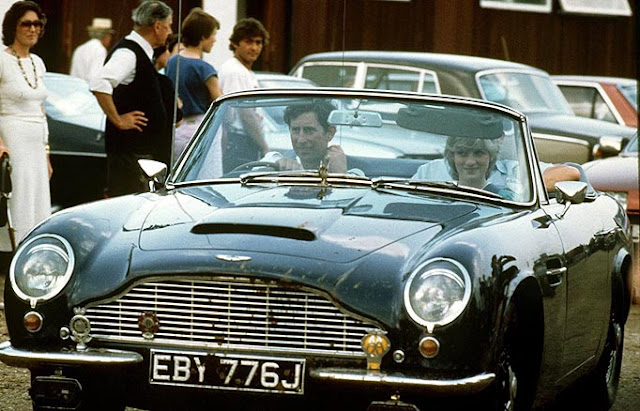 Paddington, corgis, and that James Bond Skit. These are just three of the many of things that make us think of the royal family.

Another is the hit Netflix series The Crown, and with a new season coming out on November 9th, Google searches for the show have increased by 128% in the past week alone.

The show is praised for its accuracy, and while it may not feature a certain fictional spy or marmalade sandwiches, it does heavily feature the royal family’s beloved classic car collection. In celebration of this, Heritage Car Insurance have decided to look back at some of the royal family’s favourite classic cars as featured in the hit show:

Queen Elizabeth II was an enthusiastic motorist, and even in her 90s she continued to enjoy driving, often photographed behind the wheel. More often than not this was in a Land Rover, and The Crown has definitely paid tribute to that. The show frequently showcases the love the Queen had for driving, especially piloting herself (and occasional Prime Ministers) around Balmoral.

It is no secret that Land Rover is one of the favourite brands of the royal family. Land Rover’s royal connection dates back to 1948 when King George VI was presented with the 100th production Land Rover. The Land Rover Series 1 was designed by Maurice Wilks in 1948 and was influenced by the American Willys Jeep of WWII.

The Daimler DS420, also known as the Daimler Limousine, was made by The Daimler Company Limited between 1968 and 1992. Many countries used it as an official state car, and the DS420 limousine has been delivered to more reigning monarchs than any other model, and the royal family is no exception. Interestingly, the 1992 Daimler DS420 Limousine was originally supplied to Her Majesty the Queen Mother, and it is one of the cars that we see her in most frequently on the show.

The Queen Mother was quite particular about her Daimlers; she had them in black over royal claret, a softer rear cushion than standard, and usually with her personal mascot, a lion, on the grille. She can be seen here visiting the Vanden Plas factory in London in 1970, inspecting the car being built for her.

In series 3, The Queen was driving an LWB Land Rover Series 3 station wagon during a hunting party on the Balmoral estate in Scotland.

In later years a good number of Defenders and Range Rovers have also featured in the former monarch’s lineup.

The Queen also owned two Rolls-Royce Phantom VIs, a Silver Jubilee Car and a more conventional 1986 model. Prior to the introduction of the two Bentley State Limousines in 2002, these were the official state cars. The show features a lot of different Rolls-Royce models, but the Phantom VI was the one the Queen used in real life.

In 1954, Prince Philip commissioned an Aston Martin Lagonda 3-liter Drophead Coupe as a sports car that he and the newly crowned Queen Elizabeth could drive around in.

There were only twenty of these vehicles made, and it is the only one that wasprivately owned by the Duke of Edinburgh. Over the course of seven years, Prince Philip used the convertible as his personal vehicle. We can see it in Series 2 of The Crown.

Prince Philip also once owned a classic MG sports car, which played a massive role in the courtship of the future Queen and Duke of Edinburgh, as we also see in the early episodes of the show.

In real life, he drove an MG TC when he was courting the then Princess Elizabeth, which he  traded in for the TD. Always an avowed MG fan, he also hosted several MG gatherings at Windsor Castle and Buckingham Palace, proving that you never forget your first love.

As seen throughout the show, the then Prince Charles (played by Josh O’Connor) drives his Aston Martin DB6 Volante, which is very similar to the one the actual prince bought in 1971.

King Charles still owns the car to this day, and he once famously said in an interview that it runs on wine and cheese. Yes, quite literally, he said it runs on surplus English white wine and whey from the cheese process! RS Williams Ltd converted the Prince’s DB6 into a cheese and wine machine by working with a Gloucestershire-based bioethanol company called Green Fuels.

During her time working in a nursery in London, Lady Diana Spencer drove a basic version of the Austin Mini Metro, which became one of the most photographed cars in history as paparazzi closely documented her life.

Prince Charles bought the vehicle for the then Lady Diana after he test-drove the vehicle out of the British Leyland factory in Longbridge. He took it on a 20-mile trip.

This was the personal car of Diana, Princess of Wales, and was built towards the end of Cabriolet production. Cabriolets are normally only available as two-seaters, but this one was specially fitted with two rear seats for Princes William and Harry. This car was used by the Princess between 1987 and 1991.

This car was delivered new to Princess Margaret. According to Princess Margaret’s instructions, the Silver Wraith II had been designed with particular details: finished in Cardinal Red under a black Everflex covered roof, inset with Standard Pennant and Royal Crest mountings and even a blue police light!

It is truly a bespoke interior, and for a lady who is often portrayed on the show as ostentatious, it’s rather modest. This exact version of her car cannot be seen on the show, but it is truly iconic and fit for royalty.

Mark Wilkinson, Managing Director at Heritage Car Insurance comments:  “The royal family’s choice of cars through the decades shows their support for British manufacturers and the heritage of British motoring.

From the style and glamour of Jaguar and Aston Martin, to the enduring practicality of Land Rover, the royals have embraced the best of British, with iconic results. As one of the most photographed families in the world, the cars are always there, fulfilling both style and function in historic moments – both in real life and on-screen depictions.”

What is a dual-purpose vehicle?