The real ‘tripledemic’, Biden’s classified Trump gift and other commentary 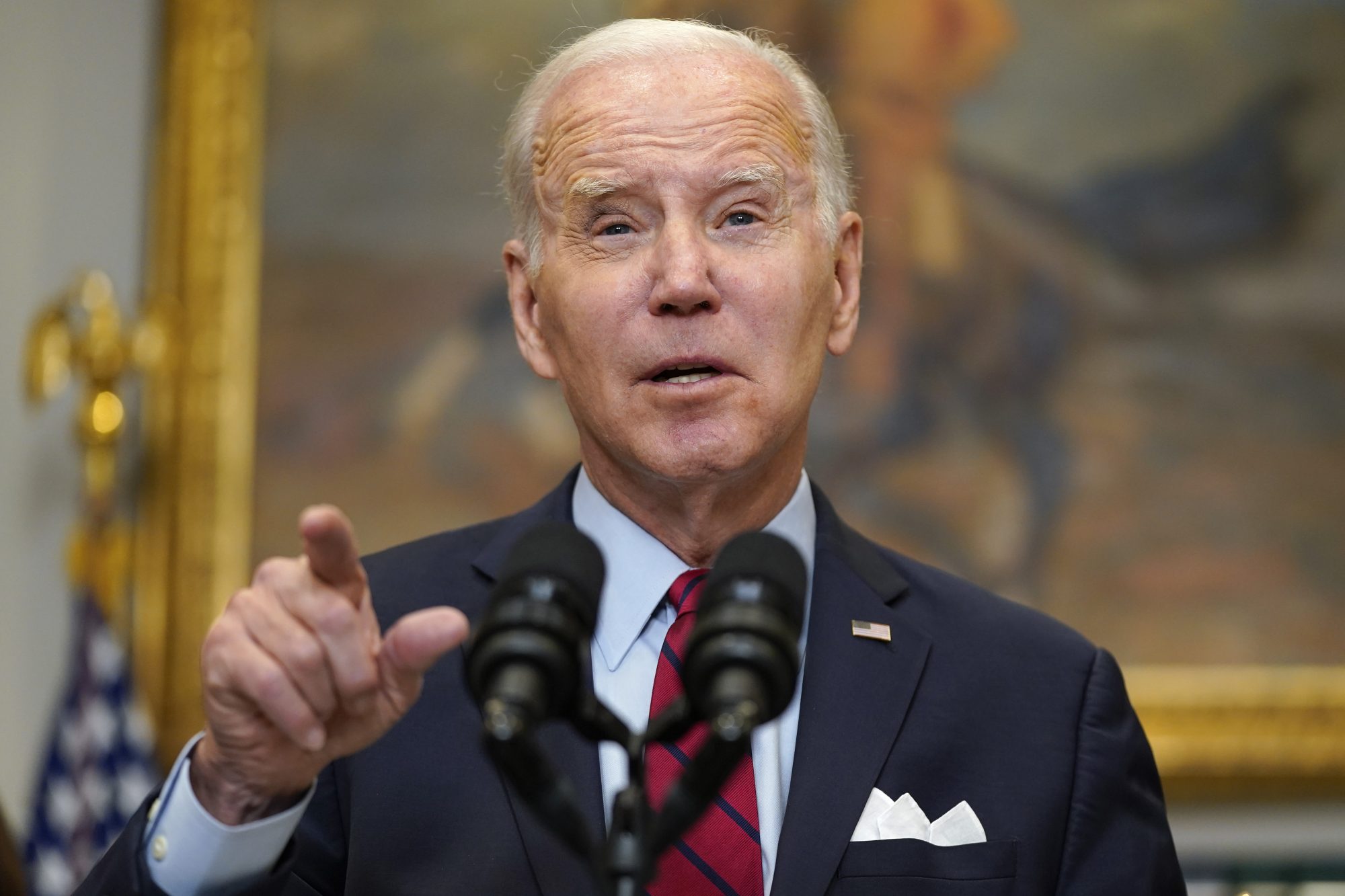 As flu, COVID and RSV numbers — the so-called “tripledemic” — tick up, the media say “it’s time to slap on those N95s once more, avoid crowds, and socialize outdoors,” notes Vinay Prasad at The Free Press. But “there is no avoiding respiratory viruses” — with “draconian measures” exposure “can be delayed, but can never be averted.” And “there is limited evidence” our flu season “is worse than typical years,” while the RSV issue is “more about the disappearance of pediatric services” in hospitals than uncontrollable disease. Also, “there is no evidence that the interventions purported to stop Covid-19, flu, and RSV will help.” “Three years into the pandemic, we face a crucial question: How do we want to live the rest of our lives?” “My answer is resounding: as normal.”

“The 2024 Republican primary seems to be shaping up as a battle between [former President Donald] Trump and the not-Trumps,” explains FiveThirtyEight’s Nathaniel Rakich. “When pollsters ask about a two-person race between [Ron] DeSantis and Trump, DeSantis is usually ahead,” averaging 48% to Trump’s 43%. “But in polls with more than two candidates in the field, Trump almost always leads.” If polls list “DeSantis, Trump and at least one other potential candidate, Trump has an average lead of 41 percent to 31 percent since the midterms.” So “if anti-Trump voters coalesce behind one alternative, it seems there are enough of them to defeat him. But if opposition to Trump is divided among multiple candidates, he could easily finish in first place with a simple plurality.”

President Biden has thrown Donald Trump “legal and political lifelines,” snarks the Washington Examiner’s Tom Rogan, with the discovery of “around 10 classified U.S. government documents in a Biden-linked think tank” Nov. 2. Despite “efforts to play down” any “Trump-Biden document similarities,” the fact remains: “If Trump’s mishandling of [Sensitive Compartmented Information] materials represented a threat to national security, well, so did Biden’s.” Notably, “the White House did not immediately disclose the discovery to the public” pre-midterms — though keeping silent would likely “significantly weaken the perceived apolitical credibility of any future decision by the Justice Department to charge Trump.” “Biden must have known this risk,” but “chose to avoid a midterm election complication.” Get ready for “Trump’s defense team” to “have a field day.”

“When President George H.W. Bush nominated Clarence Thomas to the U.S. Supreme Court in 1991,” says Reason’s Damon Root, “he described the justice-to-be as ‘a fiercely independent thinker with an excellent legal mind.’ ” Yet critics long “dismissed Thomas as an intellectual lightweight.” In fact, “Thomas has shaped the law by playing the long game”: For decades, he “repeatedly staked out lonely positions, often writing in dissent but sometimes penning a solo concurrence.” But “many of those ‘fringe’ positions ultimately become enshrined in law,” as younger generations of conservative legal scholars “have embraced many of Thomas’ opinions as their own.” So “if you want to understand both the current Supreme Court and where the Court might be headed, you need to understand the jurisprudence of Clarence Thomas.” To his detractors’ chagrin, “Thomas has made his mark on American law.”

Give Federal Reserve Chairman Jerome Powell “credit for realizing” that his job is to restore price stability, “not to inject political agendas into bank supervision,” hails The Wall Street Journal’s James Freeman. “We are not, and will not be, a ‘climate policy maker,’ ” Powell said of the Fed at a conference in Sweden. Freeman finds it sad that “these days a financial regulator accepting the lawful limits of his authority may almost seem like a novelty.” SEC head Gary Gensler, for example, “could use a civics lesson from Mr. Powell,” as he’s “been busy trying to appoint himself America’s climate enforcer.” “How often does a speech from a Beltway regulator leave you wanting more?”