The plunge in enrollment proves NYC schools are failing families 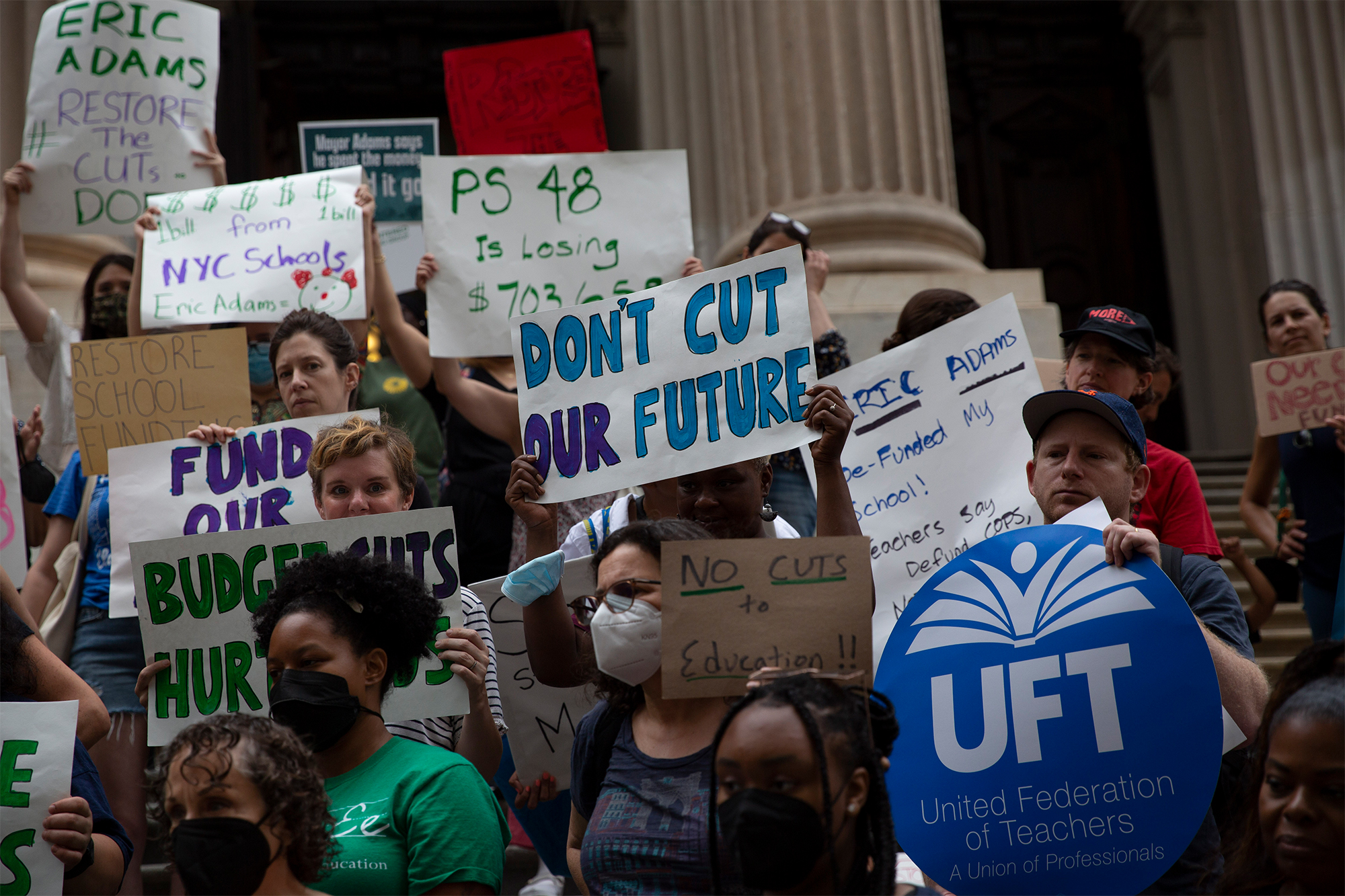 The union-backed push to bloat school funding keeps growing, even as enrollment figures show outlays should be cut. Yet the problem is far bigger than wasted dollars: New York families clearly see city schools failing to serve their needs and are abandoning them in droves.

As The Post’s Cayla Bamberger reported last week, Gotham’s regular public schools are now on track to lose another 30,000 kids by year’s end. That extends a decade-long trend that’s seen thousands fleeing every year, including a mind-blowing 120,000 kids these past five years alone.

Some of those people have returned now, and others may. But crime, high taxes, disgusting streets and, yes, lousy schools have plainly driven many away for good. Especially those who can keep working remotely from somewhere else.

Yet enrollment at public charter schools is up 9% since the pandemic’s start, per the New York Charter School Center; Catholic schools are booming, too. Which suggests that families are mainly fleeing not the city but the city-run, teachers-union-dominated schools.

For many, the pandemic was the last straw: Kids lost months of education thanks to closed schools and the joke of DOE remote “learning.” Parents also got a peek at curriculum that focused on things like social justice at the expense of reading, ’riting and ’rithmetic.

Yet the United Federation of Teachers, its stooges on the City Council and some parents are now griping about minuscule cuts to the budgets of schools whose enrollments have dropped precipitously and so need fewer teachers.

If the UFT doesn’t start supporting efforts to drastically improve DOE schools to keep enrollment up, it’s going to find its active membership imploding along with the rest of the system.