The outrageous, Democrat-friendly census errors you’ve heard nothing about 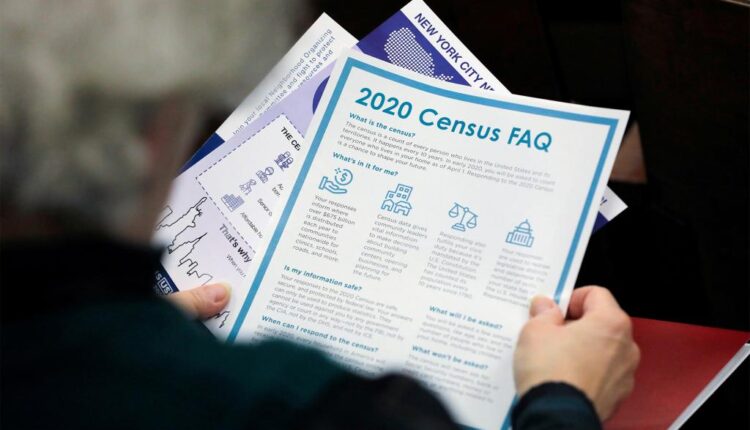 Not content with the US Supreme Court’s perverse ruling blocking the Trump administration from reinstating a plainly constitutional citizenship question in the 2020 census and the Census Bureau’s apparent insubordination under Donald Trump, House Democrats recently passed legislation making it still more difficult for a future administration to reinstate the citizenship question and further insulating the agency from accountability to any president.

While the Ensuring a Fair and Accurate Census Act will do nothing of the sort, it does represent an inadvertent admission of failure in the last census — one of mammoth proportions and with massive political implications that you likely have not heard about.

The fact that such a failure has garnered minimal coverage and therefore public attention, while manifesting itself in the corruption of our republican system, demonstrates the disingenuousness of our ruling regime’s otherwise-hysterical “democracy defenders.”

The failure lies in the census count itself, which according to the Census Bureau’s own research was grossly inaccurate and therefore grossly unfair to the American people.

While the bureau, in conducting its Post-Enumeration Survey, only found a relatively small net undercount in the total US population of 0.24% — or approximately 780,000 people — it also found major overcount/undercount errors when it comes to the 50 states.

And strikingly, it appears one party seems to have overwhelmingly benefited from the errors. You can probably guess which.

As the Heritage Foundation’s Hans von Spakovsky, a former Federal Election Commissioner, has highlighted, per its post-2020 census survey, the Census Bureau significantly undercounted the populations of, in descending order by percentage: Arkansas, Tennessee, Mississippi, Florida, Illinois and Texas. So of states with errant population counts to the downside, all but one — Illinois — were red states. Conversely, eight states were overcounted, all but one of which — Utah — were blue.

Of the Democrat-dominated states that received overcounts, among the largest overcount errors could be found in none other than President Joe Biden’s home state of Delaware, whose population was overcounted by an estimated 5.4%.

The bureau uncovered these errors by surveying a representative sample of households across the country with the same census questions to which they had responded in 2020 and comparing the two sets of answers.

These errors flow through our political system in hugely significant ways. For starters, congressional seats are apportioned based on the census count. That apportionment, of course, impacts the Electoral College and therefore presidential races. Numerous states also based their recent redistricting on census figures. And last but not least, some $1.5 trillion in federal funds annually are allocated to jurisdictions based on the census figures.

According to von Spakovsky, as a result of the errors, historically blue Minnesota should have lost a congressional seat. Light-blue Colorado was awarded a new congressional seat to which it was not entitled. The same goes for bright-blue Rhode Island.

Meanwhile, red states Texas and Florida should have gained one and two seats respectively but did not.

The legacy media have harped on reported undercounts of blacks and Latinos, and overcounts of whites and Asians, but have not focused on the glaring state-level errors.

Those errors should be unacceptable to all Americans, regardless of political persuasion. Beyond the fact it is simply embarrassing in the 21st century that the counts could be so inaccurate — regardless of whatever disruption COVID-19 may have had, which might have also been partially mitigated by the fact that more people were presumably home to be physically surveyed — our republican system definitionally requires representation to work.

Evidently, we do not have it — at least not of the fair and accurate kind.

Some states, and therefore the voters within them, have more power than others — to which they should not be entitled. And as von Spakovsky notes, there is no real legal remedy for it, even if there were some constituency that would even seek redress.

For the decade between the 2020 census and the next one, our system will have been compromised — period.

Yet our political class is totally silent, save for two dozen cities and counties that have challenged the 2020 figures — largely in pursuit of greater federal funding. The silence is deafening, particularly among those who frequently claim democracy and our elections are under threat.

That there are no demands for answers about why the census count was so inaccurate and what will be done to ensure such errors are never made again demonstrates how hollow such concerns about “democracy” actually are.

Finally, this episode also illustrates the folly in removing administrative-state entities like the Census Bureau still further from accountability to the voters by way of their representatives, up to and including the president.

Ben Weingarten is a senior fellow at the London Center for Policy Research, fellow at the Claremont Institute and senior contributor to The Federalist. From Newsweek.

Our review of wonderful Petrolheadonism Live 2022