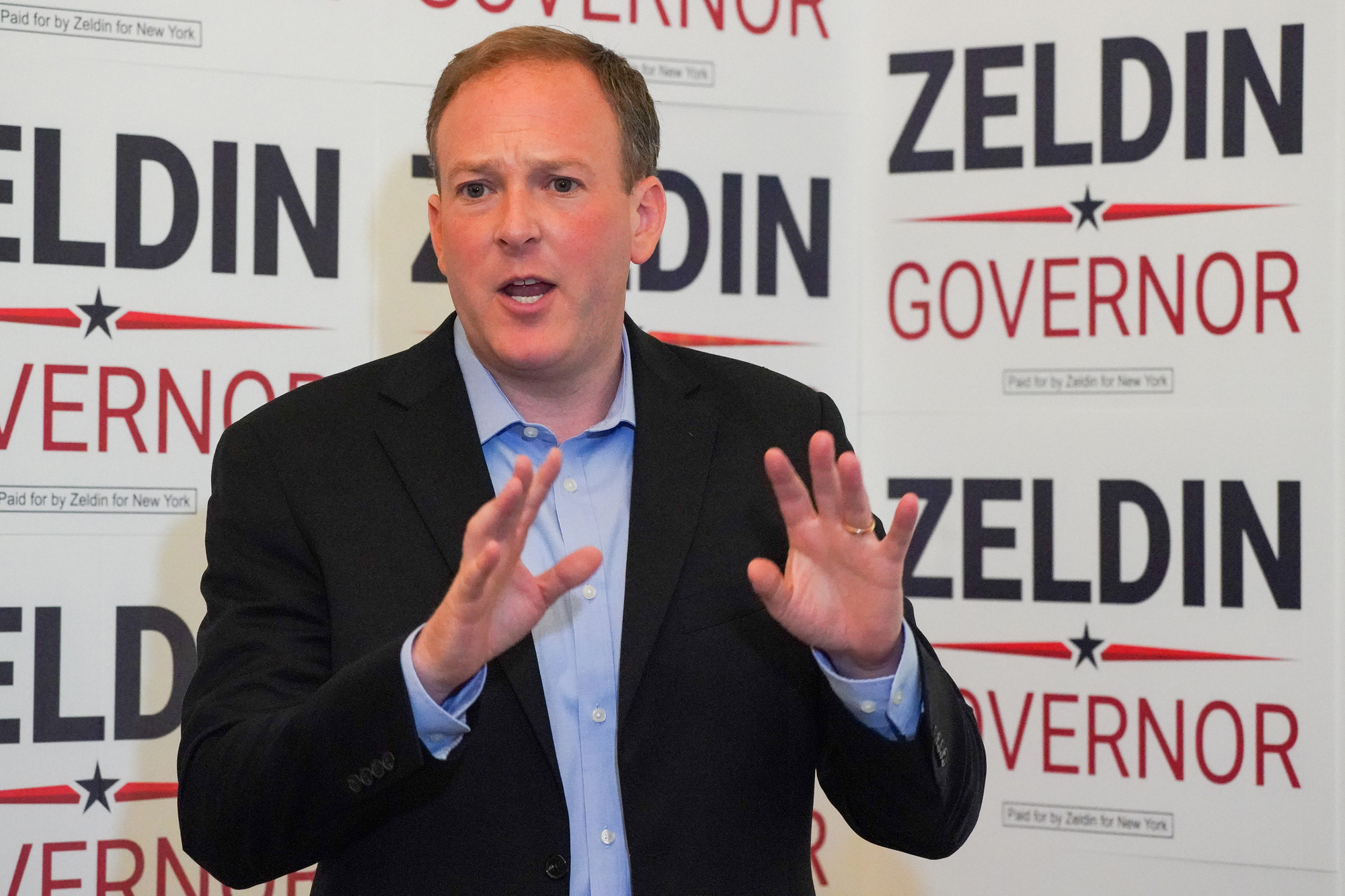 The New York Times just hates that the news keeps proving Rep. Lee Zeldin right to focus on the state’s crime crisis — so it bashes him for highlighting it.

“Zeldin Seizes on Safety After Shooting at Home,” reads Wednesday’s snarky print-edition headline atop the paper’s latest Zeldin hit job. Note the wording: He “seizes” (a favorite media slur of Republicans) on the issue, as if he somehow acted immorally for being outraged by a shooting that took place right outside his home while his daughters were inside doing homework.

The paper rips him for “quickly” assembling a news conference, doing a Fox News interview and using “an appearance at the Columbus Day Parade to imbue his political messaging with a new personal, if frightening, outlook.”

Never mind that this was the second time violence has personally affected the Zeldins just this year: In July, a man physically attacked Zeldin with a pointy weapon and had to be wrestled to the ground. The Times then disgustingly suggested, with zero evidence, that the attacker had been freed on no bail as part of a conspiracy to boost Zeldin’s drive to fix state bail laws.

Never mind, too, that violence happens to be Zeldin’s top priority and the attacks show vividly why he’s chosen to focus on it, so it’d be political malpractice not to highlight them.

Of course, the Times resorted to no such snark — no “Hochul seizes” — when Gov. Kathy Hochul used a May mass shooting in her hometown, Buffalo, to fundraise.

Zeldin is dead right to make crime a top issue. And that it’s affected him so personally does illustrate how out-of-control Hochul and her fellow Democrats have let violence spiral.

Voters should be grateful someone’s “seizing on safety,” no matter how inconvenient for his opponent. If only she and the Times would “seize” on it, too.