The mainstream media lied to me about conservatives 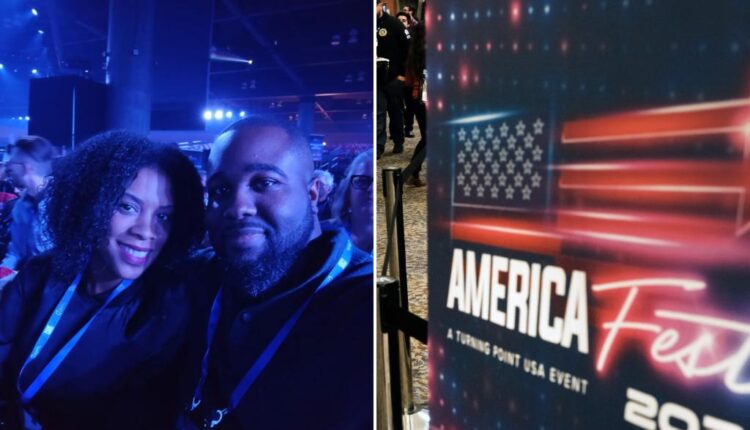 There was a time when I perceived the world of politics through a deceptive lens our mainstream-media optometrists provided me. Although in every other area of my life I would apply skepticism, I made the mistake of automatically trusting them because they told me to.

From the inception of my political curiosity in my mid-20s, the people around me appealed to my race by labeling Republicans and conservatives unabashed and habitual racists. And the media I was consuming reinforced that as being the foundation of their political motivations.

Being a racist is supposed to be our agreed-upon social sin of the modern era. If you wholly believe that one large swath of people has racism cemented to the core of their being, their policy positions no longer matter, even if they conceptually make sense.

This demonizing strategy was like placing mold on my curiosity to understand the other side, spoiling the possibility of having a good-faith consideration of conservative ideals.

For nearly a decade, I consumed false framing of policy positions and outright lies about people on the political right. Even worse, I was being fed half-truths while believing I was undoubtedly being informed.

I was being propagandized to the point of ignoring my own personal experience of living in five states and in a variety of environments, ranging from rural to urban. At one point, I was one of four black children in a majority-white rural middle school and was for the most part treated like everyone else. The immoral people I’m supposed to be constantly scared of, I find, are rare in our society, and that was my experience in rural conservative America.

The mainstream-media bubble I resided in shielded me from understanding varying perspectives, but that’s the point of propaganda: to mentally restrict your curiosity so you stay a loyal customer of consumption.

Information and inconsistencies are the only things that can break you out of this fortress of propaganda. Seeing the inconsistencies surrounding President Donald Trump’s supposed nefarious activities along with consuming independent media gave me the pickaxe to slowly dig my way out. Freed, I saw there was no collusion nor “very fine people on both sides” in the way I was told.

Once I no longer believed in the bad-faith preconceived notion that was implanted into my psyche, I became open to listening to what conservatives had to say and matched their actions to their rhetoric.

After leaving the fortress of mainstream propaganda, I began seeing the narrative creation firsthand — even about events I was part of. Last year, I attended my first conservative conference, Turning Point USA’s Americafest, to listen to the different speakers and partake in some of the festivities. Speakers discussed the importance of family, protecting their children, holding Republicans in political positions accountable and made countless references to their unwavering love for America despite our political gripes.

Juxtapose the narrative being formed on left-wing Twitter and mainstream media: that it was a new-era KKK rally, filled with white supremacists. I was physically there, though, and race was barely mentioned by any of the speakers, let alone in any hateful manner.

If this was to be a KKK rally, it was the lamest KKK rally ever organized. Because for a group whose central theme is supposed to be oppressing and hating people of my complexion, it never once came up.

This was one of many false framings I’ve personally experienced since being exposed to the other side. I’ve witnessed people I personally know, who are moral people, who’ve treated me with nothing but respect, get labeled white supremacists simply because when they show up at the voting booth, they choose R instead of D.

Leaving the fortress gave me the freedom to explore the political landscape with clarity and humility. Neither side has a monopoly on ignorance, and with a population of more than 250 million voting-aged people, racists and bigots are going to exist.

But conservatism’s ideological framework does not advocate bigotry. Conservatism promotes individualism, which means it places importance on conducting interactions in line with someone’s character content over his or her melanin content. If you find a bigoted conservative, then you’ve found an unprincipled conservative — and I want no association with that person; nor will I excuse his or her immorality.

Lies are the vehicle for manipulation that drives us to the destination of someone else’s choosing. My vision is now clear, and I can see the deception. I encourage others to take off those deceptive lenses too.