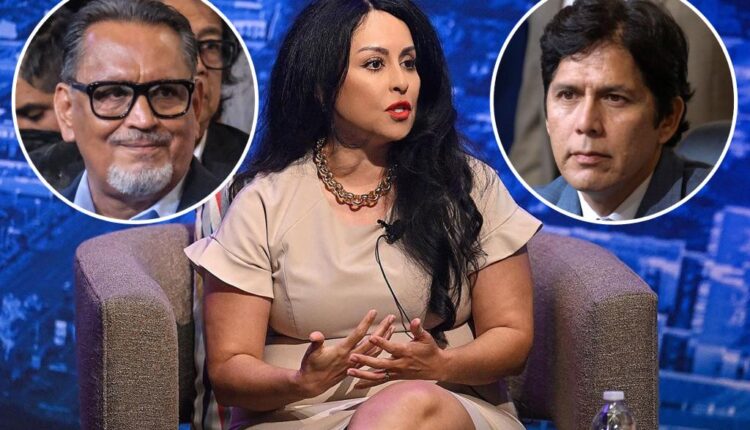 Los Angeles is in an uproar, with City Council president Nury Martinez having been forced to resign her seat earlier this month after the publication of an audio recording of her using racial slurs and abusive language to describe African Americans as well as the people she apparently thinks of as the wrong kind of Mexican immigrants.

Much of the discussion has focused on Martinez’s racist language—“changuito,” “negrito,” etc.— but the real story is not what she said, but where she said it: In a conversation about undermining the electoral power of African Americans in Los Angeles. To be precise, Martinez was bemoaning a redistricting plan that she said would have benefitted black voters at the expense of Latino voters. Which means this isn’t a case of some unschooled bumpkin failing to keep up with the preferred terminology of the day— but about a self-consciously racial political agenda (one so severe that even Pres. Biden opted to weigh in).

This is all the Democrats’ show.

California’s black population has been in relative decline for decades, and while there are no African Americans holding any citywide elected office in Los Angeles, three of the fifteen councilmembers are black—that’s 20% of the council seats held by African Americans who make up less than 10% of Los Angeles’ population. If you are a racial obsessive, that kind of thing matters a great deal—more than anything else, in fact: Identity politics always and everywhere unfolds as a zero-sum game. It is idiotic, but that is precisely how politics works in a city such as Los Angeles: If African Americans win, Latinos must lose.

But, of course, there’s no such thing as “Latinos,” either — not according to Nury Martinez, who in that same conversation sneered about immigrants from the Mexican state of Oaxaca—small, dark, and, in the council president’s estimate, “so ugly.” Democrats are having a hard time in places such as the Rio Grande Valley and South Florida precisely because their insincere appeals to a fictitious unitary “Latino” political bloc are fundamentally at odds with the realities of life in much of Texas and Florida.

It is in big, progressive, Democrat-run cities, not in Southern farm towns, where racial and ethnic tribal competition remains a lively and open part of U.S. politics. Consider the efforts in New York and other cities to “Keep Chinatown Chinese,” with moves to prevent the integration of long-standing ethnic enclaves by, for example, advertising apartment vacancies in Chicago’s Chinatown only in Chinese. The changing ethnic characters of neighborhoods and cities were once associated with “white flight,” but, in our time, the result may as easily be a lamentation for The Last Black Man in San Francisco. There was a time when Anglos didn’t want Cubans moving into their neighborhoods—today Cubans in Miami’s Little Havana worry about “gentrification,” meaning white people and the Teslas and Whole Foods Markets that accompany them everywhere they go.

The communal feeling that goes along with life in old-fashioned ethnic neighborhoods is not always a good thing — there was a time when Jews wandered into Irish neighborhoods in Philadelphia or the Bronx only at their peril — but it is a normal and familiar thing, often rooted in shared immigrant experience or in the shared experiences of African American life. But the ideology behind what we call “identity politics” poisons that with its insistence that we are not individuals endowed by our Creator with certain unalienable rights but instead are, first and foremost, the demographic boxes we check: black, white, Jewish, Latino, gay, etc.

There has always been a politics of “Us,” but contemporary identity politics produces a particular toxic politics of “Us and Them,” which is a different thing altogether, an unpleasant reality in which the people of Los Angeles currently are being instructed.

Kevin D, Williamson is the national correspondent for The Dispatch and a writer in residence at the Competitive Enterprise Institute