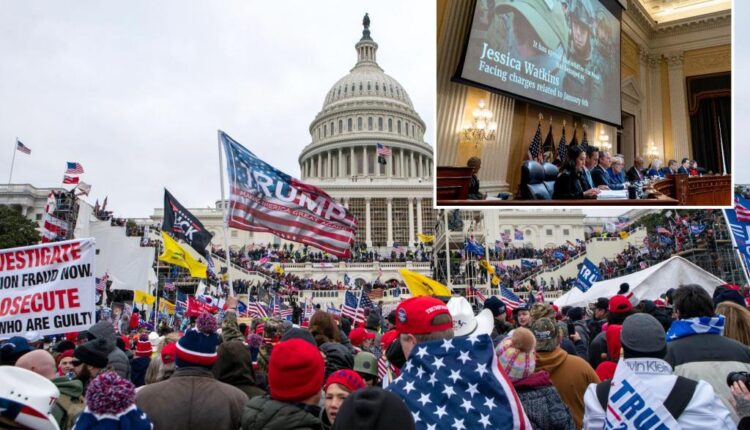 The Jan. 6 Committee just revealed how nakedly political it is. Forget protecting the nation: It’s safeguarding the Democratic Party.

After conducting hundreds of depositions and closed-door hearings, committee staff were notified last week that most of their findings — about domestic extremist groups and about law enforcement’s failure to protect the Capitol — will be excluded from the final report.

All those investigations, paid for by taxpayers, are destined for the circular file. The report, due before the end of the year, will be about Trump and nothing but Trump.

A sensible decision, if the committee’s only purpose is to cripple a Republican presidential candidate.

Trump’s conduct that day is damning. But the Committee’s mandate was broader — to ensure that the process of electing a president, and the Capitol itself, would be inviolate no matter who runs.

The Jan. 6 riot was abhorrent, a low point in the history of our Republic. Americans deserve a complete, factual report on how it happened and what can be done to prevent a recurrence.

In the months before the midterms, President Biden and his media allies pummeled Americans with warnings that the nation is threatened by soaring, violent right-wing extremism. The New York Times called it the country’s “top terrorism threat,” citing the Department of Homeland Security.

Bennie Thompson (D-Miss.), a co-chair of the Jan 6 Committee, insisted that attack on the Capitol was not an isolated incident. Singling out “right wing extremists” for most of the blame, he claimed terrorists were “reducing state capitols, grocery stores, schools, houses of worship and concerts to crime scenes.”

Frightening rhetoric that undoubtedly had an impact on voters, even among the 75% who said the nation is going in the wrong direction. How true are these claims? The Jan. 6 Committee should be providing the public with facts.

Americans can’t rely on the FBI. The agency is playing politics, manipulating data to make it look like right-wing extremists threaten America, according to whistleblowers cited by a House Judiciary Committee minority report.

FBI data keepers reclassified incidents as domestic terrorism. They also took each one of the many hundreds of Capitol rioters arrested and made a separate case file located in the local FBI office near the rioter’s residence, to create the illusion of a nationwide threat instead of a single incident in Washington, DC.

The Times editorial board ginned up fear on Nov. 3, claiming “incidents of political violence in the United States by right-wing extremists have soared.”

The Times struggled to incriminate right-wing Republicans for the despicable hammer attack on Paul Pelosi, husband of Speaker Nancy Pelosi, saying the attacker “echoed their hatred of Nancy Pelosi” while at the same time conceding “it’s unclear whether the man had links to any of them.”

Nineteen deaths were linked to the two weeks of rioting following George Floyd’s murder. These tolls pale beside the 25,000 homicides yearly in this country. Crime, and pro-crime policies favored by Democrats, are the real threat to our safety.

CSIS reports that political violence is increasingly a side effect of urban protests and marches. In 2021, 73% of these attacks were “orchestrated by far-left individuals,” often in opposition to law enforcement.

The Jan. 6 Committee should do its job, providing undoctored data and an accurate perspective on whether the nation is threatened by violent right-wing extremism. Perhaps the committee is ducking the issue because the truth doesn’t agree with Democratic rhetoric.

Instead, the committee’s spending its final weeks putting on a sideshow over whether Donald Trump will testify.