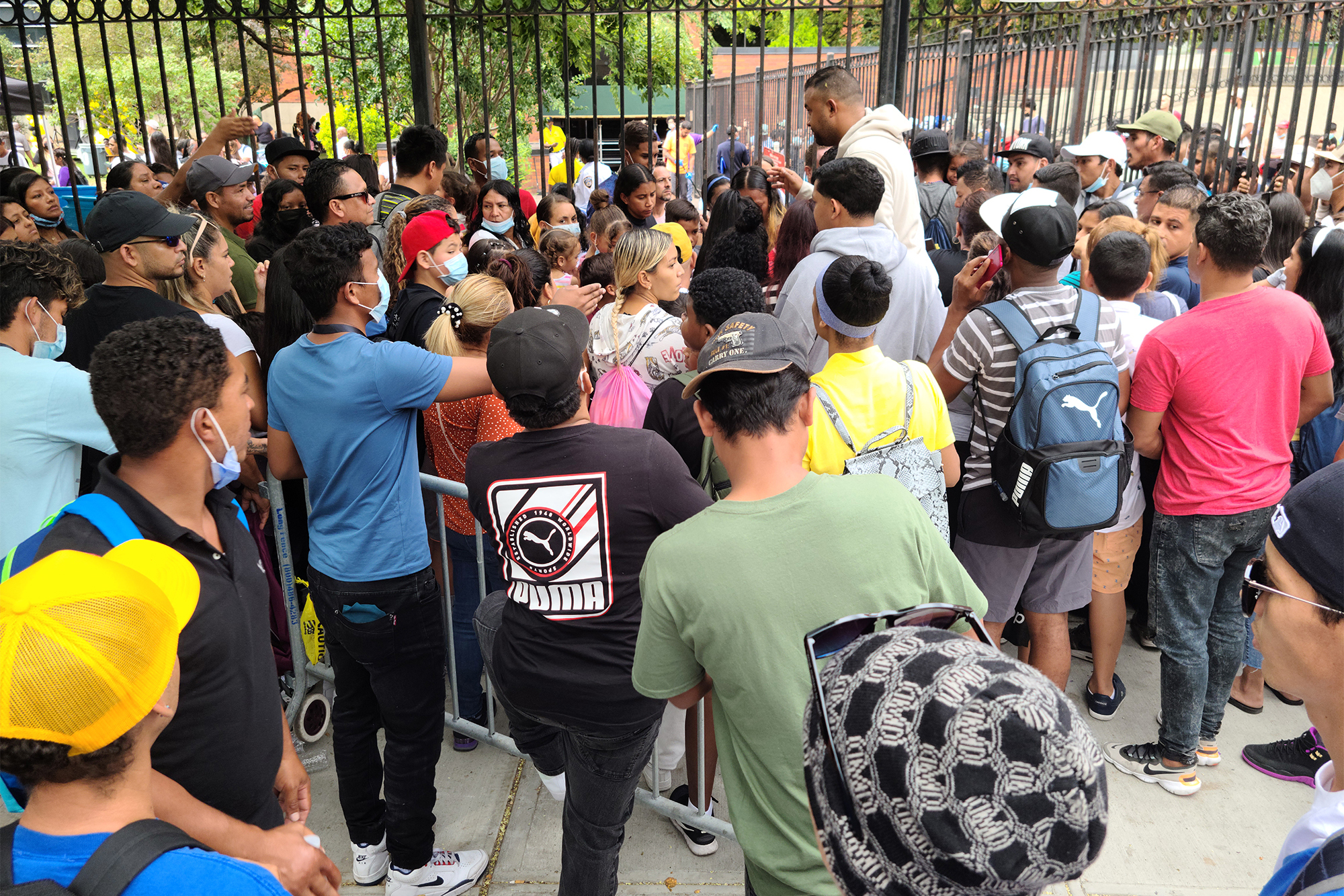 Who else finds the city’s response to its illegal-migrant influx utterly surreal?

Over in The Bronx, hundreds of migrants lined up Sunday to sign up for health coverage and collect food, free phones and school supplies.

Friday at Department of Education headquarters, Chancellor David Banks detailed plans to get a thousand-plus migrant kids enrolled in public schools before classes start Sept. 8 — amid “advocate” complaints that the DOE hasn’t been moving fast enough.

Meanwhile, Department of Social Services chief Gary Jenkins is embroiled in accusations that he tried to cover up the “scandal” of some migrants having to stay overnight at an intake center rather than immediately being gotten to shelters. Oh, and the beleaguered hotel industry is jumping to offer new shelter space — at a price, of course.

All this amid Mayor Eric Adams’ ongoing war of words with Texas Gov. Greg Abbott, complaining about the relative handful of migrants Abbott’s busing north to highlight how overwhelmed his towns are by the thousands arriving daily.

Yet Adams was silent for months about the migrants sent here by the Biden administration — which is responsible for literally waving in the entire vast wave, and for distributing countless illegal border-crossers across the nation, including via secretive middle-of-the-night flights.

It’s beyond bizarre that the city’s entire power structure (most certainly including those all-too-powerful “advocates”) treats this insanity like it was some new form of weather, a challenge that erupted out of the blue through no one’s fault — except Abbott’s, of course.

Set aside the refusal to even mention the president’s central role, and the fact that he’s executing what somehow has become Democrats’ dogmatic open-borders policy (even if they refuse to put it that way, all joining in the “just the weather” denial).

Ignore, too, that this crisis should have some New York leaders finally questioning the city’s “shelter for all comers” guarantees, and its extremist (since Mayor Bill de Blasio redefined it) “sanctuary city” policy.

Why does everyone insist on ignoring the migrants’ own agency here? These people chose to come — chose to travel thousands of miles to illegally enter another country, usually crossing other countries where they could have stayed — and then to come to New York City.

Heck, those who arrive send word back home (and to those already en route) about how to game the system, on top of advice from the federally funded “advocate” nonprofits urging them to make the trip.

Yes, many of them rush to find some way to be self-sufficient. And they’re all seeking a better life, and responding to the “come on in” signals so many Americans send.

But all of this is a result of human choices, not of mysterious forces requiring the rest of us to simply adjust. Routinely, universally pretending otherwise may be politically convenient, but it increasingly enrages everyone in the reality-based community.