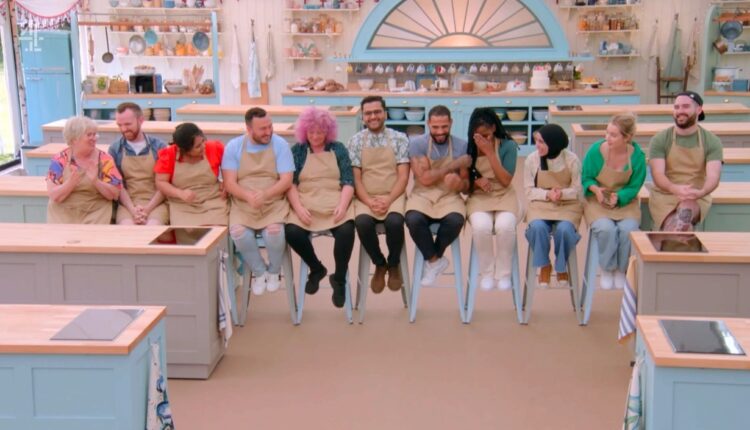 As a consumer of way too much television, I am sharing my thoughts on a few of my favorite TV shows. Here are a few of my miusings [sic] regarding the Biscuit Week episode from The Great British Baking Show:

Here is a run-through of the new batch of bakers and how they fared their second week in the tent.

Abdul – Biscuits were hit or miss for Abdul. His macaroons had too much coffee in them, he came in last place in the technical challenge with his 12 garibaldi biscuits but redeemed himself in the Showstopper challenge with his 3-D parrot mask.

Rebs – While Rebs won the technical challenge, she struggled with her macaroons and her mask was kind of boring and on the small side.

Dawn – Dawn got the first handshake of the season for her macaroons. Sadly, her 12 garibaldi biscuits were too dark, but she redeemed herself with her macabre mask in the showstopper.

Carole – Carole had the first dessert disaster of the season when here mask collapsed. This landed Carole in the bottom, but luckily her flavors saved her.

Kevin – Kevin’s ice cream cone macaroons had too strong of a flavor, and he didn’t fair that great in the other challenges either.

Maisam – The youngest baker at 18 had a very rough week and ended up being the baker who was sent home. Too strong flavors and simple designs are what ended up doing Maisam in.

Maxy – Maxy was the recipient of the second Paul Hollywood handshake of the season for her delightful daisy macaroons. Maxy kept the momentum going throughout the bakes (that mask was quite impressive) and was able to win Star Baker.

James – James had a pretty decent week. A big improvement for his first go round. His horror creature mask was a sight to behold.

Syabira – Syabira brought the comic relief in the technical challenge when she confused feathering the chocolate on the side of her biscuit with white chocolate meant to make a white-chocolate feather to put on top of them. She’s adorable.

Sandro – We got a glimpse of Sandro working out so that was a treat. As for the baking, his macaroon burgers turned out pretty well, and he was in the top three for the technical challenge, and his carnival mask which was inspired by fighting gender stereotypes was very pretty and deemed delicious.

Janusz – Last week’s Star Baker fared pretty well again this week. His mask was a mashup of LGBTQ colors and cubism, and he was praised for his flavors.

My very early picks for the final three are Sandro, Janusz, and Dawn, with Abdul and Maxy close behind.

Putin’s nuke threats reveal his weakness — not his strength